‘It Was a Terrifying 12 Hour’: 7-Year-Old Temporarily Paralyzed by Toxins From a Tick Bite

‘It was a terrifying 12 hours’: 7-year-old temporarily paralyzed by toxins from a tick bite

A week-and-a-half after her first ever overnight summer camp, Jenna Ganahl, seven, couldn’t feel her legs.

It seemed at first like her legs had just gone to sleep, as everyone’s occasionally do if we sit too long, but the next morning, the little girl’s legs still didn’t seem to work.

Her mother, Heidi, was terrified and rushed her daughter to the doctor.

Heidi had no idea what could do such a thing to her energetic, healthy little girl, and never would have guess the diagnosis doctors ultimately gave them: tick paralysis.

She’d had no idea that the few tiny parasites embedded in Jenna’s hair when she got back from camp could do such a thing, according to Heidi’s Facebook post.

And the physicians warned that Colorado’s unusually warm, wet summer could mean more kids are at risk for temporary paralysis. 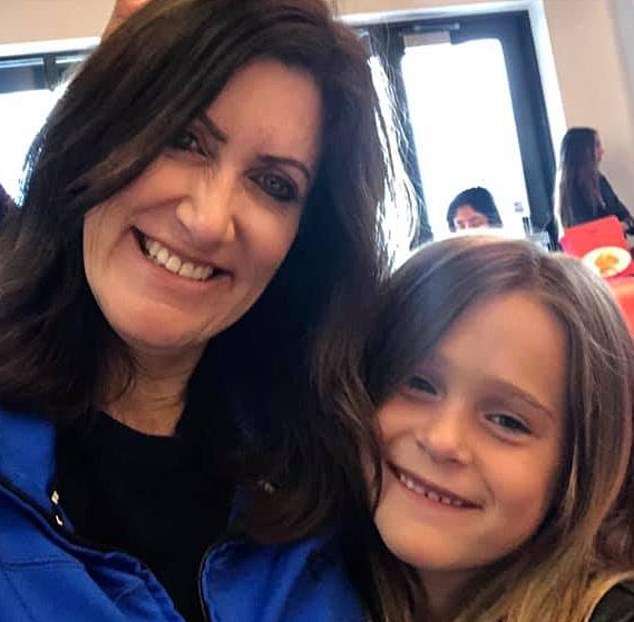 Heidi Ganahl (left) plucked several ticks from her daughter, Jenna’s (right) head after the seve-year-old got home from camp, but a tiny piece of one of the bugs left in the little girl’s scalp caused her to develop rare, temporary tick paralysis

The US is getting warmer and wetter as climate change alters our environment.

That’s good news for populations of deer, dog and blacklegged ticks, and bad for the people and pets they like to prey on.

Dealing with a tick bite is mostly just itchy and unpleasant as they have to be carefully plucked from the skin where they bury their heads to gorge themselves on the blood of mammals.

But as the number or ticks living and feeding in the US grows, so does the number of people sickened by the parasites.

In fact, in 2017, tickborne illnesses struck a record-shattering 59,349 people, according to the Centers for Disease Control and Prevention’s latest data.

But one illness is caused not by a bacterial or viral species the ticks carry, but by a compound from the animal itself.

Ticks’ saliva contains a neurotoxin that can seep into the human bloodstream if you get bitten by a tick.

There are 40 species of the parasite that carry the immobilizing toxin, according to the American Lyme Disease Foundation.

Interestingly, the toxin seems to be present in a female tick that’s carrying eggs and reaches a human when she bites and attaches to a host to feed.

But it’s a slow process.

Paralysis may not set in for five to seven days after the tick attaches, and it may not start as paralysis, but as fatigue, weakness, numbness and muscle pain.

Jenna had numbness, that feeling of her legs being ‘asleep.’

Her mother, Heidi, ‘had a bad feeling’ and took her to the doctor.

She told the the doctors about the ticks she’d found in Jenna’s hair after summer camp and that she’d plucked them out. 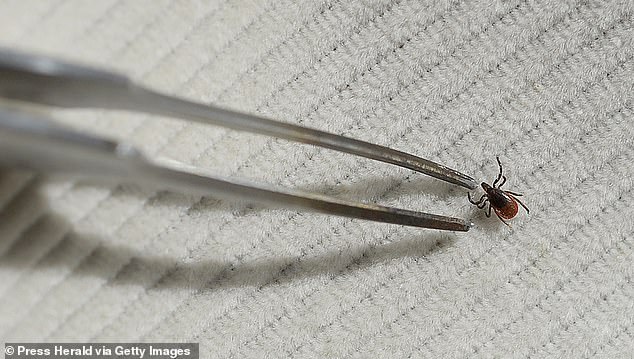 The saliva of female ticks carrying eggs (not pictured) may contain a paralyzing neurotoxin. If any little bit of the parasite is not removed carefully and cleanly, the toxins may continue to seep into the host body, causing paralysis in rare cases 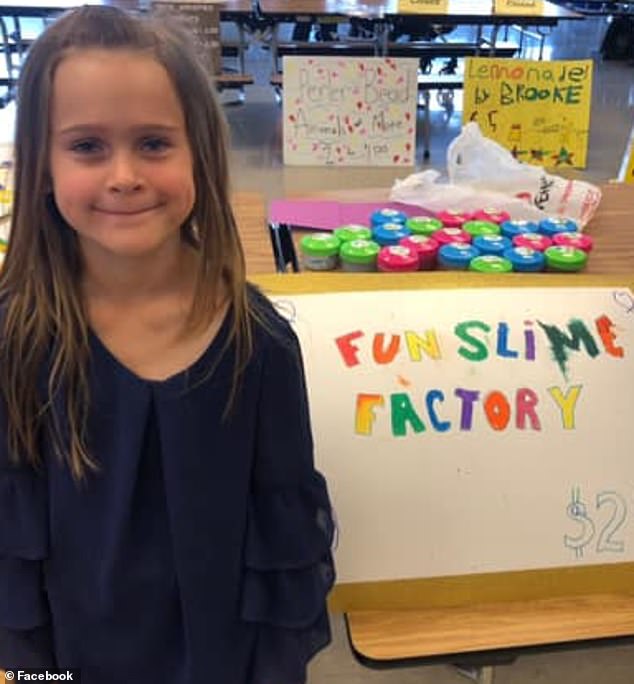 But after careful inspection, the doctors found a tiny fragment of a tick that had been left behind when Heidi had removed the bugs.

‘It was only caught because of the great docs (most CU School of Medicine) that recognized the similarities to two other cases in recent weeks there (it’s extremely rare so it was very abnormal to see 3 cases in 3 weeks),’ Heidi wrote on Facebook.

This tends to be the way of tick paralysis – it comes in periodic waves, likely when weather conditions are optimal for ticks to fertilize or lay their eggs.

‘It was a terrifying 12 hours as we waited to see if they were able to remove the tiny bit of tick left in her producing the toxin had been cleaned out of the wound (they didn’t see it),’ wrote Heidi.

‘The only fix is to get it out or things get very bad.’

In about 12 percent of untreated cases, the patients die.  But, fortunately, once the tick is removed the toxin stops flowing to the person and paralysis subsides.

‘She is ok!’ Jenna’s mother wrote.

‘Other than never wanting to go in the woods again.

‘I learned more about ticks than I ever wanted to know – the wet weather makes for a bad tick season, check your little ones often, if you find one remove them with tweezers and scrub the wound to clean it out thoroughly with soap and water to make sure you get it all, then watch for symptoms for 14 days. Take it seriously this year.’

_________________
**Comment**
Again, the climate has nothing to do with this. Ticks are marvelous ecoadaptors and will be the last species on the planet besides the IRS:  https://madisonarealymesupportgroup.com/2018/08/13/study-shows-lyme-not-propelled-by-climate-change/

“The climate change range expansion model is what the authorities have been using to rationalize how they have done nothing for more than thirty years. It’s a huge cover-up scheme that goes back to the 1980’s. The grandiose scheme was a nefarious plot to let doctors off the hook from having to deal with this debilitating disease. I caught onto it very quickly. Most people have been victims of it ever since.  This climate change ‘theory’ is all part of a well-planned scheme. Even the ticks are smarter than the people who’ve concocted this thing.  Climate change has nothing to do with tick movement. Blacklegged ticks are ecoadaptive, and tolerate wide temperature fluctuations…..It’s all a red herring to divert your attention.”- John Scott

Comments Off on ‘It Was a Terrifying 12 Hour’: 7-Year-Old Temporarily Paralyzed by Toxins From a Tick Bite

Who Owns the ELISA Patents…