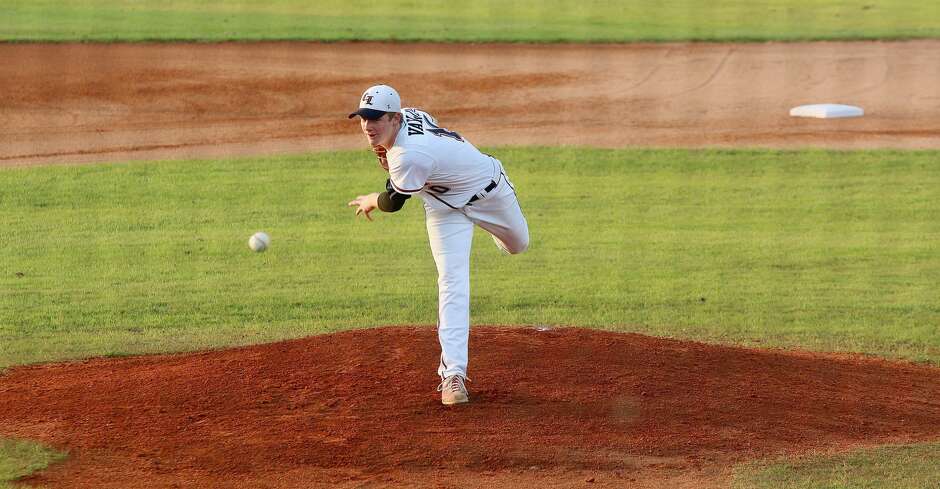 After being diagnosed with Lyme disease four years ago, Gerrit van Zijll thought his baseball career was over. But lifted by a newly formed relationship with God, he eventually got back to the sport he loved.

Now, van Zijll has a chance to take his talent to the pros. The lefthanded pitcher was selected by the New York Yankees in the 22nd round of the Major League Baseball Draft on Wednesday.

His baseball journey is the path less traveled.

In 2015, the Clear Lake graduate was about a month into his collegiate career with Cameron University when he started experiencing brain fog and severe fatigue. But no one could figure out what was wrong with him.

Multiple opinions from doctors varied from van Zijll had a heart condition to one recommending brain surgery. It wasn’t until eight months later that he was diagnosed with Lyme disease and then the treatment process could begin.

Van Zijll said he didn’t have a relationship with God at the time. But about a year into treatment, he said, the Holy Spirit led him to pick up his baseball glove and get back to the sport he loved.

“I have faith in You (God), and I trust You and I’ll do that, but I’m still sick,” van Zijll recalled saying at the time. “No team’s going to want a guy that can barely operate and has Lyme disease. But if You say to do it, I’ll do so.”

It took awhile, but van Zijll returned to the mound in August 2018 at Alvin Community College. Exhausted by the summer heat, van Zijll was ready to quit after the first day of practice. He said he wasn’t ready, and his body couldn’t handle it.

Van Zijll sat down in the office of coach Jason Schreiber, ready to give up until Schreiber turned to him and said, “You’ve been doing this for a day. Take your time. We believe in you, and we want you to be here.”

It was a conversation that changed his life, according to van Zijll.

A few days later, Schreiber saw van Zijll topping out at 93 mph and not throwing one fastball under 90.

“He is an effortless load of mid-90s kind of guy,” Schreiber said. “The biggest thing about him is that he hardly looks like he’s working to throw a baseball. And those guys make tremendous stars.”

If he had not been drafted, van Zijll would have played for Texas Tech next season. At one point, he thought he heard God telling him that he would be drafted in the fourth round. It didn’t happen, but he didn’t lose faith.

“The fourth round came and went, and I was like, ‘OK, maybe I missed that one,’ ” he said.

Van Zijll, who grew up an Astros fan, said he’s excited to begin his career with the Yankees organization and hopes that one day he’ll be able to play in his hometown.

“One thing I’m really looking forward to is not having to face Aaron Judge and Giancarlo Stanton,” he said. “That’s a huge sigh of relief to not have to see those guys step in the box against you.”

Houston, we have a problem…..

Yes, Lyme/MSIDS is in Texas.  Doctors need to wake up.

3 Conditions That May Be Mistaken For Lyme Disease