Syracuse, N.Y. — Bryon Backenson has taken ticks head-on since 1992, walking the woods and fields of New York and Connecticut to find, gather and test disease-carrying ticks.

“We go to 150 sites in spring and fall to collect ticks,” said Backenson, New York’s deputy director of communicable disease control. “In the years we’ve been doing this with staff and students, we’ve never had anybody who has gotten a tick-borne disease.”

Ticks, particularly the black-legged or deer tick, carry a variety of diseases. The most common and well-known is Lyme disease, caused by a bacteria carried in the tick’s gut.

Backenson said he and his fellow researchers are living proof that prevention works.

“We practice what we preach,” he said. 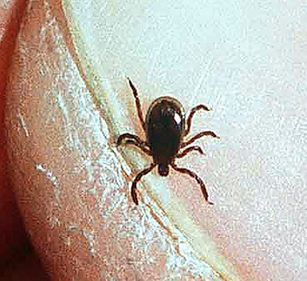 Upstate NY tick expert: How to protect yourself from Lyme disease

Ticks have been increasing as the climate warms, SUNY ESF researcher says.

He recommends that if you’re going to be in an area likely to have ticks, you do what researchers do:

— Wear light-colored clothes so you can see the dark ticks climbing on you.

— Tuck the bottoms of your pant legs into your socks to make it harder for ticks to reach your skin.

–Check your entire body at least every 24 hours, and remove any ticks you find on your skin.

— Consider using bug repellents that contain DEET for skin and permethrin for clothes. (Researchers in the field have one disadvantage here: They can’t wear bug repellent because they’re trying to catch ticks, not scare them away.)

“As long as people take the proper precautions and end up removing ticks, there’s a really good likelihood you’re not going to get some tick-borne disease,” Backenson said. “If you happen to get the rash from Lyme, or flu-like symptoms that make you suspect Lyme, early doses of antibiotics can cure relatively quickly the majority of cases we see.”

Backenson also said that most tick bites likely don’t lead to disease because the ticks are pulled off before they can ingest blood and inject the bacteria. He said New York has about 8,000 new cases of Lyme disease every year, but he estimates that New Yorkers get 40,000 to 50,000 tick bites every year.

“I firmly believe there are lots and lots of tick bites out there that don’t necessarily lead to disease,” Backenson said.

The health department has several videos on its website about how to keep ticks away, and how to pull them off when they bite.

The peak season for Lyme disease, late spring and summer, is approaching. That’s when the tick nymphs are feeding, and they account for the vast majority of Lyme disease cases. While nymphal ticks are less likely to carry the bacteria than adult ticks, nymphs are much smaller, so people don’t see them to remove in time. Nymphs also tend to be most active in summer, when more people are out in woods and fields.

In much of Upstate, about 25 percent of nymphs carry the Lyme bacteria. That jumps to about 50 percent in adults, which have fed more often than nymphs and have had more chances to get the bacteria from the blood of deer, rodents and other animals.

Ticks are marvelous ecoadaptors and are impervious to the climate as shown by independent Canadian tick researcher John Scott:  https://madisonarealymesupportgroup.com/2018/08/13/study-shows-lyme-not-propelled-by-climate-change/

Again, researchers are about statistical significance – not individual significance.  If you are the ONE sorry sucker who gets infected, all the statistics in the world become irrelevant.  Why they state such things is beyond me.  Treat each and EVERY tick bite seriously.  https://madisonarealymesupportgroup.com/2016/12/07/igenex-presentation/ In this link we learn about a little girl that within 4-6 hours has facial palsy, and couldn’t walk or talk.  Some cases escalate quickly.

As far as the bull’s eye rash goes, anywhere from 27-80% get it – hardly a sure thing. IF you have the rash, you HAVE LYME DISEASE.  Period.  If you don’t get the rash, it means nothing.  The rash criteria has kept people from diagnosis and treatment for decades.  Don’t let this happen to you.  The “wait and see” if you develop symptoms approach has not and will not ever work.    If you are bit by a tick, go in immediately and demand treatment.  This could very well save your life and prevent you from chronic life-long symptoms.

Comments Off on Upstate NY Disease Expert: Prevention Really Works. Do it.