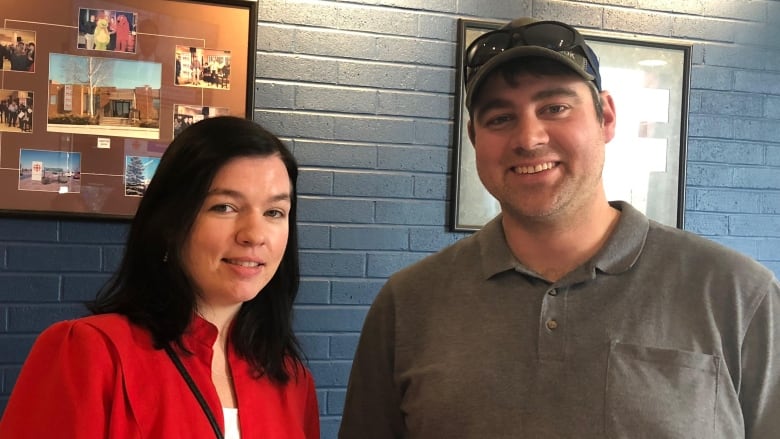 Caitlin Leonard and Rory Pronk are sharing their experiences with Lyme disease to spread awareness and support others who may be infected. (CBC)

Caitlin Leonard says she spent years trying to figure out what was behind her health problems.

She had depression and anxiety so severe she could “barely go outside,” but she also had extreme lethargy and felt physically very ill, “like you have malaria or something,” Leonard said.

“Not to be dramatic, but I was basically dying.

“And my doctor was telling me, ‘You have anxiety,’ and, ‘Eat well. Get exercise.'”

Leonard said it was a lonely and confusing time.

“Even your family doesn’t understand, you know.”

It never occurred to her she could have Lyme disease.

“I didn’t really know what it was,” she said.

That changed about six years ago, when her parents heard an interview with another patient, Rory Pronk, on Information Morning Fredericton.

Two survivors of Lyme disease share their stories of recovery six years later. Host Terry Seguin speaks with Caitlin Leonard and Rory Pronk about how they got back their health and their lives. 15:37

Leonard had gone to school with Pronk, and his parents paid her a visit.

“They took one look at me and were like, ‘If you don’t have this, we’re going to be really surprised,” said Leonard.

I was so happy to just do normal things again and talk to people and go to bars and just be a young person and have friends and stuff.– Caitlin Leonard

The Pronks gave her advice about what to do and what tests to get.

“And it was the beginning of me getting better, actually.”

But even after a blood test in California came back positive for Lyme disease, she still couldn’t get treatment at home.

“At the time, which is not that long ago, there was no real recognition that I found in New Brunswick,” Leonard said.

She decided to move in with a relative in Alberta, where she eventually found a medical doctor who was also a naturopath and willing to try to help her.

“She was like, ‘I don’t know how to treat this, but I believe you,'” Leonard said. 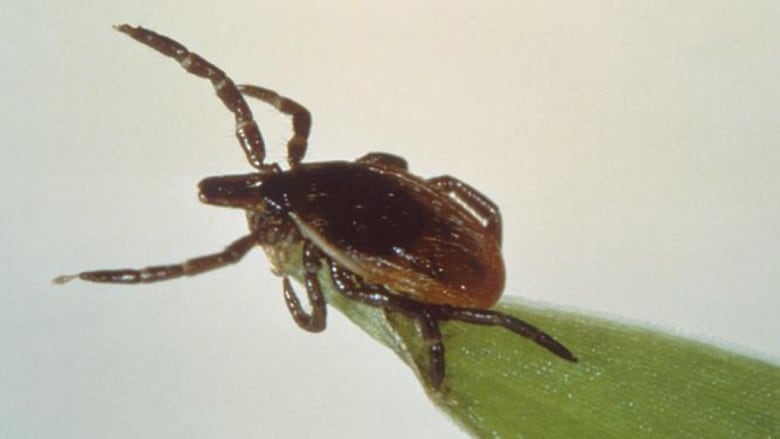 A deer tick, or blacklegged tick, rests on a blade of grass. This is the type of tick that carries Lyme disease. Ticks can attach to any part of the human body but are often found in hard-to-see areas such as the groin, armpits, and scalp. In most cases, the tick must be attached for 36 to 48 hours before the Lyme disease bacterium can be transmitted. Most humans are infected through the bites of immature ticks called nymphs, which are difficult to see. (CDC)

Under the supervision of a practitioner of Chinese medicine, she began treatments with natural supplements in 2013.

“I’ve gotten so much better,” she said. “I think it really saved my life.”

She recalled how life changing it was to return to good health.

“I was so happy to just do normal things again and talk to people and go to bars and just be a young person and have friends and stuff,” said Leonard.

She urged anyone who suspects they may have Lyme disease to check the list of symptoms on the New Brunswick Health Department website and to talk to their doctor.

“Just trust what you feel because maybe you don’t have Lyme disease, but maybe you do, and if you do, you deserve to be treated,” she said.

“If you see one doctor and you don’t get anywhere, keep trying until you find somebody who believes you because there are doctors out there now that are treating it,” Pronk said.

Pronk is involved in a support group for Lyme patients. It meets at 6:30 p.m. on the first Thursday of every month at Brunswick Street Baptist Church in Fredericton.

Sunbury and Queens join Charlotte, Kings, Saint John, Westmorland, Albert and York counties as regions where a person can come in contact with blacklegged ticks.

People in those areas are advised to avoid contact with tall grass, shrubs and leaves, to use insect repellent, to check for ticks after being outdoors and to see a doctor if they develop flu-like symptoms within 30 days of a tick bite.

Comments Off on Lyme Patient Misdiagnosed With Anxiety & Depression