A New Brunswick tick research expert and a Fredericton man are warning New Brunswickers to check themselves and their loved ones for ticks throughout the winter to prevent Lyme disease. Ticks can strike at any time, even if there’s snow on the ground. Global’s Adrienne South reports.

Research biologists are warning New Brunswickers to be extra cautious when it comes to checking themselves, their loved ones and pets for ticks this winter in an effort to combat Lyme disease.

Dr. Vett Lloyd, a biologist at Mount Allison University biologist, told Global News that the risk of infection is just as prevalent in the winter as any other time of the year.

“We’re seeing more ticks every year and that’s true of ticks in the winter as well,” Lloyd said.

“It’s worse this year than it was last year.  The ticks are not going away.”

Lloyd said it’s essential for New Brunswickers to check themselves for ticks.

Lloyd said even when there’s snow on the ground the sun can warm parts of the ground where the ticks are hiding just under the surface of the soil.  She said when areas of snow melt the ticks can come up and will be hungry and looking for people or animals to feed from.

“Saying there are less [ticks] than in the spring and the fall doesn’t really help you if the one that was out there found you.  If you’ve been outside you absolutely have to check yourself and make sure there are no ticks hitching a ride in on you.”

Brian McEwing of Fredericton said he was out geocaching on on a mid-November day in 2011 when he was bit by a tick that tested positive for Lyme disease.

McEwing said he was only about a hundred metres into a woodlot area in Fredericton, close to major roadways, when it happened.  Although he didn’t notice it at the time because he was wearing heavy winter clothes, he said the next morning he found that tick half-way burrowed into his left arm. 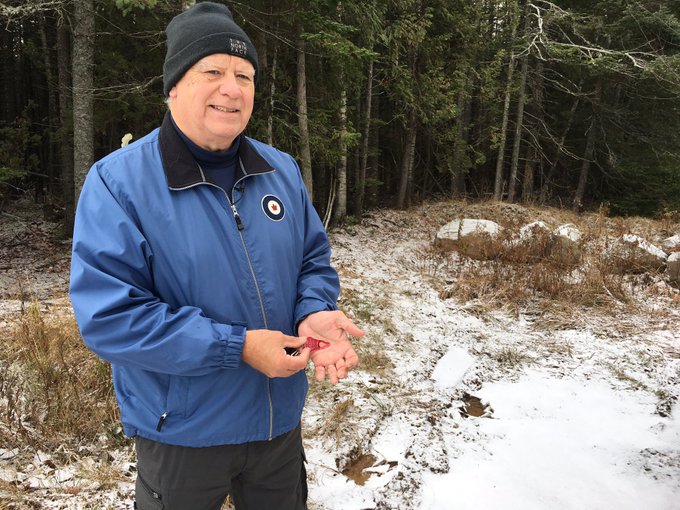 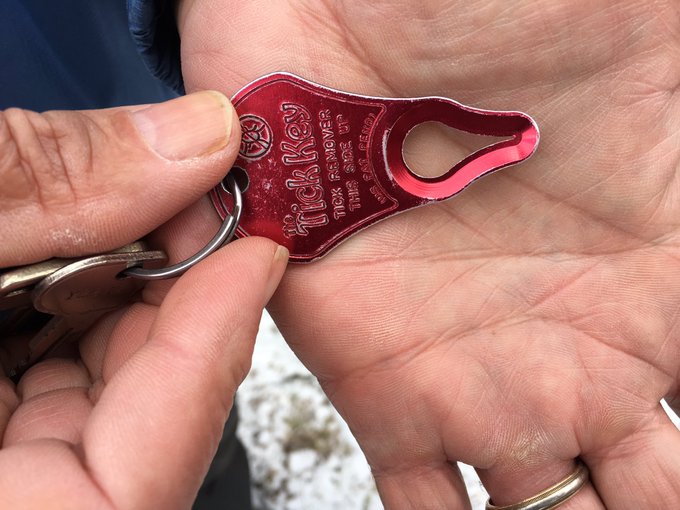 A Fredericton man wants New Brunswickers to be sure to check themselves for ticks year-round, even if there’s snow on the ground @Global_NB

After removing most of the tick, McEwing said he visited his doctor who prescribed him a ten-day dose of antibiotics and sent the tick away to a lab for testing.

McEwan said he did some research that suggested 30-days of antibiotics was more effective in treating Lyme and asked his doctor for more antibiotics.  He said he was fortunate to have noticed the tick early and has never displayed any signs or symptoms of the disease.

He said he was surprised to realize that ticks could survive outdoors with snow on the ground. 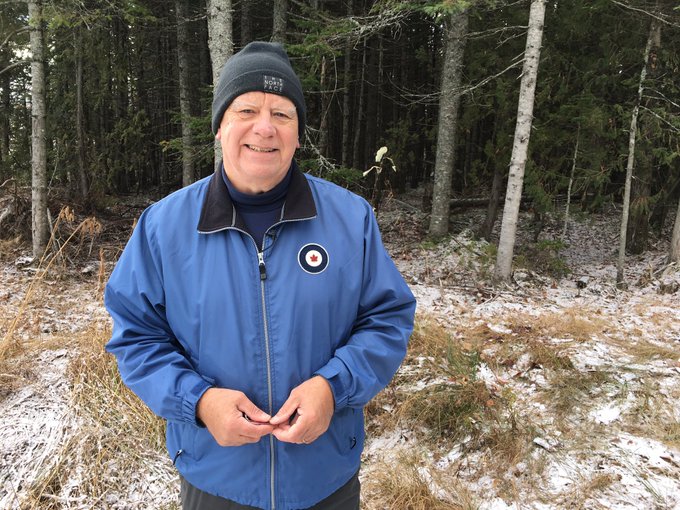 “I thought they’d die or hibernate or something, so I was quite surprised,” McEwing said.  “I was shocked.  I just thought once you had snow on the ground…that the chances of picking up a tick would be next to zero, but I found out since [then] they can be active year round.”

McEwing said that while the province has announced there are five high risk regions in New Brunswick with denser populations of black legged ticks in the province, he said ticks can be anywhere and people need to be alert.

“I don’t put a lot into this hot spot thing, I think the message really to get out to people is really that you can pick up a tick anywhere.  Whether it’s a hot spot area or not, I think they’re literally everywhere in the province.”

Dr. Lloyd said Lyme disease can also be harder to diagnose in winter  because the symptoms are always “non-specific” and can easily be confused with the flu.

“Certainly if you come down with flu symptoms in the winter, the first thing you are going to think, and probably the first thing your doctor will think is the flu.  That’s unfortunate, we have to get used to the fact that you can get ticks and there’s a risk of Lyme disease year-round,” Lloyd said.

Great, candid article, and frankly an example of what should be circulating about ticks and LD rather than the typical, “Ah, don’t worry, it’s just out East,” or “Ah, it’s winter, ticks aren’t active.”

Ticks will be the last living thing on planet earth.

For more on ticks in cold weather:  https://madisonarealymesupportgroup.com/2016/01/20/polar-vorticks/ (great video)

Diagnosis and Management of Lyme Neuroborreliosis

Scary Side of Childhood Strep