Israeli Kids Get Lyme Disease From Ticks in Caves 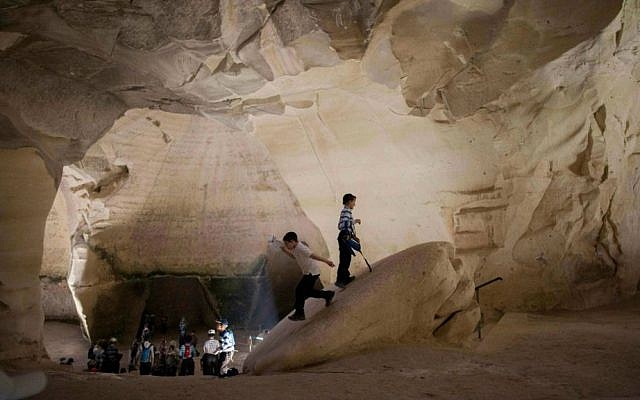 The Health Ministry on Monday warned the public not to enter caves in a section of the Judean hills after three children were infected with tick-borne Lyme disease in the area.

The youngsters, from the Kfar Eldad settlement in the West Bank, near Jerusalem, were bitten by ticks during the summer while helping to renovate caves near Nokdim, southeast of Bethlehem. The cases came to light in reports to the Jerusalem district health department.

The children were hospitalized, and one had to return to hospital two weeks after her antibiotic treatment had finished because of a resurgence of the infection.

Lyme disease is caused by the tick-borne Borrelia bacteria and enters the bloodstream via saliva when an infected tick bites a human or animal.

The ticks flourish in the cracks and on the floors of caves.

The risk of infection is low if the tick is attached for less than 24 hours, but detection is difficult because they are small. The incubation period from infection to the onset of symptoms is usually one to two weeks, but can be days, or months and even years. Symptoms include high temperature, shortness of breath, coughing, nausea, muscle and joint pain, and skin rashes.

In rare cases, symptoms such as fatigue and joint or muscle aches can last for more than six months.

The Health Ministry advises the public to avoid caves in the Nokdim area. The cases have been reported to the Environmental Protection Ministry, the Nature and Parks Authority and to the district sanitation inspector.

___________
**Comment**
Once again, there is much that is unknown, including minimum transmission time to contract LD:  https://madisonarealymesupportgroup.com/2017/04/14/transmission-time-for-lymemsids-infection/.  Please know multitudes have been infected in under 24 hours.  Other TBI’s, such as Powassan,  can be transmitted in minutes.
Tick Prevention:  https://madisonarealymesupportgroup.com/2017/05/11/tick-prevention-and-removal-2017/