Kids Are Losing Their Childhoods to Lyme and Other TBD

Kids are losing their childhoods to Lyme and other TBD 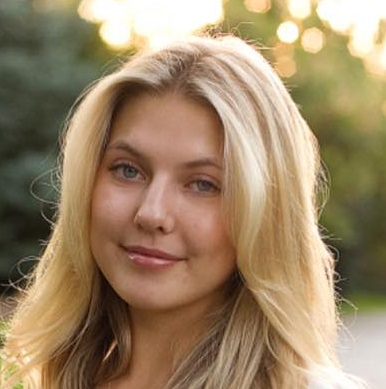 My name is Olivia Goodreau. I am the founder of the LivLyme Foundation, and inventor of the free global app TickTracker and my new free symptom tracking app, the LongHaulTracker.

Six years ago when I was 12, I spoke at the very first Tick-Borne Disease Working Group meeting in Washington, DC.

I am so grateful for the opportunity to speak at the first and the last Tick-Borne Disease Working Group meetings.

I am here today to ask all the members to please not forget about the children that have lost their childhood to tick-borne illnesses. The hundreds of thousands of kids who right now are being misdiagnosed with behavior issues, autism, chronic fatigue, or are just told they are making it up for attention.

I was and am one of those kids. It would take 18 months and 51 doctors before I had a positive Lyme test.

During the 18 months I had hundreds of blood draws, liver biopsy, MRI, cat scans, spinal taps–the list goes on. I was told I had Wilson’s disease and would be dead at 40. Then I was told I just needed to drink more water. Finally, the doctors said I was making it up for attention.

I don’t know a single child that wants to be sick. My tick-borne illnesses robbed me of my childhood, took away all of my sports, my friends, I was bullied, and I missed months of school.

Looks can be deceiving

People to this day say, “But she looks fine!!” Yes, I might look fine, but underneath my skin there is a war raging. Lately my brain fog, my word scramble and my tremor in my right hand have become some things I can’t hide from my friends & family. It never ends.

In the US, 200 kids are diagnosed with Lyme disease every day. That is four school buses of children a day. Think how many are going misdiagnosed every single day.

We will have generations of kids to come that will be struggling with tick borne diseases, whether they were bitten by a tick or contracted Lyme in utero.

What I ask is that you help save the next generations of kids. It’s what I said six years ago, but we need a better tests, better drugs, and better doctor education.

I lost my childhood to one tick bite. I ask this group to help save the children from the devastation of a tick-borne illnesses. I ask the Federal Government to make it a priority to protect innocent kids from ticks and the diseases they carry. I ask Congress to implement the recommendations of the TBDWG immediately.

All kids deserve the opportunity to have a healthy childhood, free from tick-borne diseases, and so that they can just be a kid.

Thank you for your time, and always check for ticks.

Another unbelievably frustrating story in Lymeland.

Unfortunately, the Federal government is not our answer, nor will it ever be.  It is part of the problem.

We’ve helped fund our own research through the Federal government for decades to no avail. We need to fund our own independent research in a parallel world to get our own answers.