The Real Agenda Behind the American Academy of Pediatrics: Weaponizing Children’s Mental Health and Vaccines for Profit

The Real Agenda Behind American Academy of Pediatrics: Weaponizing Children’s Mental Health and Vaccines for Profit

With a budget of more than $127 million and a staff of 475, the American Academy of Pediatrics functions as a corporate and government mouthpiece that touts the wares of drug, vaccine and formula manufacturers. 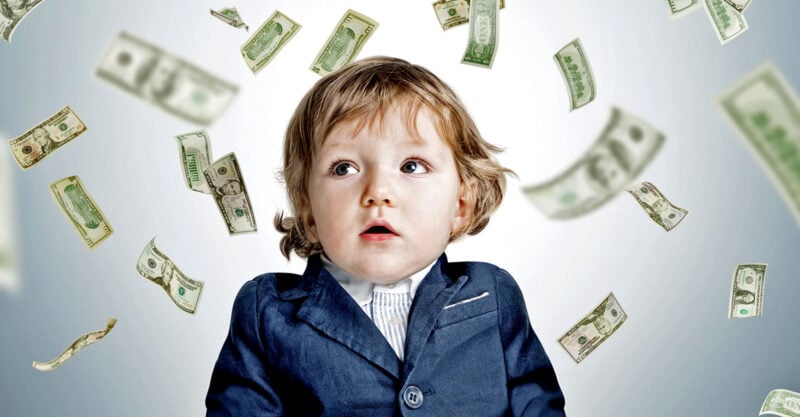 As of 2019, roughly 72,000 physicians were actively working in pediatrics or pediatric subspecialties in the U.S., many of them members of the American Academy of Pediatrics (AAP).

Nominally, the AAP is a professional medical association (PMA), but more often than not, it functions as a corporate and government mouthpiece, including issuing policy guidance to its members stating that it is an “acceptable option to pediatric care clinicians to dismiss families who refuse vaccines.”

With total “revenue, gains and other support” amounting in 2022 to nearly $127 million — supporting a staff of 475 and a self-described role as the “#1 publisher of pediatric titles in the world” — the deep-pocketed AAP’s ability to broadcast policies desired by the Centers for Disease Control and Prevention (CDC) and tout the wares of drug, vaccine and formula manufacturers is significant.

That the AAP’s megaphone is one-sided has long attracted the notice of critics, who point to the organization’s “preference for fashionable political positions over evidence-based medicine” and its pattern of “play[ing] both sides of the street” — with its “‘trusted’ medical advice” issued in the context of generous funding from agenda-setting foundations, corporations and government agencies.

Even in a study that the AAP itself published, which examined pediatric PMA transparency and compliance with best practice guidelines, the AAP got middling marks for both, despite benefiting from “a significantly higher average budget” compared to sister organizations that earned better scores.

Currently, the AAP is using its bully pulpit to hammer home messages about vaccination — especially COVID-19 shots — and about an AAP-fashioned children’s mental health crisis.

Plainly, both issues have the potential to be highly profitable for the drug companies that festoon the AAP’s list of top-tier donors. But the organization also appears to be on board with a more subterranean aim — weaponizing vaccination and mental health to achieve more “brave new world” control over children’s bodies and minds.

Throughout 2022, the AAP’s soon-to-be-outgoing president, UCLA professor Dr. Moira Szilagyi, Ph.D., was an obedient foot soldier on both the vaccination and mental health fronts.

Szilagyi was voted the AAP’s 2022 president-elect in June 2020, and throughout the pandemic, she shamelessly brandished her status as a grandmother to peddle pediatric COVID-19 shots.

In October 2021 — not long before stepping into the AAP presidency — Szilagyi opined in a CNN piece titled “Pediatrician: What I want this Covid vaccine to do for my grandchildren” that the data from the vaccine clinical trials in younger children were “very reassuring.”

But, she confessed, she felt an “undercurrent of anxiety” over the fact that her masked grandchildren, at ages 5 and 8, did not yet have access to “the best protection of all: vaccination.”

Barely a month later, the CDC’s advisors overrode concerns about Pfizer’s clinical data to unanimously endorse the jab for Szilagyi’s grandchildren and others in their age group.

In June 2022, under Szilagyi’s stewardship, the AAP issued an enthusiastic press release applauding the CDC’s recommendation of “safe, effective COVID-19 vaccines” for babies as young as 6 months old.

In October, Szilagyi even wrote to White House COVID-19 Response Coordinator Ashish Jha to plead for reducing “the burdens of administering COVID-19 vaccines” to children, stating, “The nation’s pediatricians need to be supported as we attempt to vaccinate our nation’s youngest citizens against COVID-19.”

In that letter, Szilagyi — seemingly oblivious to the thousands of injuries and dozens of deaths already reported in children and adolescents who received COVID-19 jabs — expressed gratitude for babies’ and toddlers’ “access” to the shots and celebrated the imminent authorization of bivalent booster shots for kids.

In November, Szilagyi again took to CNN — this time trotting out her “heartbroken” feelings about crowded pediatric hospital wards and offering parents “reassurance” and the “advice” to get the whole family vaccinated for both influenza and COVID-19, “including boosters.”

Her actions over the past year also illustrated the AAP’s servile and co-dependent relationship with the CDC in other ways.

Returning the favor, Szilagyi testified in May 2022 before the House Appropriations Subcommittee on Labor, Health and Human Services, Education, and Related Agencies, making a case for more than $746 million in new CDC and Health Resources and Services Administration funding for the AAP’s pet causes — not all of which even concern American children.

For example, lamenting “pandemic-related disruptions” to routine childhood vaccination overseas, Szilagyi called for nearly half (48%) of the proposed funding ($356 million) to be routed to the CDC’s Global Immunization division.

Szilagyi lobbied for another hefty $205 million (28%) for the CDC’s National Center on Birth Defects and Developmental Disabilities (NCBDDD), the center that is supposed to be “search[ing] for the causes of autism” but which consistently denies any vaccine-autism connection.

CDC’s current NCBDDD director, Karen Remley, was a recent AAP CEO (2015-2018). Her predecessor at the NCBDDD’s helm (until retiring in January 2020) was Coleen Boyle, known for her early-career cover-up of Agent Orange and dioxin toxicity and later, for helping cement the fiction that vaccines have nothing to do with developmental disabilities.

Also on Szilagyi’s funding priorities list was a smaller request ($12 million) to study “sudden unexpected” infant and childhood deaths, another outcome with a probable — though AAP- and CDC-denied — link to vaccination.

Szilagyi has a lengthy history of engagement with “vulnerable children” in the U.S.’s corrupt and dysfunctional foster care system and likes to reference those credentials.

In June, after the AAP called for mental health screening for all children from birth through age 21, medical reporter Martha Rosenberg noted in The Defender that children in foster care (and other marginalized kids) are precisely the youth most at risk of overmedication with “lucrative and dangerous psychiatric drugs — some of which can cause suicide, especially in children.”

Additional risks of across-the-board depression screening, pointed out by psychiatric experts quoted by Rosenberg, include overdiagnosis, medicalization of the “normal” and “carelessly applied labels” that, once entered into databases, become impossible to shed.

Other critics, skeptical of the “supposed” mental health crisis in young people, agree on the need to “take care in widening the net of psychiatric surveillance” and argue for the promotion of resilience rather than the celebration of vulnerability.

They also point out how the “language of harm and trauma” can be harnessed for “political motives,” including using it to censor “undesirable ideas.”

Spelling out psychiatry’s long history of “acting as an instrument for psychological, social and political control,” psychiatrist Peter Breggin has noted:

“The contemporary widespread diagnosing of children is a subtler form of social control that suppresses children rather than providing them with what they need to fulfill their basic needs in the home, school and family. Instead of reforming our educational system and improving family life, we drug our children into more docile states.”

Mental health is lucrative, however. For example, in September, the AAP earned a cool $2 million from the mental health branch of the U.S. Department of Health and Human Services to develop resources focused on “social media and mental wellness.”

And in October, the AAP joined 100-plus other organizations in writing to the Biden administration to urge a “National Emergency Declaration in children’s mental health,” no doubt hoping for more millions to be sent their way to address the “emergency.”

In July, Szilagyi and co-authors laid some of the conceptual groundwork for a mental health dragnet in a paper published in the influential journal Health Affairs, titled “Combating A Crisis By Integrating Mental Health Services And Primary Care.”

Perhaps that is why the AAP’s president-elect for 2023 is a health informatics expert.

Dr. Sandy Chung, like Szilagyi, is bullish on mental health, framing it as a “long-simmering” problem that the pandemic merely helped catapult into the spotlight.

Chung’s curriculum vitae and professional biographies list her work in the areas of mental health, electronic health records, “data integration” and the creation of “a national registry of child health data” as some of her primary achievements, suggesting that she is on board for the type of pervasive mental health tracking and surveillance that is giving other child health experts the heebie-jeebies.

A June 2021 article in the AAP’s own journal Pediatrics outlined a somewhat dire outlook for the pediatric profession, noting, ironically, large vacancies in “developmental and behavioral pediatrics and adolescent and child psychiatry” as well as child neurology.

The author also noted fewer applicants and more unfilled pediatric residency positions, suggesting that “strategies to strengthen the pediatric applicant pool must include … understanding factors that impact the career decisions of trainees.”

Although a large proportion of pediatricians currently in practice appears to be generally copacetic with AAP policy positions — with half of pediatric offices reporting “a policy of dismissing families who won’t vaccinate their children” — that still leaves others whose opinion differs.

In fact, in a December 2020 article in Pediatrics, apparently published to let off a little steam, a trio of university-based authors scolded the AAP and its adherents for their stance on this issue, noting, “it is wrong for clinicians not to accept vaccine refusers because they want only compliant families” and characterizing this approach as “excessively paternalistic and inconsistent with patient- and family-centered care.”

A decade ago — cited by journalist Richard Gale in CounterPunch — pediatrician Ken Stoller described the CDC’s and AAP’s all-too-effective “propagandizing” on the topic of thimerosal in vaccines:

“Now we have a generation of pediatricians … who actually need to be deprogrammed to understand what the true nature of all the neuro-behavioral problems are that they confront without any understanding of etiology or potential interventions.”

Unfortunately, ominous trends like California’s recent legislation to take away the licenses of doctors who don’t toe the party line, and similar witch hunts against independent-thinking doctors in other states, do not bode well for future medical independence.

Nor can children and their parents hope for any help from the AAP, beholden as it is not just to Big Pharma and next-generation biopharmaceutical and “gene therapy” companies, but also to population-control-oriented foundations such as the Bill & Melinda Gates Foundation and the David & Lucile Packard Foundation, infant formula companies like the disgraced Abbott Nutrition and National Security Agency surveillance partner AT&T.

“has failed to protect children from their greatest enemy — the pharmaceutical and chemical industrial complex. … [W]hen addressing the prevention of diseases that directly affect the medical industry, the AAP’s record is dismal.”

AAP is ‘CDC Junior’, and is funded by Pfizer.  Is it any wonder it recommends COVID shots for kids?

Comments Off on The Real Agenda Behind the American Academy of Pediatrics: Weaponizing Children’s Mental Health and Vaccines for Profit