Fauc’s Net Worth Soared to $12.6 Million During Pandemic & Nearly 100 Members of Congress Could Have Conflicts of Interest From Financial Trades Analysis Finds

Fauci’s Net Worth Soared to $12.6 Million During Pandemic

OpenTheBooks.com today posted more of the financial disclosures that Dr. Anthony Fauci “didn’t want you to see,” including how Fauci’s net worth jumped to $12.6 million between 2019 through 2021 — an increase of $5 million. 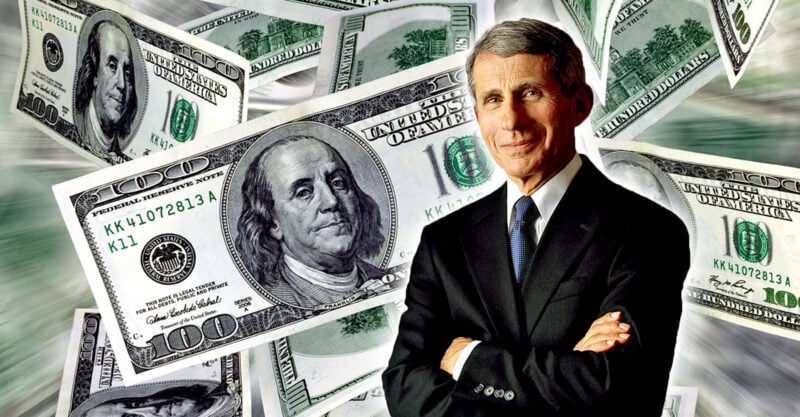 The documents contain a wealth of previously unknown information. For example, the Fauci household’s net worth now exceeds $12.6 million — up $5 million from 2019 through 2021.

It was Fauci’s “code red moment” when America’s “top doctor” melted down on national television in the Senate hearing. (When Marshall cited “Forbes,” that was our research on Fauci’s financials published in my then-column at Forbes.) 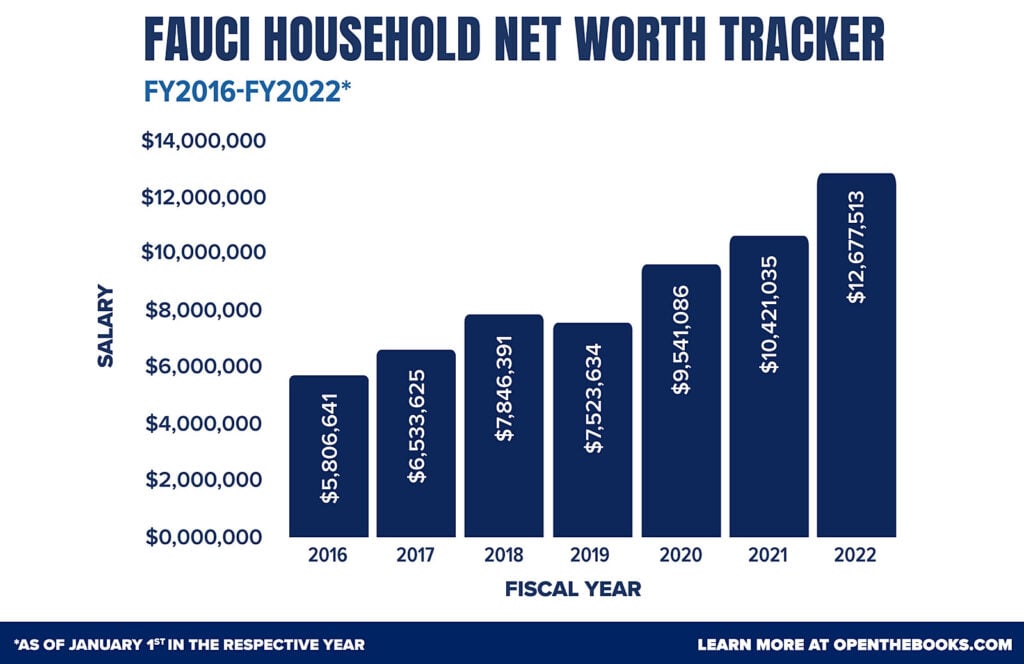 Today, we post more of the financial disclosures that Fauci didn’t want you to see.

Here’s a summary of our findings from the latest document release:

During the ongoing pandemic year of 2021, the Fauci’s household income, perks and benefits and unrealized investment gains totaled $2,832,876 — including federal income and benefits of $903,497, outside royalties and travel perks totaling $919,205, and $910,174 in investment gains.  (See link for article and video)

One things for sure: the plandemic has made certain people very wealthy while causing others to go bankrupt.

Due to Judicial Watch’s efforts, NIH is producing 3,000 pages of line-by-line royalty payments; however, the amount paid to each of the 2,250 individual scientists continues to be redacted.

Fauci and other NIH leaders — received third-party paid royalties; however, the amounts are blanked out, redacted, so the dollars received are unknown, yet Fauci continues to insist his financial records are all out in the open for all to see.

But Fauci et al. are far from alone:

Nearly 100 members of Congress could have conflict of interest from financial trades, analysis finds

A new analysis by The New York Times has found that at least 97 current members of Congress or their immediate families bought or sold stock, bonds, or other financial assets that “intersected with their congressional work.”

Members of Congress are not banned from investing in any company, including those that could be affected by their roles as lawmakers. Numerous congressmen have come under increased scrutiny in recent years for their financial windfalls. Some members have been proven to be such astute traders that analysts have created several exchange-traded funds mirroring the personal portfolios of members of Congress.  (See link for article)

As long as the pay outs continue, corruption will too.

Comments Off on Fauc’s Net Worth Soared to $12.6 Million During Pandemic & Nearly 100 Members of Congress Could Have Conflicts of Interest From Financial Trades Analysis Finds

Support: The Most Helpful Thing in My Lyme Journey