Pfizer CEO Albert Bourla said on March 13 that a fourth dose of the COVID-19 vaccine would be necessary, claiming it would continue to reduce hospitalizations.

“Clearly, we are not where we would all like to be, which is [where] COVID is behind us,” Bourla told CBS News. “I think that right now, we have very significant tools in our hands so that we can go gradually, I think, back to our normal lives. But we need to understand that the COVID will not go away in the years to come.”

Saying Americans would have to figure out “how to live” with the virus, Bourla then claimed it was likely people would have to get yearly COVID-19 boosters.  (See link for article)

Pfizer CEO Albert Bourla tried distancing himself from the COVID mRNA vaccines on Friday, suggesting he only developed the “counterintuitive” technology under pressure from colleagues.

In a Washington Post Live special titled, “Moonshot: Inside Pfizer’s Nine-Month Race to Make the Impossible Possible”, host Jonathon Capehart asked Bourla on Thursday why Pfizer decided to pursue experimental mRNA vaccines despite the nascency of the developing technology.

“When you and your colleague were trying to decide which route to go down: the traditional vaccine route or the mRNA route. You write that it was ‘most counterintuitive’ to go the mRNA route. And yet, you went that route. Explain why,” Capehart said.

Albert Bourla CEO of Pfizer, on why mRNA vaccine was counterintuitive. “I was surprised when they suggested to me that this was the way to go, and I questioned it.” pic.twitter.com/xs786HPTwb

“So it was very counterintuitive, and I was surprised when they suggested to me that this is the way to go, and I questioned it,” he continued. “And I asked them to justify how can you say something like that, but they came, and they were very, very convinced that this is the right way to go.”

“They felt that the two years of work on mRNA since 2018 together with BioNTech to develop the flu vaccine made them believe that the technology is mature and we are at the cusp of delivering a product.”

“So they convinced me. I followed my instinct that they know what they are saying. They are very good, and we made this very difficult decision at that time,” he added.

Bourla also admitted that despite pushing the “more risky” mRNA technology on the public, Pfizer felt it had “all the features required” to combat the COVID pandemic.

CAPEHART: And is it‑‑the thing about mRNA is that because it’s synthetic, it reduces the amount of time? It makes it a lot easier to readjust, reedit, refit to whatever virus you’re trying to make a vaccine for or trying to address?

BOURLA: You’re absolutely right. This is one of the many benefits that the technology brings. So the reason why they were suggesting something that was more risky clearly than the others was because of the many benefits if we were successful. We analyzed very well and knew that we are in a pandemic. And it is eventually possible that we will now see many new variants coming up. So we wanted to have a technology that if there is a need to adopt to the vaccine, we’ll be able to do it very quickly, and mRNA can do in weeks what other technologies require months.

And the second thing is that we wanted to be able to use a technology that will not limit abilities to boost immune responses with additional injections if there is a need, and mRNA is very good in that. Unlike, for example, adenoviruses, there are issues when you try to do a second or third dose. That creates issues.

So, for this and many other reasons, we selected to go with something that was clearly more risky, but if we were successful, it looked like it has all the features that are required to fight a pandemic in an expedient manner and in a mass scale.

Instead of taking credit for developing the mRNA technology, Bourla appears to be distancing himself from the decision to pursue mRNA vaccines, instead foisting responsibility to his “colleagues.”

Bourla then also suggested the vaccine was rendered ineffective due to the mild Omicron variant, and said that “annual revaccinations” is the “ultimate goal.”

“I always like to say: if we had surveyed two years ago in the public – ‘would you be willing to take a gene or cell therapy and inject it into your body?’ – we probably would have had a 95% refusal rate,” Oelrich confessed, adding, “I think this pandemic has opened many people’s eyes to innovation.”

Read the full article at Infowars.com. 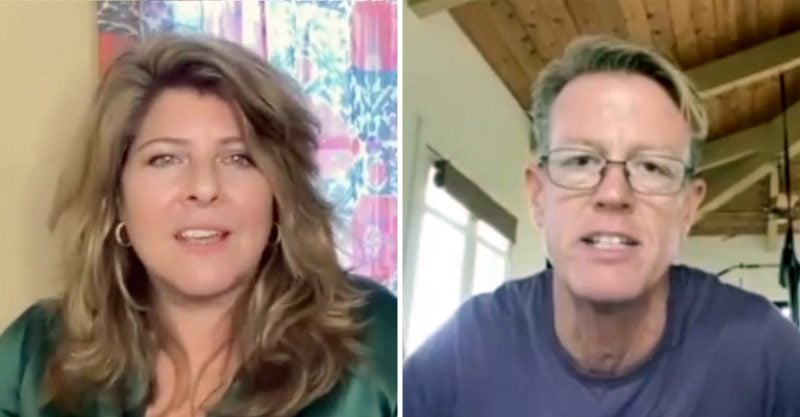 In an interview with Naomi Wolf, of the Daily Clout, investment advisor Edward Dowd discussed why investors are dumping COVID-19 vaccine makers’ stocks.

Dowd, a former managing director with BlackRock from 2002 to 2012, grew BlackRock’s growth strategy from $2 billion-$14 billion over 10 years.

“He’s the extraordinarily kind of courageous, well-informed whistleblower who has come forward to explain to audiences why in his view, Pfizer has committed a fraud.”

Dowd described how his initial caution about taking the experimental COVID vaccine led him to research data related to Pfizer’s clinical trials.

“I learned from a friend in the biotech industry that Pfizer had failed its all-cause mortality endpoint in the initial trial … All-cause mortality is the gold standard in any drug trial at the FDA. When you fail that endpoint, the drug is not approved.”

When Big Pharma and the U.S. Food and Drug Administration (FDA) were unwilling to release vaccine safety data, Dowd grew even more skeptical about the vaccines, he said, and was compelled to speak out privately and publicly about what he believed was a major deception:

“I got more loud about fraud when the FDA decided to hide the clinical data for 75 years. I’m an investor, so let me just say how I think about the world. I don’t wait for people to tell me what just happened. My job was to come up with an analysis, mosaic and investment thesis, and then over time I’d be proven right.

“So I don’t wait for The New York Times, The Wall Street Journal or The Washington Post to tell me anything. Because by the time that happens, the opportunity to make money is lost. So I started screaming fraud as soon as I saw that — because it’s unprecedented to hide data from the public.”

It was a report from the CEO of a major life insurance company that confirmed Dowd’s doubts:

“If this vaccine was as deadly and injurious as we thought, we’d see the insurance companies and the funeral home results. These are databases that aren’t being hidden from us by the government. So, unfortunately, in early January, a signal was launched by One America.

“The CEO didn’t really know what he was saying or the implications of it — because he didn’t think it was the vaccine, but he got on a Chamber of Commerce call in Indiana, and he said that in the second half of 2021, he was seeing a 40% increase in all-cause mortality —  non-COVID. And to put some meat on those bones, a 10% increase he said would be a three-standard deviation [increase], which in math in my world is a big deal.”

Dowd described the impact on the financial world and on his current work:

“Wall Street is listening to me now because they’re nervous and a lot of them are jabbed as well. And if you look at the stocks of Moderna and Pfizer, Moderna is down 70% and Pfizer is down 20 plus percent.

“So my goal has been to raise consciousness across the country and the globe, by pointing out that even though the mainstream media is not going to save us — and it doesn’t seem like the politicians or the regulators are, because they’re in on it — we have to spread the word.”

Wolf asked Dowd about the repercussions of his public position:

“One of the things you’ve said, unequivocally, not mincing words — this is fraud. So if you are not right, that’s actionable, I believe, and Pfizer and Moderna could come at you with a libel suit or a slander suit. But I believe that has not happened yet. Will you speak to that?”

“I don’t have a medical license to take away. I don’t have a bar license to take away. I’m an investor. And throughout the history of Wall Street, investors have what we call a thesis. So I present this as a thesis — I’m a hundred percent convinced it’s fraud. I’ve laid out my case and it’s starting to appear, it’s coming to light that it is, but I can say this is freedom of speech. They can sue me if they want. I don’t suspect they will.”

Dowd said he’s been waiting for a “hit piece on me,” but there haven’t been any yet. He said because what he’s presenting is an investment thesis, he’s protected under free speech laws.

“Here’s the problem, Dowd said. “The proof of the fraud is showing up in real-life results. And that is becoming undeniable and impossible to hide.”

Lyme and Tick-borne Diseases: A Primer for Mental Health Practitioners