“At the beginning, I had crippling pain. My joints were so bad that I couldn’t get up and walk to the bathroom.”

In the summer of 2016, after spending much of the spring and summer months in her garden, Trish Laube began experiencing strange and painful symptoms. “I kept pointing to my feet, asking people, ‘Can you see anything crawling there?’” she explains.

Trish was no stranger to challenging health circumstances. In 2004, she was diagnosed with retinitis pigmentosa, a rare, progressive eye disease, which left her legally blind. But these new symptoms were unlike anything she’d experienced before. After doing some research, Trish began to suspect she was dealing with either some type of cancer or Lyme disease. “I felt like I was going to die,” she remembers.

“I told him I wanted to be tested for Lyme, and he fought me on it”Trish visited her doctor and told him about the symptoms she was experiencing. “I told him about the neurological problems and about my extreme fatigue,” she says. “I would wake up and race to get something done before my eyes shut again, but I couldn’t. I was forced to take a nap and then get back up and try it again.”

Trish’s doctor wanted to send her for a three-month-long sleep study, but Trish knew her symptoms would only continue to worsen during that time. “I told him I wanted to be tested for Lyme, and he fought me on it,” Trish says.

He sent her for an ultrasound, which came back negative. Next, she underwent an X-ray and was diagnosed with spinal stenosis. “The neurologist diagnosed me with some type of migraines, and the doctor said I had chronic fatigue syndrome, but I wanted a test for Lyme,” Trish explains. 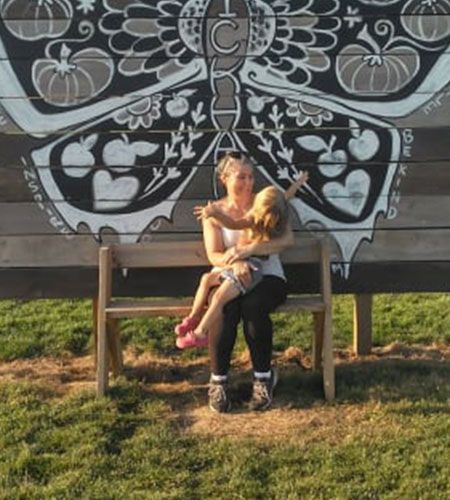 Finally, Trish’s doctor agreed to the test. While she waited for the results, Trish began researching Lyme disease and possible treatment paths. “I started looking up natural remedies, natural holistic care, and Dr. Rawls’ website came up,” Trish explains. “I read everything on there, I watched every video, and I learned more than I would’ve ever known I could learn in three weeks.”

Sure enough, Trish’s Lyme test came back positive. And her doctor said she was his first patient with Lyme disease. “The doctor said, ‘you were right; you are positive for Lyme, and I called in a prescription for you,’” says Trish. “But I told him I wasn’t going to take it.”

Instead, Trish told her doctor she would try Dr. Rawls’ herbal protocol. “Within six months, the only things I had left were pressure in my head, which caused balance issues, and a lingering salty taste in my mouth,” she says.

“I think the only prevention is keeping our immune system as strong as possible”Trisha began adding other therapies into her treatment protocol as well, and following a professional lymphatic drainage massage, the constant salty taste resolved permanently. She also incorporated Epsom salts baths, jumping on a mini trampoline, portable infrared sauna sessions, and toxin binders like bentonite clay and chlorella. A few months later, the head pressure was gone, too.

Trish has been symptom-free as of August 2018, and she got there by taking full doses of the herbal protocol. She also uses Dr. Rawls’ recommended herbs for gut health every three months to keep her digestive tract working as efficiently as possible. 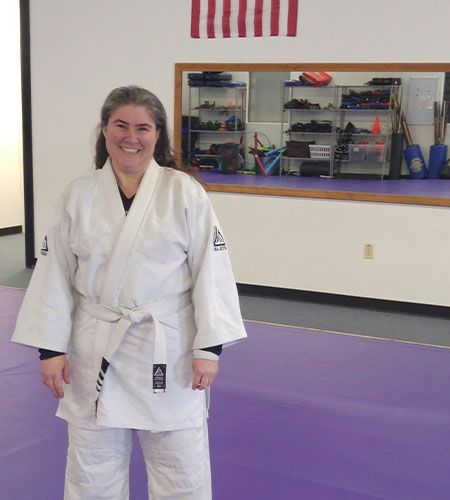 Trish has no intentions of slowing down. “I think the only prevention is keeping our immune system as strong as possible, and Dr. Rawls’ herbal protocol does that for me,” she says. “I don’t plan on ever coming off of it. Keeping my immune system strong is my best form of defense.”

Trish’s diagnosis hasn’t kept her indoors or held her back from living her life. “I’m back in my garden. I’m finally able to ride on the back of my husband’s motorcycle with him. I’m out walking again every day. I lost 120 pounds in 14 months,” she says. “I don’t let fear run my life. I’m back out doing everything I’ve ever done.”

Additionally, Trish is hugely passionate about helping the chronic illness and disability communities live life to the fullest. Most days, you can find her actively answering other patients’ questions on online Lyme forums. She also started her own group, VP Members Rise above Challenges, to connect with others and help people turn their hobbies into an income from the comforts of their own homes.

“Being disabled since 2004 helped me a lot because I had already lived through many of the experiences that Lyme would bring about,” she says. “The main message I want people to understand is not to give up. Know that you can come out on the other side of all of this.”

Warning: people respond quite differently to treatment protocols and while I’m ecstatic when I hear success stories, please know every case is different.

Further, one of the most experienced doctors told me that cases in the 70’s could be resolved within a couple of months to a year but that cases now are taking over 3 years to resolve.  It appears coinfections are playing a larger role and patients often struggle with numerous pathogens as well as things like mold, MCAS, and other issues that cause more severe cases.

Please don’t let this story dishearten you if you have to continue to fight a hard battle.  Chin up and keep going.  Don’t quit.

For a comparison, it took my husband and I 5 years of treatment using every thing under the sun before we stopped treatment.  We’ve relapsed 3 times since then, requiring treatment for 2-3 months to get us back.  For us, we seem to relapse with Bartonella – so sometimes it isn’t even Lyme that keeps you down.  Keep an open mind, keep learning, and again – never, ever quit.

Comments Off on [#MeAgain] From Crippling Pain to Living Life: Trish Laube’s Battle With Lyme

Another Pfizer Whistleblower Reveals Internal Emails…’We Want To Avoid Having Information on Fetal Cells Floating Out There’. Pfizer Still Silent