Babesia Symptoms Can Be Deadly: A Family’s Story

BABESIA SYMPTOMS CAN BE DEADLY: A FAMILY’S STORY 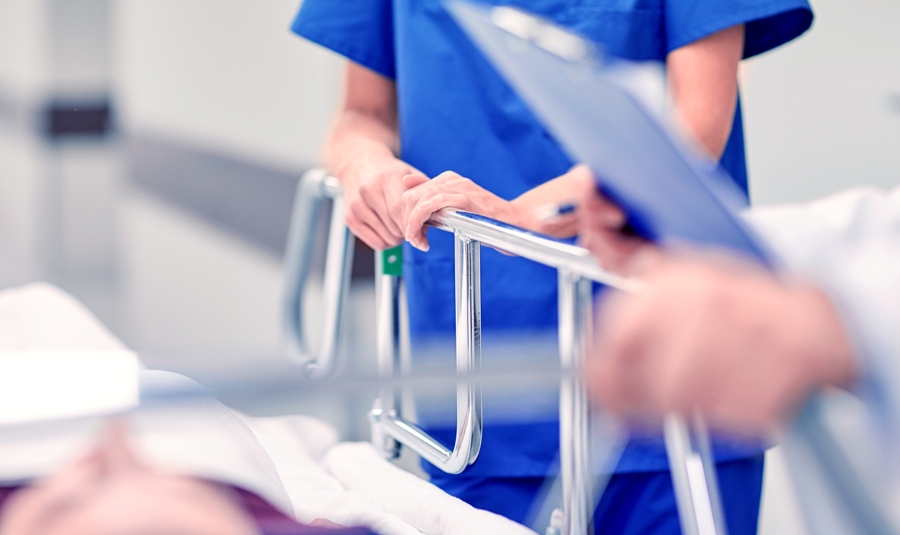 The number of Babesia cases appears to be rising and as a recent article in the Washington Post reports, the tick-borne infection can be deadly when symptoms go unrecognized.

Babesia symptoms can be wide-ranging and difficult to recognize by clinicians and a missed or delayed diagnosis can be deadly.

In hopes of raising awareness, one family shares their story of a Babesia diagnosis that came just a little too late.

Jeff, a 51-year-old husband and father, was hospitalized with symptoms of jaundice, agitation and inability to urinate. It took 3 days before he was diagnosed with Babesia. But his symptoms had been present for at least one month — unrecognized, as the infection progressed.

As his wife tells writer Abby Schwartz from the Washington Post,¹ Jeff frequently hiked outdoors near their home in Bucks County, Pennsylvania. About a month prior to being admitted into the hospital, he had removed a tick, “no bigger than a poppy seed.”

In hindsight, “he may have had Babesia for a month,” Schwartz writes.

For several weeks, Jeff reportedly had Babesia symptoms including fevers and night sweats. But clinicians presumed he had a kidney infection and prescribed a course of antibiotics. He improved briefly.

Then, he took a turn for the worst. “Jeff was weaker, sweating, unable to sleep,” his wife explains. “His breathing was labored. The whites of his eyes had yellowed, and his bilirubin was climbing, a sign that red blood cells were breaking down at an unusual rate or of liver trouble.”

READ MORE: Babesia cases among the elderly are rising, may require longer treatment

He was moved to the ICU and placed in a medically-induced coma and put on a ventilator. Doctors noted that his symptoms resembled malaria, but still did not suspect a tick-borne infection.

“His team periodically woke him, and he would squeeze his wife’s hand.”

On Tuesday, an infectious disease doctor shared some positive news. “We think we have a diagnosis.”

They suspected that Jeff had Babesiosis, a potentially deadly infection caused by parasites Babesia microti, which is typically transmitted through a tick bite.

He was prescribed an antibiotic (azithromycin) and antiparasitic (Atovaquone) medication for 7 to 10 days.

On Thursday, he died — just 2 days after starting treatment.

“If Jeff had been diagnosed early, when he first complained of night fevers, it might have been different for him,” writes Schwartz.

Since Jeff’s death, his wife and family have worked to raise awareness about Babesia.

Most people infected with Babesia do not show symptoms or have mild to moderate flu-like symptoms such as fatigue, chills, sweats, headache, body aches, nausea, and loss of appetite, which can appear days or even months later. (There is no telltale rash as with Lyme disease.)

Individuals most at-risk include the elderly and people with immunocompromised conditions. In fact, the death rate among those with an impaired immune system is as high as 20%, explains Peter Krause, a senior research scientist at Yale School of Public Health and Yale School of Medicine.

Although it is usually transmitted through a tick bite, Babesia can be acquired through a tainted blood transfusion.

Babesia cases are reported mostly in the Northeast and Upper Midwest but the disease is “increasing in frequency and geographic range,” warns Krause.

Babesia: Not recognized by all doctors

“It has to step up to the level of an infectious-disease specialist being brought in before it might get diagnosed, whereas in an area where it’s more prevalent, some of the front-line people, the emergency room doctors or urgent care doctors, might be a little more attuned to it,” says Sorana Segal-Maurer, an infectious-disease specialist at New York-Presbyterian Queens Hospital.¹

I disagree with three statements made by doctors interviewed for the story:

Comments Off on Babesia Symptoms Can Be Deadly: A Family’s Story