After a Tick Bite, How Long For Disease Transmission?

AFTER A TICK BITE, HOW LONG FOR DISEASE TRANSMISSION? 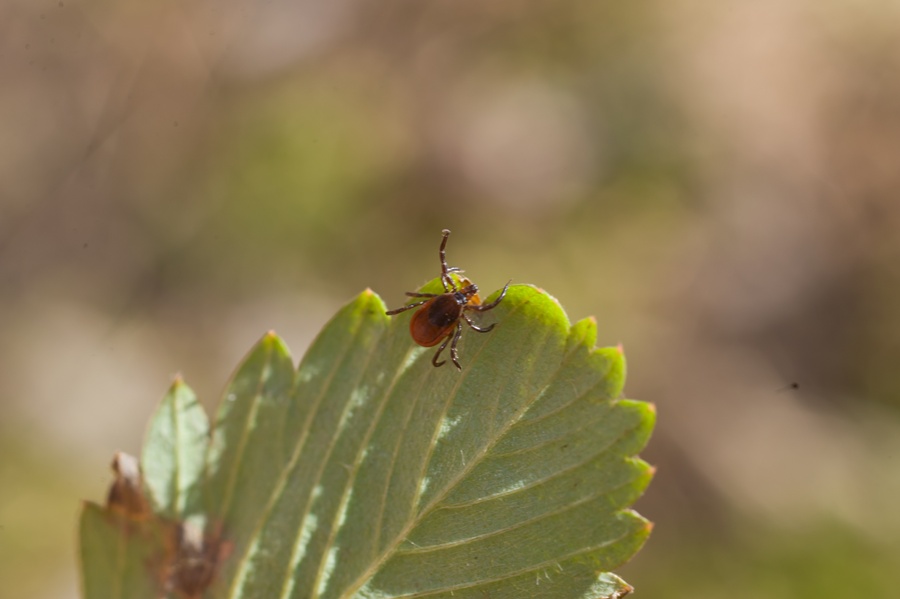 People often ask: How long does it take for disease transmission to occur after a tick bite? According to investigators, Lyme disease may be transmitted faster if the tick previously fed on another host.

However, in animal models, Cook found, “transmission can occur in less than 16 hours, and the minimum attachment time for transmission of infection has never been established.”

Investigators suggest that transmission time may be shorter if a tick has already fed on a host. A study by Shih and colleagues, found that, “Partially fed nymphal ticks transmit spirochetal infection more rapidly than do ticks that have never been attached to a host.”¹

So, how quickly a tick can transmit Lyme disease may depend on whether the tick had been partly fed BEFORE it attached to its second host.

Individuals may mistakenly believe that once a tick bites it will remain attached throughout the entire feeding or until it is removed. But this isn’t the case.

In the mouse study, Shih found that ticks can spontaneously detach during the feeding process. And this action can profoundly impact the time it takes for spirochetes to infect the host.

“Virtually all nymphal ticks that previously had fed for 16 hours reattached efficiently.”¹

“We found that nymphs do detach spontaneously from free-ranging mice in the laboratory, perhaps as frequently as 15% of the time,” the authors report.

“Indeed, about [one tenth] of questing nymphs in nature seem to be distended, and reattachment by partially fed sub-adult ticks commonly occurs.”

In the laboratory, partially fed ticks would reattach to a second host and commence feeding. “Virtually all nymphal ticks that previously had fed for 16 hours reattached efficiently.”

What happens in partially fed ticks?

The tick attaches to a host, feeds and the Lyme bacteria multiply rapidly in the tick’s mid-gut. Normally, the tick eliminates all of the bacteria, leaving behind only those spirochetes that survive in the mid-gut before they molt into an adult.

But, in a partially fed tick, spirochetes multiply in the mid-gut and then move to the salivary glands.

Their findings are particularly relevant to people who own pets. “These partially fed ticks may already have acquired spirochetal infection and avidly seek other hosts,” writes Shih.

“Pet ownership appears to be a risk factor for human Lyme disease, and this may reflect contact with ticks that have detached from a cat or dog within the household.”

If an unfed tick attaches it can take up to 36 hours to transmit the Lyme spirochetes to a mouse, Shih claims. “The chain of events that culminates in migration of the spirochetes from the gut of the tick to its salivary apparatus begins within the first day of attachment and requires at least another day for completion.”

Note: The study by Shih and colleagues was conducted only with mice and has not been replicated with humans.

Comments Off on After a Tick Bite, How Long For Disease Transmission?