Did Untreated Bartonella Steal Her Eyesight? At 91, She Still Wonders

Did untreated Bartonella steal her eyesight? At 91, she still wonders. 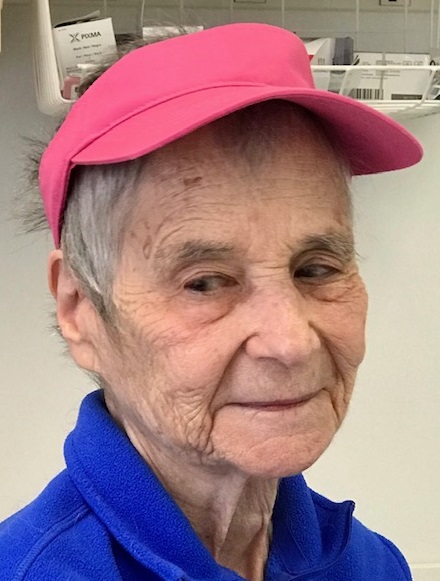 Starting on my 32nd birthday in April 1962, I experienced flu-like symptoms accompanied by sudden onset of bilateral disturbed vision.

Over the years, my previously 20/20 perfect sight worsened, and I became totally blind. There is no history of retinal degenerative disease in my family. My eye disease imitates retinitis pigmentosa, which is a genetic disease and does not come on suddenly the way mine did.

Early in the game, I was seen by a prominent ophthalmologist. He could find nothing wrong and told me I had hysterical blindness—whereupon I became hysterical.

It would be decades before I was diagnosed with Lyme disease. At age 91, I am still fighting tick-borne diseases and am now totally blind from what I strongly suspect was untreated Bartonella.

Despite my husband being an internist teaching at Harvard Medical School and in the practice of internal medicine, I was not diagnosed or treated until 1989.

Preceding my tick-borne diseases, I was treated with prednisone for two years for sarcoidosis–an inflammatory disease that affects multiple organs in the body. I now know that sarcoidosis sometimes precedes or accompanies Lyme disease.

After I stopped the prednisone, the latent Lyme disease started becoming very pushy–presenting more and more with neurological symptoms.

After having more than 25 medical doors slammed in my face, I finally found a young physician (a former student of my husband) who was willing to work with me. When my new primary care doctor took me on, he believed that I was sick, but he was not a Lyme disease doctor. After I found “Dr. Joseph Burrascano’s Guidelines” online and downloaded them for my doctor, we started following his advice.

Over the years, I remember having pleaded for long term antibiotics. I always noticed that whenever I happened to take antibiotics (say, for a strep infection) I would suddenly start to feel better. With the approval of my doctor, I have now taken antibiotics on and off for many years. Although the antibiotic “cocktails” are not a cure for me, when I have flares, they are an important part of my medical regimen.

It was not until about five years ago that we started treating for Bartonella. Although it has not cured me, rifampin has made a huge difference in my comfort zone. I had gone from 125 pounds to 80 pounds and over the years, multiple doctors had claimed I had anorexia nervosa. I am finally back to 92 pounds, but no matter how hard I try, my weight will not go any higher

In any case, once I learned about Bartonella causing eye diseases, I suggested that we treat for it. Of course it will not bring back my sight, but the treatments for Bartonella have brought me out of hell. Even at 91, I function better than I did for all those years of torture when I was a young mom. I still feel poorly–on and off–but I am able to live alone and manage my own care much of the time. .

Right now, POTS and crazy heart beats are taking their toll. When I try to do anything aerobic or exert too much, I collapse. It is not my age, but the disease. When the flare quiets down, I can go about my business and get out and walk. Walking makes me feel better when my disease is quiet, but is impossible during a flare. Otherwise, I do an hour of gentle yoga and look forward to listening to audio books all night.

Sometimes, I feel just like one of Dr. Phillip’s patients in his new book: “Chronic.”

Bartonella is the fly in the ointment for both my husband and me.  The combination of Rifampin and Clarithromycin ALWAYS sets us straight and truly has “brought us out of hell” as well.

There’s no way a single doctor can know everything and it’s imperative we partner with them for our own healing.  I highly encourage every patient to read and study the organisms, various treatments, the history, and any topic surrounding health.  I know there are phases in the journey where this is overwhelming, but set a small goal to learn something new about health every day and in a year you will have learned 365 new things.  It adds up. Even if you see a LLMD (Lyme literate doctor), which I highly encourage, each patient is a unique case.

In this website is a search bar where you can look up topics.  Make use of this.  Also, as you scroll down the main page you will see various tabs you can click into for information.  I’ve read and condensed material from numerous doctors that you can glean from, print off, and discuss with your doctor.  A very helpful resource are the treatments articles as I discuss the organism, research that’s been done, and numerous treatment options. Here’s an example:  There’s a “categories” tab on the right side of the website.  Within that is an article called “Lyme Disease Treatment”:  https://madisonarealymesupportgroup.com/category/lyme-disease-treatment/

It contains four LLMD’s treatment suggestions as well as natural options.  Study this and discuss these treatments with your doctor.  You can find similar articles on Bartonella, Babesia, Mycoplasma, and more.

Comments Off on Did Untreated Bartonella Steal Her Eyesight? At 91, She Still Wonders

Can Lyme Disease Stay With You Forever?

3 Reasons Why COVID-19 Can Cause Silent Hypoxia