In Rush to Create Magic-Bullet COVID Vaccines, Have We Made Matters Worse?

In Rush to Create Magic-Bullet COVID Vaccines, Have We Made Matters Worse? 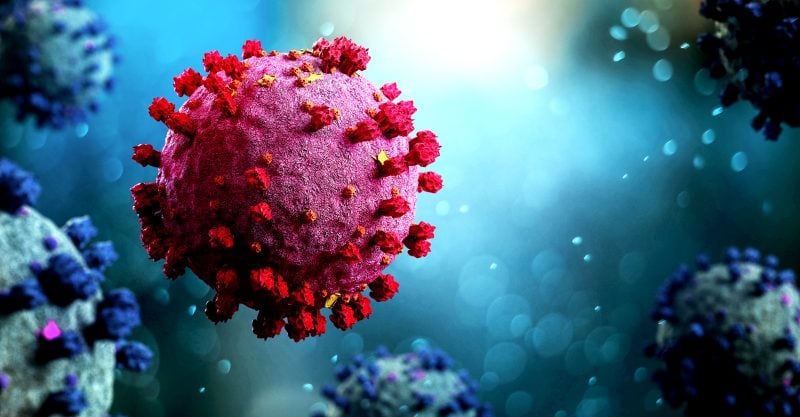 Natural selection is the phenomenon where only the fittest individuals in an environment will survive. “Individuals” in this context can refer to any type of organism — from humans to bacteria and viruses — but the context here is the survival of viruses.

When a virus infects a population of humans, only those viruses that have a living human host will survive. If a virus is so pathogenic that it kills the human it infected, it dies too.

Therefore, mortality of the host kills the most severe forms of any virus over time. Infection rates may go up, but mortality goes down.

In a 2015 study published in PLOS Biology, researchers hypothesized that vaccination can subvert this process by allowing more virulent (i.e., more pathogenic and potentially deadly) strains of viruses to live in vaccinated hosts for prolonged time periods without killing the hosts.

These vaccinated hosts, while infected, shed and spread virus, causing further transmission of the disease.

The researchers demonstrated this hypothesis with experiments on chickens vaccinated for a disease called Marek’s Disease, a viral pathogen known to decimate poultry facilities.

Vaccinated chickens infected with more virulent strains of Marek’s Disease virus became infected and carried the infection over longer time periods. They also became “super spreaders” of the virus and transmitted the virus to unvaccinated chickens co-housed with those that received the vaccine.

However, the partial immunity afforded to the vaccinated chickens prolonged their survival and extended the period in which they were infectious and could continue to spread the disease.

Without vaccination, these more virulent strains of Marek’s Disease would die off with their host and would no longer circulate the virus in the population. Instead, vaccinated chickens became the perfect host to harbor the virus, allowing it to multiply and spread.

Neither of the current COVID-19 vaccines in distribution (Pfizer and Moderna) has been shown to prevent transmission. In fact, this type of testing was not done in their rushed “warp speed” clinical studies.

Instead, both vaccines were tested for their ability to prevent more severe symptoms. In both instances, some vaccinated patients were still infected. Without prevention of transmission, these individuals spread the virus that was intended to be eradicated.

As the authors of the 2015 research state in their summary:

“When vaccines prevent transmission, as is the case for nearly all vaccines used in humans, this type of evolution towards increased virulence is blocked. But when vaccines leak, allowing at least some pathogen transmission, they could create the ecological conditions that would allow hot strains to emerge and persist.”

With the emergence of more infectious forms of COVID-19 circulating in Europe, it seems we may have created the perfect storm to prolong the pandemic, rather than curtail it — because the vaccines were developed and tested based on the original form of circulating COVID-19, not the new strains.

In our rush to create magic-bullet vaccines, have we instead created a scenario to cause more pain and suffering?

Let’s play this out. Many mutants of COVID-19 are circulating in the population today. We hear the news regarding new strains every day. Without vaccination, the most virulent strains die out — this is just how natural selection works.

Rather than allowing these pathogenic subtypes of COVID-19 to die naturally, we enhance their survival and spread and vaccination becomes worse than useless.

I’m so thankful for articles such as this one which explains what is seen historically in nature regarding disease. Unfortunately greed in the form of conflicts of interest have once again dominated, causing people to falsely believe vaccines should be given sole credit for stopping disease. When you read the history of vaccines you learn that according to primary sources, these diseases were gone or on their way out BEFORE vaccination programs even began.  That more benign things like sanitation played a much bigger role than they are given credit for.  For more on this:  https://rootsofprogress.org/draining-the-swamp?

Similarly to now, we have been given a full dose of propaganda instead of science to back up the claims.  Regarding the COVID-19, nobody has the raw data, yet the manufacturing companies tell us they are effective!

Other vaccine recipients across the U.S. are reporting similar experiences, but each time health authorities have said it’s not the vaccine causing the problem but, rather, the fact that the shot needs time to work.

Not only did the TIV NOT reduce the flu, those that received it simnifically increased their risk of other respiratory virus infections.

The article goes onto discuss “viral interference.” This article explains that the flu vaccine can cause this: https://www.ageofautism.com/2020/01/coronavirus-can-be-caused-by-viral-interference-a-known-result-of-flu-vaccines.html

..after saying that indeed those who are vaccinated DO get more acute pathogen-creating illness, like CORONAVIRUS, that should make us all wonder if there are any connections here.  The  acknowledging that patients DO get ill after flu shots from these other viruses (VIRAL INTERFERENCE) is priceless yet disturbing.  Basically patients have been made to feel like they were wrong for decades.  I am sure deaths too, have been involved but to correctly blame it on the vaccine has been taboo.  Mutating bacteria and viruses are possible for sure and vaccines can also be responsible for that.

Comments Off on In Rush to Create Magic-Bullet COVID Vaccines, Have We Made Matters Worse?