Remdesivir Gets FDA Approval, But WHO Says Drug Ineffective For COVID

Not only is remdesivir ineffective, it’s toxic and a group of attorneys representing the families of patients who claim their loved ones were injured or killed after being administered Remdesivir for covid are suing hospitals.

Remdesivir Gets FDA Approval, but WHO Says Drug Ineffective for COVID 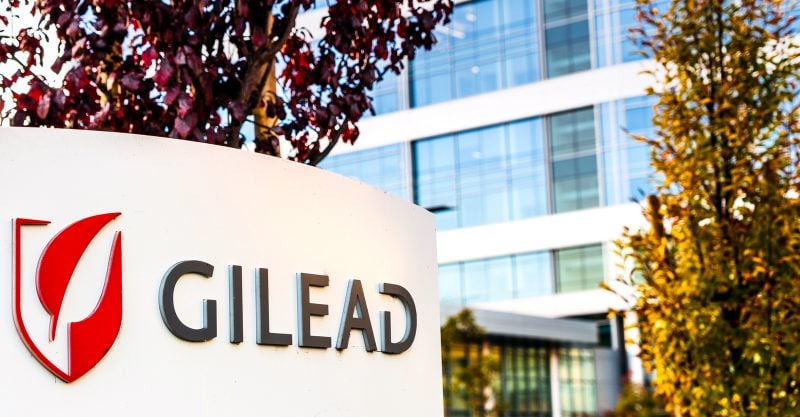 As far back as April, U.S. National Institute of Allergy and Infectious Diseases (NIAID) Director Dr. Anthony Fauci was touting Gilead’s antiviral remdesivir as “the standard of care for patients with COVID-19.”

Remdesivir is the only antiviral authorized in the U.S. to treat COVID and is also authorized for use in roughly 50 countries. Yet the drug has absolutely no effect on a COVID patient’s chances of survival, according to recent data from the World Health Organization (WHO).

Starting in March 2020, WHO’s Solidarity Trial followed 11,266 adults in 30 countries to study the effects on COVID of four antivirals: remdesivir, hydroxychloroquine, lopinavir, and interferon.  On Oct. 15, WHO reported that remdesivir not only failed to produce any measurable benefit in terms of mortality reduction, but that it also didn’t reduce the need for ventilators, or the length of hospital stays.

After WHO issued its report, remdesivir’s manufacturer, Gilead, was quick to point out that the Solidarity Trial hasn’t been peer reviewed or published in a scholarly journal. In a statement, the company said: “It is unclear if any conclusive findings can be drawn from the study results.”

Gilead also called attention to an earlier trial by the NIAID, which showed remdesivir to reduce the duration of one’s hospital stay from 15 days to 10 days (median). Yet while this study was ongoing, NIAID researchers changed the study’s primary outcome from mortality to recovery length.

Still, citing the “promising results” of this NIAID study, the U.S. Food and Drug Administration (FDA) in May issued an emergency use authorization to Gilead for remdesivir. This allowed remdesivir to be distributed throughout the country without formal FDA approval.

Gilead is now marketing remdesivir under the brand name Veklury, which was recently projected to generate $3 billion in sales for the drugmaker in the upcoming year. Numerous governments already pre-ordered the drug in July, and the U.S. Department of Health and Human Services (HHS) purchased500,000 treatment courses.

U.S. taxpayers covered some of the research and development costs for Veklury, to the tune of $70.5 million.

But the cost of the drug hasn’t changed in the transition from government allocation to commercial sales. Medicare does not reimburse directly for remdesivir, and one five-day treatment course costs more than $3,000 for U.S. patients with private insurance and more than $2,000 for government purchasers like the Department of Veterans Affairs.

This high price stands in stark contrast to that of another antiviral, hydroxychloroquine, which costs 30 cents a pill. Hydroxychloroquine, FDA-approved since 1955, is far safer than most popular over-the-counter drugs like Tylenol and aspirin. Physicians can prescribe it for any off-label use and the Centers for Disease Control and Prevention deems the drug safe for pregnant women, breastfeeding women, children, elderly patients, immunocompromised patients and healthy persons of all ages.

Since the beginning of the COVID pandemic, dozens of new studies have demonstrated the effectiveness of hydroxychloroquine and its first cousin, chloroquine, against COVID. These studies occurred in China, France, Saudi Arabia, Italy, India, New York and Michigan. However, such proof of hydroxychloroquine’s benefit to patients with COVID has posed an existential threat to Gilead sales throughout the COVID outbreak.

Under federal law, new treatments do not qualify for emergency use authorization if an FDA-approved treatment exists for the same disease. If hydroxychloroquine had been shown to be effective in COVID patients, Gilead, along with other companies making therapeutics and vaccines for COVID, could not have been granted EUA. The companies would have had to complete standard safety testing and await FDA approval — meaning less profits, longer runways to market, and an end to the lucrative COVID vaccine gold rush.

As Dr. James Todaro wrote in OmniJournal, “Perhaps no other company has more to gain in the immediate future from hydroxychloroquine’s failure than Gilead.”

In June, French epidemiologist Didier Raoult testified to the French Parliament that after being vocal about the possibility that hydroxychloroquine could reduce mortality for COVID patients, he began to receive death threats from a scientist working for Gilead. Raoult and his team in Marseille have used hydroxychloroquine on more than 4,000 patients, reporting a mortality rate of about 0.8%.

The U.S. government’s preferential treatment of Gilead has been transparent. For the past half a year, U.S. national authorities have championed remdesivir while discrediting the use of hydroxychloroquine as a cheaper alternative.

“Right now, today, the cumulative scientific data that has been put together and done over a number of different studies have shown no efficacy,” Fauci said of hydroxychloroquine in July. “[Remdesivir] does work,” said White House Coronavirus Task Force Coordinator Deborah Birx. “The President has been very clear and given me very clear direction to get that out to every single state.”

In April Fauci said: “The data shows that remdesivir has a clear-cut, significant, positive effect.”

When Fauci was asked about a Chinese study published in the Lancet which concluded remdesivir failed to help COVID-19 patients, Fauci criticized it, calling it “underpowered” and “not an adequate study,” despite the fact that the Chinese study was published and peer reviewed, and his NIH study was ongoing, neither published or peer reviewed.

Bill Gates, who has emerged as an unofficial national authority on the pandemic, has weighed in on several occasions, both dismissing hydroxychloroquine and promoting remdesivir. In August, Gates told Wired Magazine that if he were infected with COVID, he would want to be prescribed remdesivir.

According to the  latest update to the NIH COVID webpage, the Treatment Guidelines Panel still recommends doctors give remdesivir to certain hospitalized patients. Since the beginning of the pandemic, as many as 81% of the people on this panel who declared financial conflicts of interest were taking money from Gilead.  So far, the NIH panel hasn’t yet updated its recommendation based on the new data from the WHO.

Jeremy Loffredo is a reporter for Children’s Health Defense.

The conflicts of interest revolving around our public ‘authorities’, Remdesivir, and Gilead Sciences reads like a rap sheet:  https://madisonarealymesupportgroup.com/2020/10/01/gilead-big-pharma-and-the-who-an-unholy-trifecta-of-corruption-and-bioterrorism/

The following article also points out an ugly conflict of interest web between Gilead, the manufacturer of Remdesivir and UNITAID which Soros, Gates, and the Clinton Health Access Initiative, are large investors – with Drs. Fauci and Birx associated with the Clinton Health Access initiative.  And of course, Dr. Fauci has worked with Gilead for a long, long time. Government employees should not be allowed to have financial ties to manufacturing companies and then turn around and make public health policy.  https://principia-scientific.org/a-tale-of-2-drugs-deep-state-chose-money-power-over-lives/

Approximately $70 million in U.S. taxpayer funding began Gilead’s partnership with the U.S. Army, Centers for Disease Control and Prevention (CDC) and National Institutes of Health (NIH) to develop remdesivir. Initially for treating Ebola, it failed to show benefit and was shelved. If remdesivir is used to treat COVID-19, Gilead shareholders, not the taxpayers, will profit.

Early results of the first clinical trial of remdesivir against placebo in coronavirus showed modest benefits, according to The New York Times. Surviving patients given remdesivir were discharged four days sooner than patients given placebo, though no criteria were given for determining improvement. Death rates were not significantly different. About 25% of patients receiving remdesivir had potentially severe side effects, including multiple organ dysfunction, septic shock, acute kidney injury and low blood pressure. Another 23% showed evidence on lab tests of liver damage.

Dr. Steven Nissen, a Cleveland Clinic cardiologist who has conducted dozens of clinical trials, explained to The New York Times:

“The disclosure of trial results in a political setting, before peer review or publication, is very unusual. Scientists will need to see figures on harms associated with the drug in order to assess its benefits. … This is too important to be handled in such a sloppy fashion.”

Going back to 1997, Donald Rumsfeld chaired the Board of Directors at Gilead and after 2001 he held share packages valued at $5-25 Million. Gilead originally developed Tamiflu. George P Shultz, US Secretary of State also was on the board. He sold stocks at a value of more than $7 million. CA governor’s Pete Wilson’s wife also sat on the board.

Comments Off on Remdesivir Gets FDA Approval, But WHO Says Drug Ineffective For COVID