Scrubbed from Internet: History of Gates Foundation Sterilizing Hundreds of Thousands of Young Girls in India with HPV Vaccine 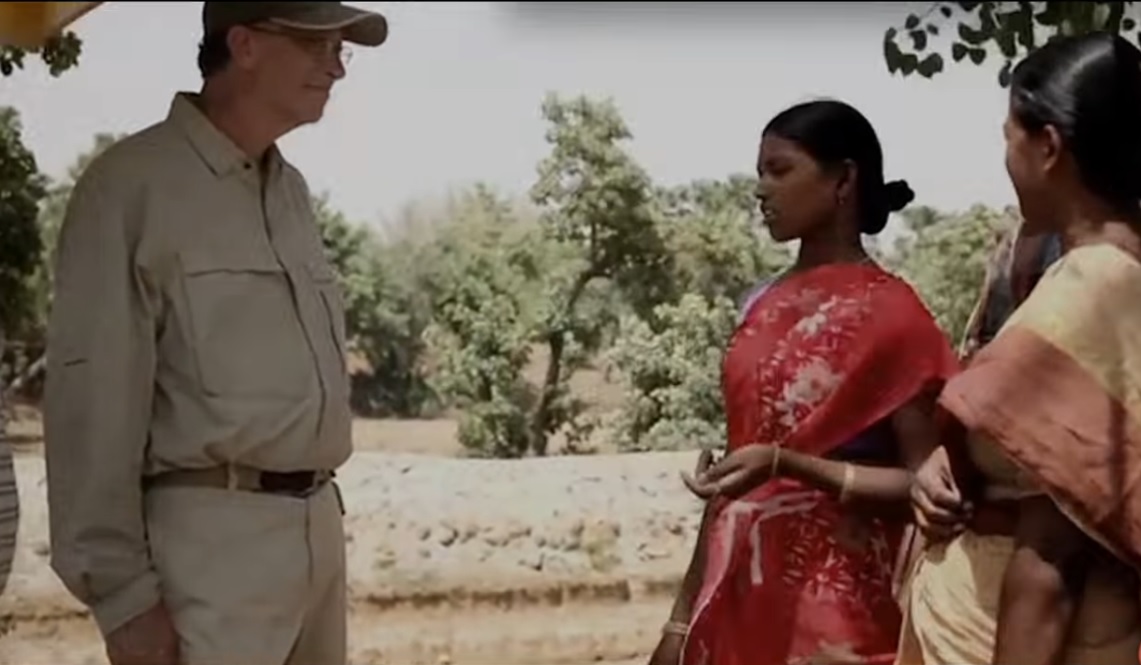 Mikki Willis, in his research for producing Plandemic, looked into the scandal in years past that occurred in India with the Bill and Melinda Gates foundation, and other groups that they funded, in developing and testing the HPV vaccine, which resulted in up to a half million young girls in India becoming sterile.

Mr. Willis reveals that he began investigating this issue about 10 years ago, just prior to the birth of his first child, to better understand the history of vaccines.

He was shocked to find out that many of the videos documenting this scandal in India had been scrubbed from the Internet, forcing him to go directly to sources in India to interview about what actually happened.

Health Impact News has been publishing the crimes of Bill Gates and the HPV scandal for several years as well. Here are some previous articles we have done in the past about this scandal in India, as well as other crimes committed against the children of India which involved more than just the HPV vaccine:

Pediatrician predicts Bill Gates and the WHO will kill 3,125 babies with their 5-in-1 vaccine

Censored in U.S. Media, Killer Vaccines Exposed in India and Around the World

Will India be First Country to Revoke Marketing Licenses for HPV Vaccines?

After the Gardasil HPV scandal, according to Mr. Willis, India kicked Bill Gates and all of the organizations tied to him for vaccine research and development out of India.

But today, they are apparently back in India testing COVID vaccines on unsuspecting poor people.

Watch the interview with Mikki Willis:

Gardasil: The Decision We Will Always Regret

The Gardasil Vaccine After-Life: My Daughter is a Shadow of Her Former Self

Gardasil: An Experience no Child Should Have to Go Through

Recovering from my Gardasil Vaccine Nightmare

Gardasil: We Thought It Was The Right Choice

“HPV Vaccine Has Done This to My Child”

If I Could Turn Back Time, Korey Would not Have Received any Gardasil Shots

What Doctors Don’t Tell You: Our Gardasil Horror Story

Gardasil: When Will our Nightmare End?

HPV Vaccine Injuries: “I Cannot Begin to Describe What it is Like to Watch your Daughter Live in Such Agony”

The Gardasil Vaccine Changed Our Definition of “Normal”

Gardasil: I Should Have Researched First

Gardasil: The Decision I will Always Regret

After Gardasil: I Simply Want my Healthy Daughter Back

Gardasil: My Family Suffers with Me

Gardasil Changed my Health, my Life, and Family’s Lives Forever

My Personal Battle After the Gardasil Vaccine

Gardasil: The Worst Thing That Ever Happened to Me

A Ruined Life from Gardasil

The Dark Side of Gardasil – A Nightmare that Became Real

We have published hundreds of stories about Gardasil over the past few years, and not just personal stories of the vaccine’s effects, but also articles uncovering the corruption that allowed this vaccine to come to market, and published scientific studies, all outside the U.S., showing how dangerous this vaccine really is. Many countries, like Japan, do not recommend this vaccine any longer.

This information needs to be shared far and wide.  Censoring and bullying those questioning vaccine safety MUST STOP.  This is not Science, it’s politics.

FYI:  I recently posted a GSK whistleblower stating that the COVID vaccine ALSO causes sterility:  https://madisonarealymesupportgroup.com/2020/08/24/gsk-whistleblower-covid-vaccine-caused-sterility-in-97-of-women/  While this has not been substantiated, it’s quite clear when you understand the HPV story, that vaccines HAVE caused sterility in the past.  Please share.  Future generations depend upon the truth on this matter.

WITI Fox 6 in Milwaukee, Wisconsin interviewed sisters Maddie and Olivia Meylor and their mother this week, discussing their HPV vaccine injuries which left them unable to ever conceive and bear children:  https://vaccineimpact.com/2014/theyve-been-robbed-of-their-womanhood-local-milwaukee-media-covers-gardasil-vaccine-injuries/

Comments Off on Scrubbed From Internet: History of Gates Foundation Sterilizing Hundreds of Thousands of Young Girls in India With HPV Vaccine & Must-See Video

Where on Your Body Are You Most Likely to Find a Tick? Upstate Study Has the Answer

The Lyme Voices You Didn’t Hear at TBDWG Meeting