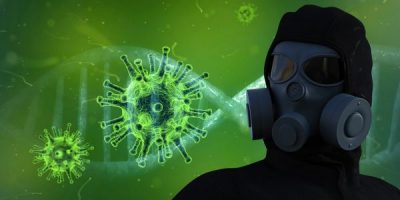 In 2009, NIAID Director Anthony Fauci was firmly in support of a multibillion dollar H1N1 vaccine project

Today he is an avid supporter of  a COVID-19 vaccine.

What he fails to acknowledge is that the 2009 H1N1 Vaccine caused brain damage in children.

It was developed by Glaxo Smith Kline which today is at the forefront of the COVID-19 vaccine initiative.

Dr. Faucy addresses the H1N1 Vaccine Safety Issue in this video (starting at 6:50).

Scroll down for the reports on H1N1 vaccine scam. (Please see link for article)

Peter Todd, a lawyer who represented many of the claimants, told the Sunday Times: “There has never been a case like this before. The victims of this vaccine have an incurable and lifelong condition and will require extensive medication.”

The vaccine, called Pandemrix, can cause narcolepsy and cataplexy (sudden muscle weakness where you can fall down).  Eight hundred children so far have been made ill by this vaccine.

Notice at about 2:30 the doctor even states immunization can bring on these symptoms – so it’s known that vaccines can cause narcolepsy.

Hopefully it’s clear from these videos that narcolepsy and cataplexy are horrific conditions to live with. GSK was ordered to withdraw Pandemrix in the UK.

The author of the article states the same companies involved in 2009 are at it again by supposedly developing a “safe” COVID-19 vaccine that has been fast-tracked, thereby bypassing important safety protocols.  The very same media that was complicit in 2009 are also doing it all over again with COVID-19.  Don’t be duped.

Michel Chossudovsky is an award-winning author, Professor of Economics (emeritus) at the University of Ottawa, Founder and Director of the Centre for Research on Globalization (CRG), Montreal, Editor of Global Research.  He has taught as visiting professor in Western Europe, Southeast Asia, the Pacific and Latin America. He has served as economic adviser to governments of developing countries and has acted as a consultant for several international organizations. He is the author of eleven books including The Globalization of Poverty and The New World Order (2003), America’s “War on Terrorism” (2005), The Global Economic Crisis, The Great Depression of the Twenty-first Century (2009) (Editor), Towards a World War III Scenario: The Dangers of Nuclear War (2011), The Globalization of War, America’s Long War against Humanity (2015). He is a contributor to the Encyclopaedia Britannica.  His writings have been published in more than twenty languages. In 2014, he was awarded the Gold Medal for Merit of the Republic of Serbia for his writings on NATO’s war of aggression against Yugoslavia. He can be reached at crgeditor@yahoo.com