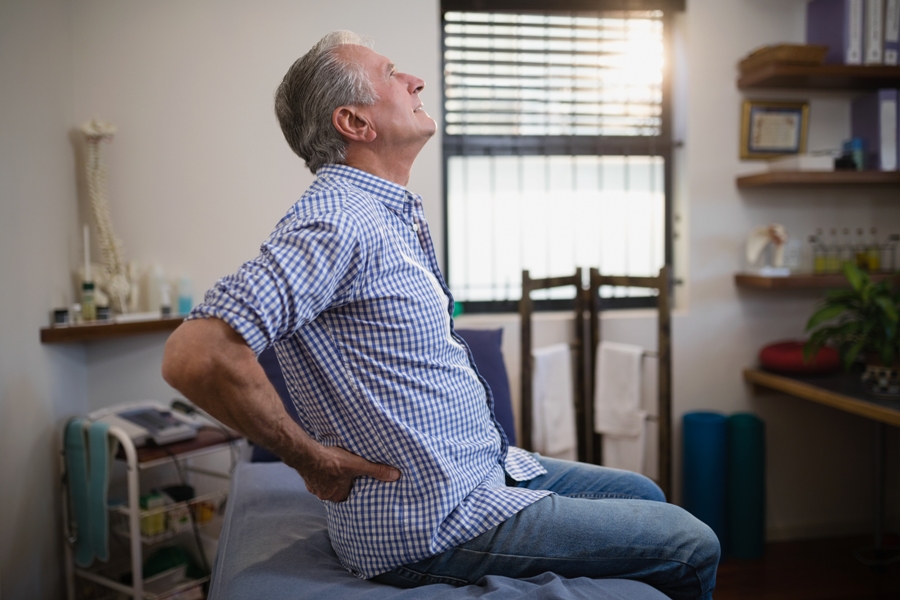 Bannwarth syndrome is typically seen in Europe. However, in 2017 doctors from Mayo Clinic described 5 patients with the disease living in Minnesota and Wisconsin. All of the patients presented with peripheral neuropathy.

Now, a 2019 case report by Diaz ¹  describes a 60-year-old man from the United States with a variant Bannwarth syndrome. The man initially presented with high liver function tests and weight loss of approximately 25 lbs.

For 3 weeks he experienced progressive back pain, along with peripheral neuropathy,which included arm and leg weakness, numbness in his hands and a right facial droop. Shortly after he was admitted to the hospital, the man developed a complete facial palsy.

An EMG and nerve conduction study of his upper and lower body demonstrated prolonged distal latencies and slowed conduction velocity seen in polyradiculopathy.

His serologic and spinal fluid was positive for Lyme by Western blot IgG. The serologic test revealed only one IgM band. A CSF:serum antibody index assay was not performed.

Anaplasmosis was considered as the cause of transaminitis (high liver function) but the tests were negative. Serologic tests were positive for Babesia but there was no evidence of parasites in his blood.

The man’s evaluation led to a diagnosis of a variant Bannwarth syndrome. And he was treated successfully with 4 weeks of intravenous ceftriaxone.

“On follow-up at 2 months, facial paralysis, pain, motor, and sensory deficits had resolved with return to baseline weight and liver function tests,” the authors write.

“Our case demonstrates the importance of consideration of Bannwarth syndrome in the diﬀerential of meningoradiculitis, even in the setting of atypical features such as liver dysfunction and weight loss,” writes Diaz.

Editor’s note: This case suggests the need to look for Bannwarth syndrome in patients living in the U.S. It also highlights the importance of considering this condition in patients who present with painful radiculopathy, neuropathy, varying degrees of motor weakness, and lower motor neuron (LMN) facial nerve palsy, even with a normal spinal tap.

Femoral neuropathy as a neurologic symptom of Lyme disease

Just yesterday I posted this study on meningitis and radiculitis with Lyme:  https://madisonarealymesupportgroup.com/2020/01/08/atypical-presentation-of-lyme-neuroborreliosis-related-meningitis-radiculitis/

As you can see from the article, a 2017 article is included in which the following is stated:

A typical early syndrome due to neuroborreliosis has been characterized as a triad of the symptoms mentioned above including radicular pain, cranial or peripheral paresis, and lymphocytic meningitis and is called “Bannwarths syndrome” (Bannwarth, 1941).

The patients were identified at Mayo Clinic campuses in Minnesota and Wisconsin. (1)

Bannwarth syndrome associated with Lyme Disease is not a reportable disease, so data regarding the numbers of cases is scant and no researcher should be saying it is atypical.

Just because something isn’t in the literature doesn’t mean it isn’t happening in reality. The reason this distinction is important is doctors rely heavily upon studies and when researchers state unequivocally that something is “rare” or “atypical,” they typically aren’t even going to entertain it.  This is why it’s important for patients to be educated so they can be their own advocates.