Lyme Pseudothrombophlebitis in a Young Child

LYME PSEUDOTHROMBOPHLEBITIS IN A YOUNG CHILD 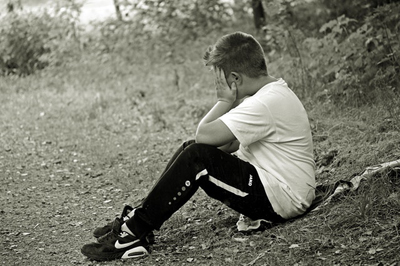 This case report, featuring an 8-year-old boy, illustrates, once again, the unusual presentation that can occur with Lyme disease. [1] The child was admitted to the emergency department at Jefferson University Hospital in Philadelphia with swelling and pain in his knee and calf.

The pain had been ongoing for one week. “He described the pain as throbbing, worse with movement, and improved with rest,” writes Sandelich and colleagues.  Three days earlier, the boy had visited a different emergency department and was diagnosed with a muscle sprain following results from an X-ray.

The boy’s pain, however, continued, and an ultrasound of the lower extremity was obtained. It revealed “a 13 x 6 x 2.7-cm heterogeneous mass with solid and cystic components in the left calf,” writes Sandelich.

A Lyme Western blot test was positive, and the child was diagnosed with Lyme pseudothrombophlebitis. He was treated successfully with intravenous cefazolin, followed by 4 weeks of amoxicillin.

“A known complication of a ruptured popliteal cyst (fluid collection behind the knee) is a pseudothrombophlebitis,” explains Sandelich. A popliteal cyst, also known as a Baker’s cyst, has been reported in Lyme disease.

The authors caution, “The clinical presentation in this case is similar to that of a DVT [deep venous thrombosis), and obtaining an ultrasound of the deep leg veins is imperative.”

I find it interesting that when I search popliteal cyst, Lyme disease is not mentioned. Most doctors are not going to even think about it, yet swollen knees are a hallmark symptom with Lyme and in fact was one of my first symptoms along with a fever.  I take issue with the statement that it is an “unusual” presentation.  In my experience it is very common – particularly in children.

I often wonder what would have happened if my case was caught at this stage.  I imagine I would have fared much better.  Unfortunately, like so many, I was left to languish for months (some languish for years) before the infection became widely systemic and much harder to treat. Telling patients to “wait and see” is dooming them to often life-long suffering when early treatment could have set them right.

My doctor told me I had “washer woman’s knee” from scrubbing the floor, despite standing and using a mop!

You can’t make this stuff up.

Comments Off on Lyme Pseudothrombophlebitis in a Young Child

Teflon: DuPont, EPA and Pentagon Covered Up the Mass Poisoning of America