Many patients who call requesting an initial psychiatric consultation are suffering from a common condition known as mast cell activation syndrome (MCAS). MCAS can present with extremely diverse fluctuating symptoms. Brain fog, anxiety, depression, and insomnia are among the most common symptoms. It is truly unfortunate that MCAS is not on the radar of most psychiatrists.

When a patient reports massive bloating accompanied by a 15-pound weight gain in a week, or that they can only eat a very restricted dietbecause they have instant horrible reactions to foods, or are experiencing weird neurological symptoms, or that they have become ultra-sensitive to a wide variety of stimuli, I immediately wonder if MCAS is at play. For some patients, the recognition and treatment of this condition have made a big difference in terms of quick symptom relief. 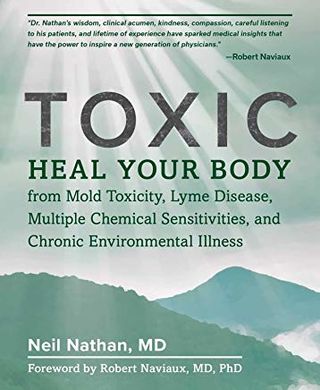 Symptoms Dr. Nathan lists that can be attributed to MCAS include:

When patients consult their primary care doctor with many seemingly random dramatic complaints affecting unrelated organ symptoms, which often feature prominent psychiatric symptoms, they are often thought to be suffering from a psychosomatic condition and told “its all in your head.” They may be sent home with a prescription for an antidepressant or anti-anxiety medication, which not only is experienced as invalidating but does not address the root cause of their symptoms.

Identifying MCAS as the source of symptoms has important treatment implications and can speed recovery.

Mast cells are white blood cells that are part of the immune system and function as a bridge between the immune and the nervous system, acting to coordinate the two. Their primary function is to defend against toxins and infectious agents.

Mast cells can be found in all tissues of the body, but the highest concentrations are located in those parts of the body that interface with the outside world and are thus exposed to infections and toxins. These include the sinuses, throat, gastrointestinal tract, respiratory tract, skin, and genitourinary tract.

Mast cells are filled with vesicles called granules that contain more than 200 different biochemical signalers.  When a toxin or infectious agent is introduced, an individual with a well-functioning immune system will mobilize their mast cells to orchestrate an appropriately measured response. The mast cells release their biochemical mediators, most prominently histamine, serotonin and tryptase, to neutralize the danger.

If a person’s immune system has become dysregulated and hyperaroused, the mast cells can become overreactive. Instead of releasing their biochemical mediators in an appropriately self-limited way, they become disorganized and degranulate chaotically, causing the wide array of symptoms listed above.

Treatment consists of stabilizing the membranes of the mast cells so that they do not degranulate and calming down the nervous system.

For some patients, conventional over-the-counter antihistamines can be useful. Improvement may be immediate or can take up to two months. Another mast cell stabilizer is quercetin, a member of the vitamin C family. Another medication that can be helpful is the histamine-2 blocker, famotidine.

There are natural substances that can be helpful as well as prescription medications.

Some patients with MCAS benefit from a low histamine diet.  It is important to determine whether such a diet does in fact make a difference because it is not healthful to restrict diet unnecessarily.

Although treating MCAS is helpful for affording symptom relief, there is a need to address the underlying root cause in order for a patient to heal.

One of the most prevalent topics at the ILADS convention was MCAS involvement with Lyme/MSIDS. Many LLMD’s are seeing this trend of having both in their patients. Dealing with the MCAS helps the overall symptom picture greatly in these patients.

Comments Off on Mast Cell Activation Syndrome: An Alert To Psychiatrists