If You’re Testing For Lyme Disease, Here’s What You Should Know

If You’re Testing For Lyme Disease, Here’s What You Should Know 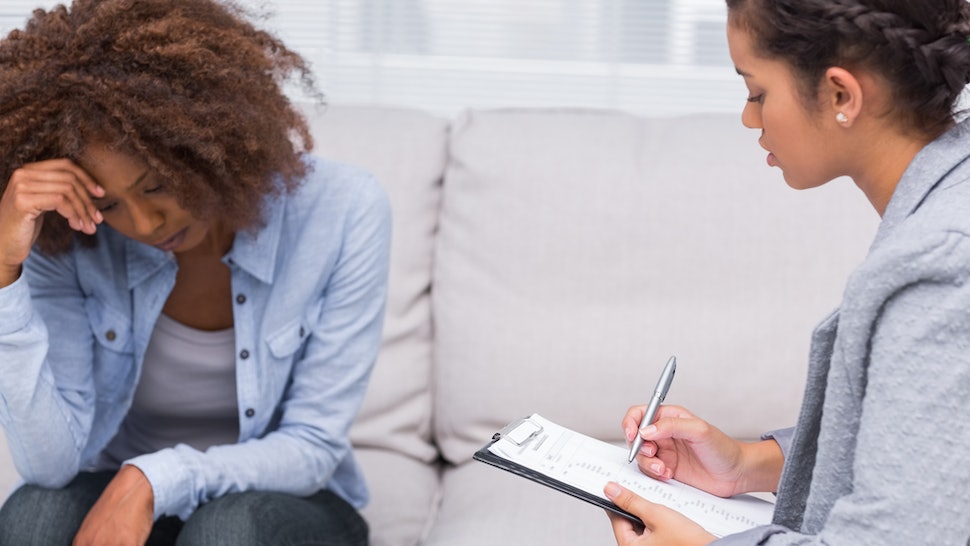 Lyme disease is a growing epidemic, with cases more than doubling in the U.S. from 22,000 in 2004 to 48,000 in 2016. But even more people than that likely have Lyme disease and don’t know it. The typical Lyme disease tests — the Western Blot and ELISA blood tests — are believed to miss many infections, leading some doctors to use other methods for Lyme disease diagnosis.

The most common way of testing for Lyme is a two-tier approach, where people do a Western Blot test if the ELISA test is positive, Elena Frid, MD, a board-certified neurologist who specializes in Lyme disease, tells Bustle.

This approach is only 56 percent sensitive, which means it misses 44 of every 100 cases, she says.

Some patients may also receive a spinal tap to check for Lyme in the cerebrospinal fluid, but this is also not sensitive enough for a negative test to rule out Lyme.

They also don’t test for every strain of bacteria that can cause Lyme, Marna Ericson, PhD, assistant professor at University of Minnesota Medical School, who is currently developing a new Lyme test that detects DNA and RNA, tells Bustle. Plus, many Lyme bacteria form collections called biofilms in tissue where they become dormant, so they may not be in the blood. In addition to producing false negatives for all these reasons, antibody tests can product false positives because someone can have antibodies from a past infection, Ericson says.

Some alternative tests that have not yet been adopted by most doctors use other methods in attempt to circumvent these problems. IGeneX makes more sensitive ELISA and Western Blot tests, though they still miss many infections. DNA Connexions, another Lyme test provider, detects DNA of microbes known to cause Lyme and co-infections in a patient’s urine. Even then, though, the urine sample is only a snapshot, so the microbes could be hiding out elsewhere in a patient’s body, Dr. Reihman says. And if the microbe is found, there’s no guarantee that the person has an active Lyme infection, as many people keep these microbes latent and are healthy.

One of the most promising tests is from ArminLabs, where antigens are put into a blood sample to see if the immune cells secrete inflammatory markers that indicate they’re being whipped into action, Dr. Reihman says. However, she adds, “they’re not going to be 100% sensitive.” Ericson believes the most accurate tests are ones like those from Galaxy Diagnostics and TLAB that test for genetic material visualization of bacteria in tissue from blood samples.

But many doctors diagnose patients with Lyme based on their symptoms alone, which is known as a clinical diagnosis. The CDC states that the main criteria for a Lyme diagnosis are symptoms and history of exposure to ticks.

“I don’t rely exclusively on testing. Even the new ones are not 100 percent sensitive, so when the test is negative, it comes down to a clinical diagnosis in the end,” Dr. Reihman says.

Dr. Frid believes in making a clinical diagnosis but using blood tests from providers like IgeneX and Galaxy to support that diagnosis, with the understanding that a negative test doesn’t rule it out. She also advocates testing for Lyme co-infectionsincluding Babesia, Bartonella, Ehrlichia, Rickettsia, Tularemia, Mycoplasma, Strep, and Epstein-Barr virus.

The moral of the story is that figuring out whether you have Lyme is not as simple as going to any old doctor and taking a blood test. And if you have done that but have been told that you’re fine or that your symptoms are in your head, you don’t have to take that answer at face value.

Your best bet is to go to a doctor with experience diagnosing, treating Lyme disease, and exploring all the different markers of Lyme, including symptoms, exposure history, and possibly test results or responses to treatment.

“Our findings recognize that microbial infections in patients suffering from TBDs do not follow the one microbe, one disease Germ Theory as 65% of the TBD patients produce immune responses to various microbes.”

Please notice the emphasis on a “clinical” diagnosis based on exposure and symptoms.  Mainstream medicine is completely ill equipped for this and needs serious education.  If you are a practitioner wanting this or if you are a patient with a doctor open-minded and willing to learn about Lyme/MSIDS, please see:

Comments Off on If You’re Testing For Lyme Disease, Here’s What You Should Know

Riding Out The Storm of Lyme

Lyme Disease in Children: How to Navigate Symptoms, Testing, and Treatment