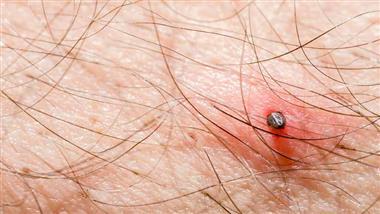 Lyme disease remains one of the most serious and controversial epidemics today.

Approximately 30,000 cases of Lyme disease are reported to the Centers for Disease Control and Prevention (CDC) every year. However, data from the standard national surveillance show that around 300,000 people are diagnosed with Lyme disease each year in the U.S.,1 indicating the disease is considerably underreported. But what exactly is Lyme disease and how can you contract it?

An Overview on Lyme Disease

Lyme disease is a bacterial infection that can be transmitted by ticks.2 Some studies suggest that the bacteria that cause it can also be spread by other insects like fleas, mosquitoes and mites.3 Lyme disease is called “the great imitator” because it mimics a number of disorders such as arthritis, multiple sclerosis (MS), chronic fatigue syndrome, amyotrophic lateral sclerosis (ALS) and Alzheimer’s disease.4,5

It’s also called “the invisible illness,” as infected individuals can appear to be completely healthy even though they are experiencing severe symptoms.6

Lyme disease usually starts with a red, round rash that resemble a bull’s-eye. It then progresses with symptoms such as fatigue, fever, headaches and joint and muscle pain. It can then progress to muscle spasms, loss of motor coordination, intermittent paralysis, meningitis and even heart problems.7 The disease typically causes vague, dispersed pain, which is the reason it is often misdiagnosed as fibromyalgia even by experienced doctors.8

The best strategy against Lyme disease is to avoid being bitten by ticks and other insects. The CDC recommends checking your whole body carefully after going to a tick-infested area and taking a shower immediately after being outdoors, to wash off and easily find ticks or tick bites.9

Many physicians now acknowledge that Lyme disease is real, but there is still controversy about whether it can become a chronic condition.10 Members of the Infectious Disease Society of America (IDSA) do not believe in chronic Lyme and generally will not treat a patient longer than the usual duration of treatment, which is four to six weeks.

On the other hand, members of the International Lyme and Associated Diseases Society (ILADS) believe that Lyme disease can persist and are willing to treat patients for a longer duration.11

According to a study funded by the National Institutes of Health, long-term antibiotic treatment is not beneficial for individuals with ongoing symptoms of Lyme disease, as it does not result in a positive prognosis and only increases the risks for complications such as biliary disease.12,13 It can also significantly decrease the beneficial bacteria in the gut and impair your natural immune function. To help manage this condition without complications, opt for safer holistic methods.

These Pages Will Help You Better Understand Lyme Disease

Take immediate action if you suspect that you, someone you know or your pet is infected with Lyme disease. Read these pages to learn more about Lyme disease, including its causes, stages, symptoms and treatment options. Learning crucial information about this potentially debilitating condition is an important step to helping lower your risk.

The first clinical trial, which included two studies conducted at multiple research sites, had patients treated with 30 days of an intravenous antibiotic followed by 60 days of treatment with an oral antibiotic.

Another study, published in 2003, patients were treated with 28 days of intravenous antibiotic compared with placebo.

A reappraisal of several of these studies concluded that IV antibiotics may provide benefit to PTLDS fatigue, but in light of significant adverse events they were not recommended and improved methods of treatment were needed.

I do not call a month or two of IV antibiotics “long term” treatment.  Regarding the severe reactions by a few on IV antibiotics, many patients do not require IV’s at all, lessening the adverse events substantially. Everyone knows IV antibiotics come with risk but that is a risk patient and doctor should weigh against the severity of the case. To determine that IV antibiotics across the board are not worth the risk is like stating that due to severe reactions, cancer treatment should be discontinued for everyone at all times. Go here to read of a Milwaukee, WI doctor and IDSA founder who used 6-8 grams of IV antibiotics on many of his patients with success:  https://madisonarealymesupportgroup.com/2017/07/09/idsa-founder-used-potent-iv-antibiotics-for-chronic-lyme/

BTW: long-term antibiotics have been used for acne, rheumatic fever, cystic fibrosis, and other diseases.  Lyme/MSIDS can maim and kill you.

Much has also come out recently on the type of antibiotics used, and ceftriaxone may not be the best choice:  https://madisonarealymesupportgroup.com/2019/04/24/three-antibiotic-cocktail-clears-persister-lyme-bacteria-in-mouse-study/

Until borrelia pleomorphism is addressed, mainstream medicine will continue to throw the mono therapy of doxycycline or ceftriazone at this when much research has shown it isn’t enough:  https://madisonarealymesupportgroup.com/2019/02/25/medical-stalemate-what-causes-continuing-symptoms-after-lyme-treatment/

In vitro work has shown only certain drugs work against various forms of Lyme:  https://www.dovepress.com/evaluation-of-in-vitro-antibiotic-susceptibility-of-different-morpholo-peer-reviewed-article-IDR  Metronidazole led to reduction of spirochetal structures by ~90% and round body forms by ~80%. Tigecycline and tinidazole treatment reduced both spirochetal and round body forms by ~80%–90%.  In terms of qualitative effects, only tinidazole reduced viable organisms by ~90%. Following treatment with the other antibiotics, viable organisms were detected in 70%–85% of the biofilm-like colonies.

Also, these studies do not even mention the word coinfection, yet many patients are infected with many pathogens besides Lyme (borrelia).  The coinfected patient will not get better with only 1 drug:  https://madisonarealymesupportgroup.com/2018/10/30/study-shows-lyme-msids-patients-infected-with-many-pathogens-and-explains-why-we-are-so-sick/  For instance, ceftiaxone will not effectively treat Babesia. Research has shown that those infected with both Lyme and Babesia have more severe cases of longer duration: https://reference.medscape.com/medline/abstract/8637139

Studies used to supposedly show that long-term antibiotics don’t work are rigged from the get-go to reveal a pre-determined outcome.

I can tell you right now, my husband and I very well might not be on planet earth if it weren’t for judiciously used long-term oral antibiotics.  I’m talking YEARS of treatment, not a month’s worth.  If you watched “Under Our Skin,” the ranger stated,

“Who would have thought my greatest improvement came after 3 years of treatment.“

This has been our experience with many other patients saying the exact same thing.

In talking to Dr. Hoffman, RIP, and probably one of the most experienced practitioners in the state of Wisconsin, he told me that when he initially started treating people for this in the 70’s, before it even had a name, cases resolved within a couple of months to a year.  Now, cases are taking 3 and more years for resolution.  WHY?  Good question.  He, Dr. Burrascano, and Dr. Horowitz have all stated that coinfections weren’t as much of an issue decades ago, but that now the added effect of Lyme with numerous coinfections are making cases much more severe.  http://www.lymepa.org/c07%20Lyme%20disease%20and%20Babesiosis%20coinfection.pdf

The CDC/NIH/IDSA won’t even consider pleomorphism of borrelia or coinfections involvement.  Again, WHY?

Perhaps that question needs to be resolved first before anyone claims the science is settled on treatment.

Don’t let anyone convince you that treatment isn’t crucial and that you can not get better (not just for acute cases).  You can regain much if not all of what you’ve lost to this plague.  It takes patience, nuance, and effort, but refuse to roll over and accept doom:  https://madisonarealymesupportgroup.com/2019/04/29/is-the-sky-truly-going-to-fall-for-patients-with-the-untreatable-form-of-lyme-disease/

Trust me – nobody out here in Lyme-land enjoys taking antibiotics.  We take them because they improve our lives dramatically or even can make us completely well.  Antimicrobial treatment is imperative but only one prong of successful treatment.  I understand the need for antibiotic stewardship but people are dying from Lyme/MSIDS.  For more:  https://madisonarealymesupportgroup.com/2016/02/13/lyme-disease-treatment/

This plague is far, far worse than they are admitting. Don’t kid yourself.  This is about money & power. Insurance companies don’t want to pay so authorities have constructed a paradigm making that possible.

Refuse to fall through the crack they’ve created.

Comments Off on Lyme Disease: An Introduction

One Family’s Story of Strep, Lyme Disease, and PANS/PANDAS