Vaccine for Acne Targets Bacteria in the Skin’s Microbiome

Vaccine for Acne Targets Bacteria in the Skin’s Microbiome 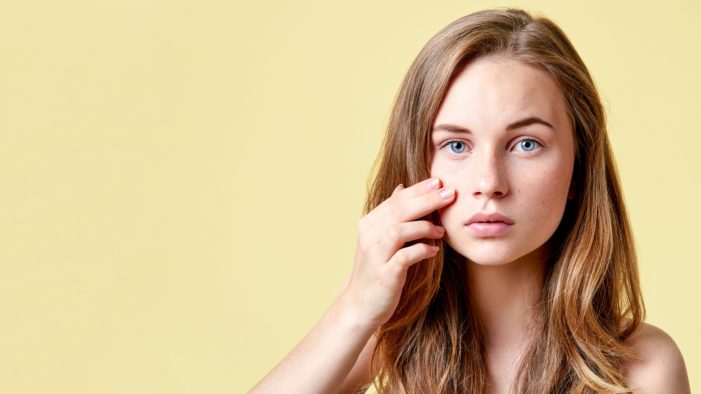 A new study published in the Journal of Investigative Dermatology reports that a group of scientists at the University of California, San Diego are in the process of developing a vaccine to treat acne. According to the American Academy of Dermatology (AAD), acne is a common, non-life threatening skin condition affecting up to 50 million people annually.1

Acne is generally believed to begin during puberty but can occur at any stage of life. Late onset of acne is becoming increasingly common in women in their 30s, 40s and 50. Treating acne is a $3 billion industry in the United States, which includes everything from topical skin creams, cosmetic products to pharmaceutical drugs; however, current treatments have proved to be ineffective. Researchers are now saying that a new vaccine for acne appears to be promising for the future.2

It has long been believed that bacteria play a big role in triggering acne; therefore, antibiotics have always been the go-to treatment for acne. Nevertheless, many people who have used antibiotics for treating acne have found it to be ineffective, which essentially means that killing bacteria is not the answer.3

Past research has discovered that a bacterium known as Propionibacterium acnes (P.acnes) resides in the pores of the skin and releases a toxin known as Christie-Atkins-Munch-Peterson (CAMP) factor, that plays a role in the development of acne.4 Instead of targeting pathogens, which most vaccines are designed to do, the new acne vaccine would be the first of its kind to target this specific bacteria (P.acnes) that is already present in abundance on the human skin.4

Emmanuel Contassot, PhD at The University of Zurich in Switzerland who also authored an editorial accompanying the study, cautions that while such vaccines could be more effective than current acne treatments, such a vaccine could also be problematic to the skin’s microbiome. He states that,

“acne immunotherapies that target P. acnes-derived factors have to be cautiously designed to avoid unwanted disturbance of the microbiome that guarantees skin homeostasis [self-regulation].”5

He goes on to further explain that,

“Targeting P.acnes with a vaccine would be more specific and less toxic than chemical therapies but not all P. acnes bacteria is bad. It’s made up of different strains, and while some cause acne, others are beneficial. If it targets the wrong strains, the vaccine “might worsen patients’ condition by disturbing skin integrity.”3

A Band-Aid Solution to Acne

For such a common skin condition, acne is highly misunderstood and mistreated by health care professionals. Over the last few years, emerging evidence points to environmental factors such as diet, stress, etc., as the root cause of acne and not bacteria and genetics.6 Acne is a symptom of an underlying condition in the body that can easily be treated naturally.6 Just like many other drugs and vaccines on the market, this proposed vaccine is merely a band-aid solution to a problem that has been observed to be caused by factors that can be corrected without the use of a vaccine and pharmaceutical drugs, thus leading to better health.

This vaccine, yet again, is reflective of a medical model that continues to take on a reactive approach to health care by aggressively using vaccines and pharmaceutical drugs to suppress symptoms without addressing the underlying cause.

1 American Academy of Dermatology. Skin Conditions by the Numbers. Aad.org.
2 Wang et al. The Anti-Inflammatory Activities of Propionibacterium acnesCAMP Factor-Targeted Acne Vaccines. Journal of Investigative Dermatology 2018.
3 Park A. Why Does Acne Still Exist? The Atlantic June 5, 2013.
4 On the Horizon: A New Acne Vaccine. Science Daily Aug. 29, 2018.
5 Cohut M. A New Vaccine Could Wipe Out Acne. Medical News Today Aug. 31, 2018.
6 Mercola J. The Root Cause of Your Acne Your Doctor Will Never Tell You About. Mercola.com May 31, 2011.