Canine Maps – Better Than the CDC’s in Predicting Lyme Disease 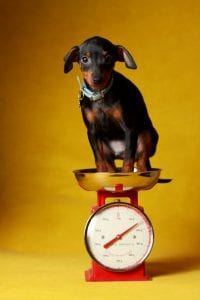 Dogs are considered a good gauge of the exposure of their human owners to infected ticks because they usually share the same environment and visit the same outdoor areas.  In other words, canines are considered to be sentinel indicators of Lyme disease risk for humans. Not all dogs who test positive for Lyme antibodies are ill. However, they have been exposed to the Lyme disease bacteria.

A combination of studies out of the Netherlands found that hunters and their hunting dogs had tested positive for Lyme disease at similar rates (17% hunting dogs vs. 15% hunters.)

However, the same study found that pet ownership itself did not increase risk, but that exposure was the primary factor: “Only 12% of the seropositive hunters had hunting dogs which were also seropositive. Moreover, hunters without dog ownership showed no significantly lower rates of seropositivity.”

Between 2011 and 2015, IDEXX collected nearly 12 million Lyme disease test results from US veterinarians on a county-by-county basis. The data indicates that Lyme disease is present in abundance in every state in the US.

This means that there are roughly 25 times more canine cases than CDC surveillance cases. Even taking into account the fact that the CDC acknowledges that surveillance reports significantly underestimate the real incidence of Lyme disease by a factor of 10, the discrepancy is extraordinary. As the chart below reflects, canine cases are still more than three times the number of CDC estimated cases (300,000).

The discrepancy between CDC and canine cases is even more pronounced in the western and southern states. In the West and the South, there are 104,104 cases in dogs annually, compared to 2,342 CDC-reported cases. In other words, there are roughly 50 times more canine cases than CDC surveillance cases. 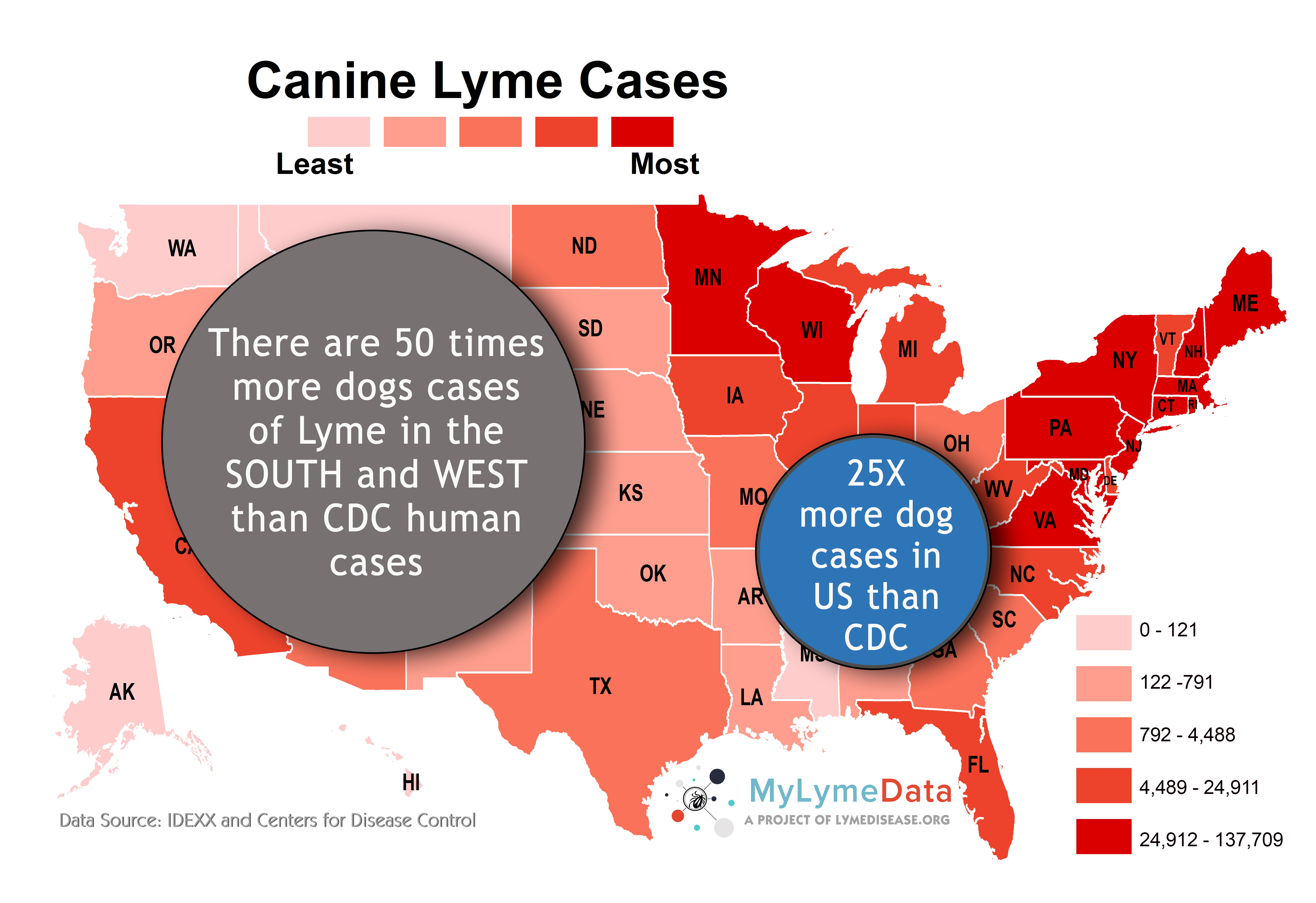 Michael Yabsley, a parasitologist at the University of Georgia, and Christopher McMahan, an assistant professor of mathematical sciences at Clemson University, have used the IDEXX canine data to develop a risk forecast map for the predicted Lyme disease prevalence — the percentage of dogs who are likely to test positive — by county in each of the 48 contiguous states.  Yabsley explains the predictive relationship:

“Dogs really are the canary in the coal mine for human infection. Our research team has evidence that the relationship between canine disease and human disease is strong. Because dogs are being tested for exposure during annual exams, these data are available on a national scale, something that is difficult to get when studying the ticks and environment directly.”

Aside from indicating environmental exposure risk, the data illustrates that people who own pets need to be aware that they face the same exposure when walking their animals or when their animals return home from outdoors carrying ticks.  Hence, preventative measures for pets—such as using appropriate tick and flea collars—are essential health matters for both people and their pets to avoid exposure.

LymeDisease.org believes that the IDEXX maps, which track Lyme disease as well as other tick-borne diseases such as ehrlichiosis and anaplasmosis, are the most accurate reflection of exposure. You can type in your zip code in the top right corner to assess your riskhere.

For example, in my zip code alone in Los Angeles, 626 cases of canine Lyme disease have been identified. (There are more than 3,500 zip codes in Los Angeles county.) That’s substantially more than the CDC reports for Californiaas a STATE for the last five years (2010-2015).

If you are interested in more information, check out the LymeSci blog on the predictive mapping of canine risk.

The LYME POLICY WONK blog is written by Lorraine Johnson, JD, MBA, who is the Chief Executive Officer of LymeDisease.org. You can contact her at lbjohnson@lymedisease.org. On Twitter, follow her @lymepolicywonk.  If you have not signed up for our patient-centered big data project, MyLymeData, please register now.

**Comment**
Fantastic, informative article and so true.  My dog got better treatment than we did.  The tests for animals are much more accurate and veterinarians completely understand the seriousness of TBI’s (tick borne illness) unlike human doctors.  Our vet had NO TROUBLE treating my dog for over a month even though HE HAD NO SYMPTOMS.  Compare that attitude with the reality of multitudes of humans being continually turned away because of arbitrary reasons such as a lack of an EM rash, a map that demonstrating a lack of ticks or infected ticks on that geographical region, not enough time passed before accepted dogma of transmission, and so many other reasons.
For more on Pets and TBI’s:
https://madisonarealymesupportgroup.com/2017/08/12/pet-owners-have-nearly-2-times-the-risk-of-finding-ticks/
https://madisonarealymesupportgroup.com/2016/12/10/morgellons-in-dogs/
https://madisonarealymesupportgroup.com/2017/08/09/bartonella-u-s-clinicians-experience-and-knowledge/