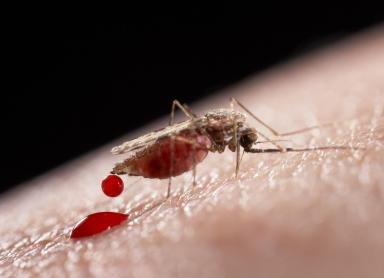 https://www.sciencenews.org/article/gene-drives-spread-their-wings  Proponents claim that diseases like malaria and Lyme Disease could be wiped out, along with invasive species, herbicide-resistant weeds and pesticide-resistant bugs.  Dream come true?  Even animals with harmful viruses could be immunized easily due to gene drives, which are clever bits of engineered DNA designed to propel themselves into the DNA of a pesky or troubled organism. It is a targeted contagion intended to spread within species, forever altering the offspring, and purposely upending natural selection.

With the emergence of CRISPR (clustered regularly interspaced short palindromic repeats), gene drives have become a reality. Geneticist Hugo Bellen claims, “Everything is possible with CRISPR.” “I’m not kidding.”

In 2012, researchers figured out how to literally cut and paste nearly any gene into any organism. Usually, organisms have a 50 percent chance of passing a gene to an offspring. The gene drive makes sure the gene gets passed more often due to it being copied into the chromosomes from both parents.

Biologists Gantz and Bier reported online in Science that they had created a gene drive in fruit flies to turn them yellow. The experiment worked the first time, but it wasn’t perfect. Four percent of the females had patches of both normal and yellow cells. They called it a “mutagenic chain reaction,” but it was the first time a CRISPR gene had been deployed.

The fly in the ointment could be releasing all of this into the wild. So far, researchers have kept the gene drives in the lab, where there are obvious limitations and containment, but theoretically, just one of these engineered organisms could wipe out an entire population, where international boundaries would not be respected.

http://singularityhub.com/2015/11/29/gene-drives-can-eliminate-transmissible-diseases-for-good-but-whats-the-price/  Dr. George Church, a gene drive researcher at Harvard, believes there needs to be failsafe mechanisms, which in essence involves another gene drive – a kind of reversal should something go wrong. It’s only worked in yeast, so far.

http://www.nature.com/news/crispr-the-disruptor-1.17673  “It is essential that national regulatory authorities and international organizations get on top of this — really get on top of it,” says Kenneth Oye, a political scientist at the Massachusetts Institute of Technology and lead author of the Science commentary. “We need more action.” The US National Research Council has formed a panel to discuss gene drives, and other high-level discussions are starting to take place, but Oye is concerned that regulatory changes may happen only after a high-profile gene-drive release, in other words, after it’s too late. (For a five minute audio of reporter Kerri Smith investigating the meteoric rise of CRISPR click on the link above.

Gene drives can be tricky. In the case of malaria, for instance, researchers had to inject Cas9 and guide bits of RNAs and DNA containing the gene drive into a mosquito egg, which is less than a millimeter long. Another difficult issue is knowing which gene or genes to disrupt or incapacitate in a pest.

On top of those difficulties, scientists do not know how all of this will affect ecosystems and are unclear if the gene drives could spread to closely related species. Ecologist Allison Snow also doubts that weeds could be gene-drive engineered to eliminate herbicide resistance. “These early predictions are rosy,” she says. Other scientists claim it’s going to be many years before anything is released into the wild.

Recently, the European Union ruled that CRISPR plants are GMO’s and should be similarly strictly regulated:  https://www.technologyreview.com/the-download/611716/in-blow-to-new-tech-europe-court-decides-crispr-plants-are-gmos/

“It means for all the new inventions … you would need to go through the lengthy approval process of the European Union,” Kai Purnhagen, an expert at Wageningen University in the Netherlands, told Nature.

http://www.the-scientist.com/?articles.view/articleNo/41027/title/Opinion–On-the-Irreversibility-of-Gene-Drives/  Noam Prywes, PhD candidate in chemistry at Harvard, points out that scientists have addressed destructive invasive species before with bad results. He remembers the introduction of cane toads to take care of the gray-backed cane beetle, and that Australia still suffers – with these toads actually reducing native reptiles, while hardly putting a dent in the beetle population. He claims that CRISPR/Cas-9-based gene drives will “add a twist – introducing one gene drive after another to correct unforeseen consequences as they are discovered,” and that “decisions by researchers would become permanently written into the genomes of entire wild populations.” He also adds that there are alternative ways to wipe out local populations of mosquitoes carrying disease that are much safer.

In this same vein, David Burwitz of Tel Aviv University, feels that gene drive research should be classified to prevent weapon development, and he’s not alone.

http://nextstageprep.com/gene-drivesthis-next-weapon-mass-destruction/  In theory, a terrorist could create a handful of insects with a gene for making a toxin, and power it with a gene drive. Pretty soon, all of these insects would make the toxin, and every insect bite would be lethal.  However, according to Austin Burt, who proposed the theoretical method for making gene drives, the gene drives only work in sexually reproducing species, unlike the vast majority of genetically engineered microbes which produce asexually and they’ve only been shown to work for one generation – so far.

Eradicate Lyme Disease or decimate the ecosystem?  I’m chuckling because I know what most of you would say.