Trigeminal Neuralgia: A Scientist Cures Himself of Facial Pain

Trigeminal Neuralgia: A Scientist Cures Himself of Facial Pain 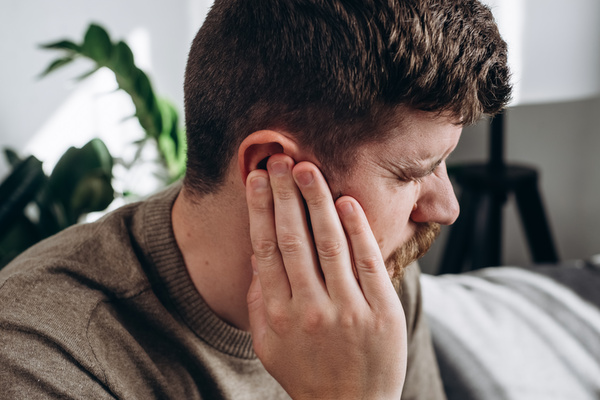 Tormented by severe facial pain, Hugh Spencer invented a nonsurgical way to relieve his trigeminal neuralgia. He found the remedy—capsaicin—inside a canister of pepper spray.

Nineteen years ago, in a distant corner of northeast Australia, a scientist named Hugh Spencer started suffering horrible attacks of pain on the left side of his head. It felt as if someone were striking him with an axe. A neurobiologist by training, Spencer—in his 50s at the time—feared that he was experiencing the first foreboding glimmers of an agonizing ailment called trigeminal neuralgia.

It’s a neurological disorder that happens when the trigeminal nerve—a major cranial nerve that affects facial sensations and chewing—goes haywire, often for unknown reasons. It then floods the spinal cord and brain with ferocious pain signals. Typically described as electrical or stabbing, the facial pain can be so unbearable that trigeminal neuralgia has been dubbed “the suicide disease.” And indeed, Spencer—unable to control his escalating pain with medications alone—eventually found himself nearly pushed to the brink.

If his medical ordeal weren’t challenging enough, he also had to deal with one other obstacle: geographic remoteness rivaling that of Gilligan’s Island. Spencer runs an environmental research station at Cape Tribulation. There, scientists from around the world study everything from flying foxes to invasive weed species. Located along a coastline teeming with crocodiles, pythons, and ostrichlike cassowaries, his research station is actually closer to Papua New Guinea than to any major city in Australia. In fact, his nearest neighbor is the oldest tropical rainforest on earth.

When you’re that far off the beaten track, you’re forced to be self-reliant. So Spencer got to work. And through some daunting experiments in which he cast himself in the role of guinea pig, he came up with his own treatment for trigeminal neuralgia that permanently eliminated his pain. What’s more, his treatment is low-tech. It’s low-cost. It’s do-it-yourself. And anatomically, it makes sense, though it hasn’t gone through clinical trials. Hundreds of people with trigeminal neuralgia have now tried his method, and for about half of them, says Spencer, it’s worked. And it involves no pharmaceuticals, no surgery, and—he insists—no long-term side effects.

Conventional treatments for trigeminal neuralgia can’t make that same claim. The problem with medications, aside from possible side effects, is that they may fail to prevent the pain from intensifying over time. And various surgical procedures don’t always work but can lead to scary complications. For example, microvascular decompression surgery (MVD)—a type of brain surgery—is designed to relieve the pain without harming the trigeminal nerve. But here’s the bad news: the procedure involves cutting open the skull and tinkering with what’s inside, which poses a risk of complications, including hearing loss, cerebrospinal-fluid leakage, stroke, and even death.

The problem is, the trigeminal nerve doesn’t just register pain. It also allows you to feel normal facial sensations—everything from the wind on your cheek to a kiss on the lips. So by messing with that nerve, these procedures can sometimes cause troubling facial numbness. What’s more, they aren’t always successful at stopping the pain or preventing it from coming back.

By contrast, Spencer argues that his approach poses no lasting complications. And it uses a chemical so ubiquitous that you probably ate it the last time you dined at a Mexican, Thai, or Indian restaurant. That chemical—called capsaicin—is what gives chili peppers their heat.

For years, a growing body of research has found that capsaicin—when applied topically—can ease certain types of pain, including difficult-to-treat neuropathic pain. But nobody’s used it in the daring way that Spencer advocates for treating trigeminal neuralgia. For starters, he didn’t put the capsaicin on his skin. He put it inside his mouth.

And Spencer didn’t get his first batch of capsaicin from a tangy little jalapeño pepper. He got it from an old canister of pepper spray, like the kind police officers use. Just imagine the burn you’d feel by holding a spoonful of Sriracha sauce in your mouth for 20 minutes. Now multiply that heat by a factor of 300, and you’ll have some inkling of what Spencer’s fiery treatment involves.

But what does superintense spiciness have to do with relieving nerve pain?

Listen to the full podcast interview HERE  in which Spencer talks about:

•  His desperate battle with trigeminal pain

•  Why he refused to consider surgery

•  His trial-and-error search for a noninvasive remedy

•  The unlikely technique that quickly vanquished his suffering

•  The reason capsaicin works for some patients but not others

•  Why he believes that his approach has important advantages as a first-line treatment over more invasive alternatives.

Hugh Spencer, Ph.D., is the co-founder and director of the Cape Tribulation Tropical Research Station, located in Queensland, Australia.

In this video, Hugh Spencer demonstrates how he used capsaicin to vanquish his trigeminal neuralgia and explains the science behind capsaicin’s ability to dial down the pain:

Straight from the Lab:

What’s the evidence for capsaicin’s ability to relieve trigeminal neuralgia and other types of neuropathic pain? And how effective are conventional treatments? Scientists have been asking those same questions. Explore this sampling of their research to date:

•  “Capsaicin: Current Understanding of Its Mechanisms and Therapy of Pain and Other Pre-Clinical and Clinical Uses,” Molecules, 2016.

•  “High-Dose Capsaicin for the Treatment of Neuropathic Pain: What We Know and What We Need to Know,” Pain and Therapy, 2014.

•  “Capsaicinoids in the Treatment of Neuropathic Pain: A Review,” Therapeutic Advances in Neurological Disorders, 2014.

•  “Natural History and Outcome of 200 Outpatients with Classical Trigeminal Neuralgia Treated with Carbamazepine or Oxcarbazepine in a Tertiary Centre for Neuropathic Pain,” The Journal of Headache and Pain, 2014.

“The Treatment of Periocular and Facial Pain with Topical Capsaicin,” Journal of Neuro-Opthalmology, 1998.

Can’t sleep because of chronic pain? (And wondering if weed might help?) Get David Sharp’s new book, Cannabis Lullaby: A Painsomniac’s Quest for a Good Night’s Sleep. Available in print, ebook, and audiobook, it’s brimming with real-world, evidence-based answers. The author is Painopolis co-host David Sharp, an award-winning health journalist who nipped his pain-fueled insomnia in the bud. Buy a copy today at: painopolis.com/cannabis-lullaby/

This article originally appeared on Painopolis.com and is being reprinted with the permission of its author.

ABOUT THE AUTHOR: David Sharp is an award-winning journalist,

author, and podcaster in Portland, Oregon. He’s a co-host and editor of Painopolis, a podcast for people with chronic pain. His career includes 10 years as a contributing editor at Health and Hippocrates magazines. He’s worked on the editorial staffs of Consumer Reports on Health and Health Digest. His articles have appeared in many national publications, including Sports Illustrated, Publishers Weekly, Redbook, Eating Well, Reader’s Digest, and USA Today. He coauthored an earlier book, Six Months Off: How to Plan, Negotiate, & Take the Break You Need Without Burning Bridges or Going Broke. Read more of his blogs at Painopolis.com

Comments Off on Trigeminal Neuralgia: A Scientist Cures Himself of Facial Pain