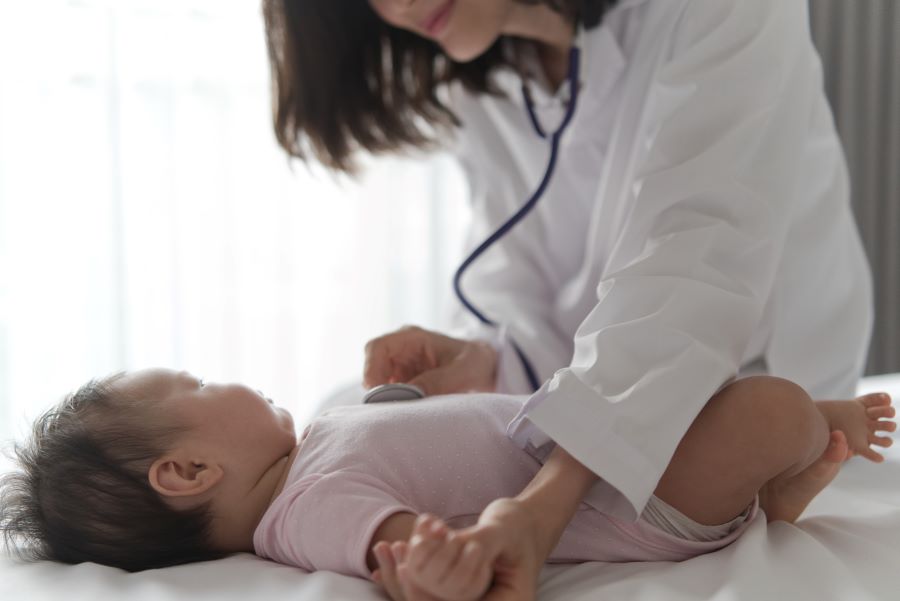 The Herxheimer reaction, also referred to as a Jarisch-Herxheimer reaction, is “a transient clinical phenomenon that occurs in patients infected by spirochetes who undergo antibiotic treatment.”¹ It was first described in patients with syphilis but has also been associated with other spirochetal infections including leptospirosis, Lyme disease, and relapsing fever. The reaction is associated with the onset of new symptoms or a worsening of existing symptoms in patients receiving antibiotic treatment.

In 2020, investigators published a case involving a 13-year-old boy with Lyme arthritis, a common manifestation of Lyme disease, who developed a Herxheimer reaction when treated with doxycycline. On the 7th day of treatment, the boy developed a low-grade fever and severe arthralgias with intense hip, ankle and cervical spine pain and myalgias.

In their article “Lyme disease in a neonate complicated by the Jarisch–Herxheimer reaction,” Prodanuk and colleagues² describe the case of a 21-day-old infant who was admitted to the hospital with decreased activity, poor feeding and abdominal distension.

The parents removed an engorged tick from the infant’s forearm 5 days earlier. An EM rash was present at the site of the tick bite.

“Given the erythema migrans lesion at the site from which the engorged tick was removed, we made a presumptive diagnosis of Lyme disease and administered IV ceftriaxone,” the authors write.

Two hours after treatment began, the infant developed a fever, tachycardia and other symptoms consistent with the Jarisch–Herxheimer reaction.

Testing for Lyme disease was negative.

Clinicians should also “be aware of the possibility of the Jarisch–Herxheimer reaction during the initial phase of treatment.”²

Several studies, they warn, indicate “newborns with findings consistent with early localized disease may also be at higher risk for disseminated disease.”

“Given the limited data for neonates and the possible predisposition of this population to disseminated Lyme disease, clinicians should strongly consider administering IV antibiotics to target Lyme disease,” the authors suggest.

The exact cause of Jarisch-Herxheimer reactions is still unknown. “At first, the role of an endotoxin in the development of JHR was suggested, but later experimental studies showed that spirochetes do not have biologically active endotoxins,” the authors explained.¹

What does a Lyme disease flare-up feel like?
Herxheimer reaction in a 13-year-old boy with Lyme disease
Lyme disease causes a mix of symptoms including autonomic dysfunction

This infant won the lotto by having astute parents, a noticable tick bite, and EM rash.  Many are not so fortunate to have these clear signs.  Many also test negative.  Without the signs and positive test, many are misdiagnosed and miss this opportunity for early treatment which is imperative.

Comments Off on Lyme Disease & Herxheimer Reaction in Newborn