The bacteria that causes Lyme in humans doesn’t hurt ticks. In fact, it might help them survive. 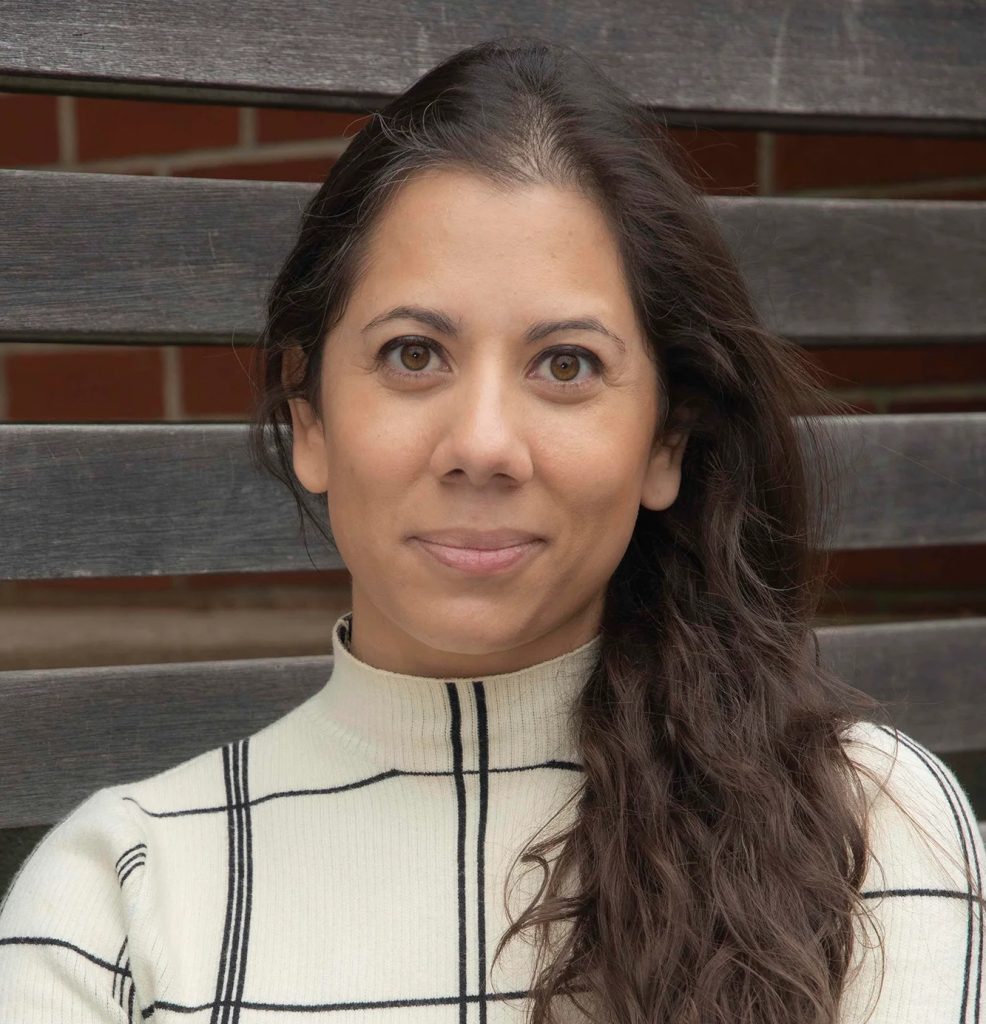 University of Rhode Island entomologist Jannelle Couret is tipping the way we understand the bacteria that causes Lyme disease.

Instead of looking at it from the human perspective, she and an interdisciplinary team of researchers are taking the view of the tick.

While the bacteria – Borrelia burgdorferi – is the pathogen that causes Lyme disease in humans, its presence is quite different in blacklegged ticks that pick up the bacteria from feeding on white-footed mice.

For the ticks, the bacteria doesn’t cause disease. It might even be beneficial.

For the next four years, Couret’s team will research the ecological factors driving the evolution of Borrelia burgdorferi in blacklegged ticks thanks to a $2.6 million grant from the National Institutes of Health.

The grant is part of the prestigious Ecology and Evolution of Infectious Disease (EEID) program, run by the NIH, National Science Foundation, and U.S. Department of Agriculture.

“I am really interested in the factors that are driving the tick populations,” said Couret, an assistant professor of biological studies and the principal investigator on the grant.

“Their populations vary year to year. Our preliminary data suggests that the survival of the ticks during some of their early life stages is improved based on whether they host these bacteria.”

“One of my favorite aspects of this work is the research team. We are all women and three of us are women of color,” said Couret, who is part Indigenous, Afro-Cuban, and American. “I think that is – unfortunately – somewhat rare in science.”

Blacklegged ticks, also called deer ticks, carry seven known pathogens and are responsible for about 95% of the tick-borne diseases in the U.S., including about 30,000 cases of Lyme disease reported each year.

Deer ticks can acquire the bacteria that causes Lyme disease during any of its life stages – larvae, nymph or adult – during a blood meal from white-footed mice, the primary carriers of the Lyme disease bacterium.

(While the abundance of deer ticks is casually associated with deer, these hosts do not transmit Borrelia burgdorferi to ticks, and deer are not considered an important host for the maintenance of the bacteria in wildlife populations.)

Do ticks benefit from carrying infections?

But the bacteria doesn’t lead to Lyme disease in either the mice or the ticks. In pilot studies, Couret has seen changes in the ticks that acquire the bacteria – including behavior, metabolism, respiration, and survival. So there appears to be an advantage for those ticks, she said.

“That’s a shift in mindset,” said Couret, who joined URI in 2015 after earning her Ph.D. in the ecology of infectious diseases at Emory University.

“We mainly think of Borrelia burgdorferi as a pathogen because it causes Lyme disease in humans. We are studying the transmission cycle of the bacteria in nature between ticks and white-footed mice. It’s possible that it’s not acting as a pathogen, but rather as a beneficial symbiont of the tick, a partner. The bigger picture question is, if we view Borrelia burgdorferi with this lens, can we better understand its transmission dynamics?”

In understanding the transmission cycle of Lyme disease, the researchers will explore the relationships of many influences on the bacteria in the tick, including environmental factors, such as temperature and humidity; ecological facets, such as the tick’s microbiome; and the bacteria’s interactions with other organisms in the tick.

“We’re studying the effects of the bacteria on ticks at different levels, from gene expression to behavior,’’ she said. “We’ll combine that information to look at the evolutionary fitness of ticks, and model the impacts of bacteria on annual tick populations. We also are considering the microbiome. We want a really comprehensive view of the ensemble of ecological interactions that influence ticks, Borrelia burgdorferi, and their partnership.”

Lord, a vector-borne disease modeler, will incorporate the experiment results in a model that can predict tick populations and rates of transmission of Borrelia burgdorferi.

Tsao, a tick ecologist, will study deer ticks in the Midwest, another hot spot of Lyme disease. Paralleling Couret’s work in Rhode Island, Tsao will study tick behavior and development in a semi-natural environment.

Tsao and Couret will also look at traits that may be affected by the presence of Borrelia burgdorferi, effects of environmental conditions, survival rates, and gene expression.

When it’s completed, the study will greatly expand our understanding of the factors driving the maintenance of Lyme disease in wildlife. Findings could eventually lead to ways to control the deer tick population or inform disease prevention measures, Couret said.

Also, by characterizing the role of the microbiome as it relates to tick-Borrelia interactions, the research could lead to novel methods of biological controls, such as finding competing bacteria within the tick that, when present, negatively impact Borrelia burgdorferi transmission.

A unique aspect of the grant is the heavy focus on providing comprehensive mentorship for trainees, centering the experiences of those who have been marginalized in science and supporting the team through professional development across all four institutions involved.

Called the Microbiome Integrated Tick Ecology Network – or MITEY Network, as in mites – the mentoring will send trainees to each partner university to sharpen science skills, promote sustainable and productive writing practices and science communication, support a growth mindset, and reduce imposter syndrome.

“We want to make sure it’s an inclusive research culture and environment for our trainees,” Couret said.

Unfortunately the wrong things are emphasized in this article.  I don’t give a jot what gender, color, or beliefs researchers have and nobody else should either.  What we desperately need are good, unbiased, well designed research studies that help patients by giving real answers to real problems.  And true to form, this study, once again, while lining the pockets of researchers, most probably won’t help patients.  I realize I’ve grown quite skeptical, but we need accurate tests, treatments, and transmission studies.  Period.

We need mainstream medicine and public health to accept the fact this is a relapsing illness that persists and sequesters inside the body.

Until these foundational, fundamental issues are addressed and resolved, everything else is moot.

For a deeper dive and excellent read into the topic of the interplay between Bb and ticks:  https://www.linkedin.com/pulse/lyme-disease-ticks-borrelia-co-conspirators-john-eoin-healy

Quite a bit of research has already been done on this subject with regard to Ixodes ricinus – the European vector of Lyme and a species that is very closely related to the east coast U.S. tick Ixodes scapularis – the black-legged tick.

Important excerpts, showing this is not a new idea:

Important excerpt showing that Bb also relies upon the tick for survival:

The spirochaete relies heavily on its arthropod host for basic metabolic functions and has developed complex interactions with ticks to successfully colonize, persist and, at the optimal time, exit the tick. For example, proteins shield spirochaetes from immune factors in the bloodmeal and facilitate the transition between vertebrate and arthropod environments.

So we already know that the relationship between ticks and pathogens is beneficially symbiotic.

For the love of God, can we please move on to accurate testing, effective treatments, and transmission studies?

Comments Off on Lyme May Help Ticks Survive

Alongshan Virus Found For the First Time in Swiss Ticks