Andrographis is a bitter-tasting herb renowned for its antimicrobial and immune-supportive effects. Native to India, it has long been used to support the immune system, digestion, and the liver. Modern research shows it can be helpful in fighting infections, as well as providing various other benefits.

Andrographis is a shrubby annual plant whose intensely bitter leaves have led to its moniker, “king of bitters.” Growing one to three feet in height, this herb prefers the shady, moist habitat of a forest or wetland but is also seen growing in plains, hillsides, and farms. In the fall, andrographis bears small white flowers with brown or purple spots. 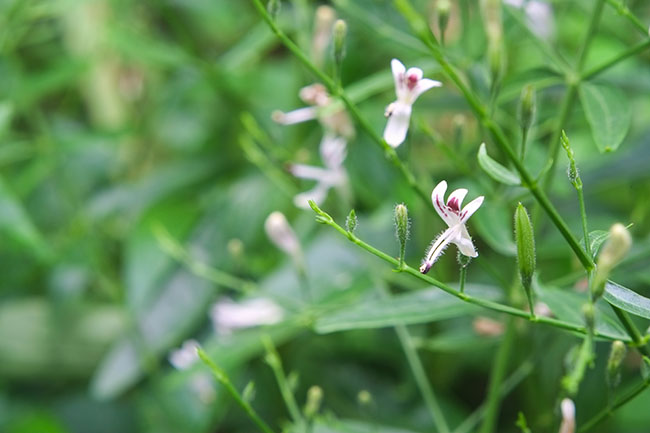 Although andrographis is native to India, it has been introduced to and can be found growing in China, Indonesia, Laos, Malaysia, Myanmar, Thailand, Vietnam, the islands of the Caribbean and West Indian Ocean, and parts of North America and Central America. In many areas, but especially in Asia, andrographis is prized as a traditional medicinal herb and often used for infections, fevers, and liver disorders.

In the last few decades, research on andrographis has increased, with in vitro (in a test tube or petri dish) and in vivo (in a living model) clinical studies confirming the traditional usages of the herb. Today, it is primarily used for its microbiome-balancing, immune-supportive, and liver-protective qualities, although it offers a variety of other health benefits.

Benefits of Andrographis and How It Works

For centuries, andrographis has been used to fight various kinds of infections, including those caused by bacteria, viruses, fungi, and parasites. In the last decade, scientific interest in andrographis has accelerated, with particular focus on its antimicrobial qualities.
Researchers have reported that andrographis extract possesses potent antibacterial activity against numerous kinds of bacteria.2

An in vitro study found andrographis to inhibit the growth of bacteria like Staphylococcus aureus, which can lead to antibiotic-resistant infections, Escherichia coli, which can cause digestive distress, Vibrio cholerae, which causes cholera, and Salmonella typhi, which causes typhoid fever.3

Andrographis can also be useful in helping to break down biofilms, which shield bacteria from the efforts of the immune system and antibiotics.4

Andrographolide is a biologically active compound in andrographis that is known for its broad-spectrum antiviral properties. It has been proposed that andrographolide intervenes in multiple steps of the viral life cycle, including viral entry, genetic material replication, and protein synthesis.5

Andrographolide has shown in vitro activity against viruses like herpes simplex 1, Epstein-Barr, and influenza A.6

More recently, in vitro studies have demonstrated the inhibitory effect of andrographolide against SARS-CoV-2, the causative agent of COVID-19.5

In folk medicine, andrographis has been used for fungal infections for centuries. Preliminary in vitro studies justify this use, especially in relation to fungal skin infections.2,7

Likewise, in vitro studies indicate andrographis can be of benefit when used against various parasites.4

Andrographis is well known for having an affinity for respiratory infections as well as being able to shorten the duration of an illness.6 Its antimicrobial qualities and its ability to modulate the immune system make this possible.

A systematic review of randomized controlled trials concluded that andrographis is beneficial in shortening the duration of and improving acute respiratory tract infection symptoms.9

Andrographis is widely used to protect the liver and support its function. Thanks to its bitter phytochemical compounds, andrographis can stimulate liver enzymes and promote healthy bile flow, which in turn, enhances digestion and detoxification.

Andrographis’s liver-protective qualities have been well documented in modern scientific research. A 2014 animal study showed andrographis extract exerts hepatoprotective effects in acute liver toxicity situation. It was proposed that this effect was due to the herb’s ability to fight free radicals, inhibit cellular proliferation, and induce a form of programmed cell death known as apoptosis.10 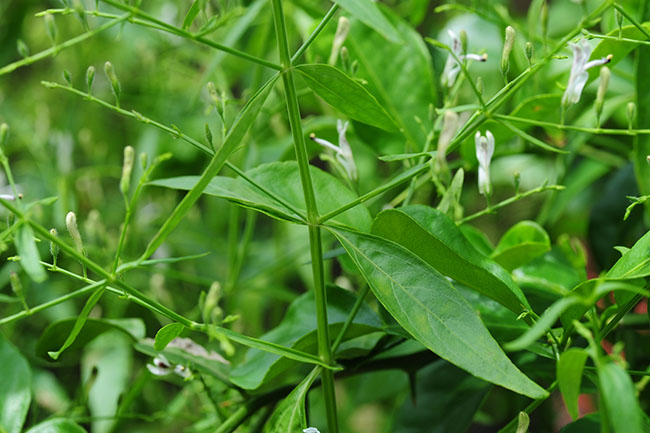 Andrographis may be better known for its antimicrobial and liver-protective properties, but it also has the impressive benefit of easing joint discomfort. Much of this ability is due to the way it can calm overactive immune and inflammatory responses. A double-blind, placebo-controlled human study administered andrographis extract to rheumatoid arthritis (RA) patients three times a day. After 14 weeks, RA patients experienced decreased joint pain.12

Animal studies show that andrographis has multiple anti-inflammatory actions that contribute to this effect. It reduces pro-inflammatory cytokines but can also encourage cell death of immune cells in joints that cause excess inflammation and tissue damage.13

In a 2016 double-blind, placebo-controlled human clinical trial, multiple sclerosis (MS) patients receiving interferon beta treatment were given 170 mg of andrographis extract or placebo two times daily over a period of 12 months. MS patients taking the andrographis extract had a significant reduction in fatigue compared to placebo.14 Although the exact mechanisms of action are unknown, the authors of the study suggest that the herb’s anti-inflammatory and neuroprotective effects may contribute to the reduction in fatigue.

Andrographis has a long history of use in traditional systems of medicine like Ayurveda, Unani, and traditional Chinese medicine (TCM). Across the board, andrographis has been relied on to enhance immune function, resist infections, support digestion, and protect the liver.

In Ayurveda, an ancient Indian medical system, andrographis is a common ingredient in herbal formulations used for liver conditions.15 It is also commonly used to increase appetite and strengthen digestion. The leaf juice is a traditional household remedy for stomach distress, but it is also used to remove parasites, promote bile flow, and reduce fever. Just after the Spanish flu of 1918, the Indian flu hit in 1919, and andrographis was used widely and largely credited with helping halt the spread of the epidemic.

From a TCM perspective, the bitter qualities of andrographis, or chuan xin lian, are believed to clear heat from the blood, which can look like infections or toxins. It is specifically used in cases of colds, flu, fever, cough, skin conditions, bronchitis, tonsillitis, and many more conditions.6

In Malaysia, a decoction of the aerial parts is used for the common cold, hypertension, diabetes, cancer, malaria, and snakebites.16

How to Use and Dosing 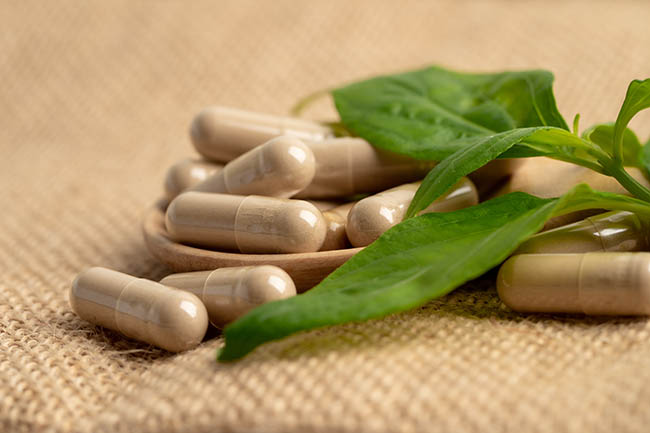 The Ayurvedic name for andrographis translates to “king of bitters,” so it is often preferred and best taken in capsule form to avoid its bitter taste.

There are no known significant interactions, however, animal studies suggest andrographis may modify glucose regulation, so be aware if using hypoglycemic drugs.

Always check with your health care practitioner before use if you are taking medications. For more general education on potential interactions between herbs and medications, check out Dr. Bill Rawls’ article: Is it Safe to Take Herbs with My Medications?

About 1% of people who take andrographis develop an allergic reaction with whole-body hives and itching skin. The reaction will resolve gradually over several weeks after stopping the use of the herb.

Avoid the use of this herb during pregnancy.

Disclaimer: This information is intended only as general education and should not be substituted for professional medical advice. Any mentioned general dosage options, safety notices, or possible interactions with prescription drugs are for educational purposes only and must be considered in the context of each individual’s health situation and the quality and potency of the product being used. Use this information only as a reference in conjunction with the guidance of a qualified healthcare practitioner.

Comments Off on Andrographis

A Deer, A Cow, And Learning to Heal From Lyme Disease

Hospital With Patient Options Enters 9th Month Without Federal Reimbursement. Despite “Vaccine” Mandates Being Dropped, Wisconsin Healthcare Workers Who Had Exemptions Must Get Novavax Shot Or Lose Job