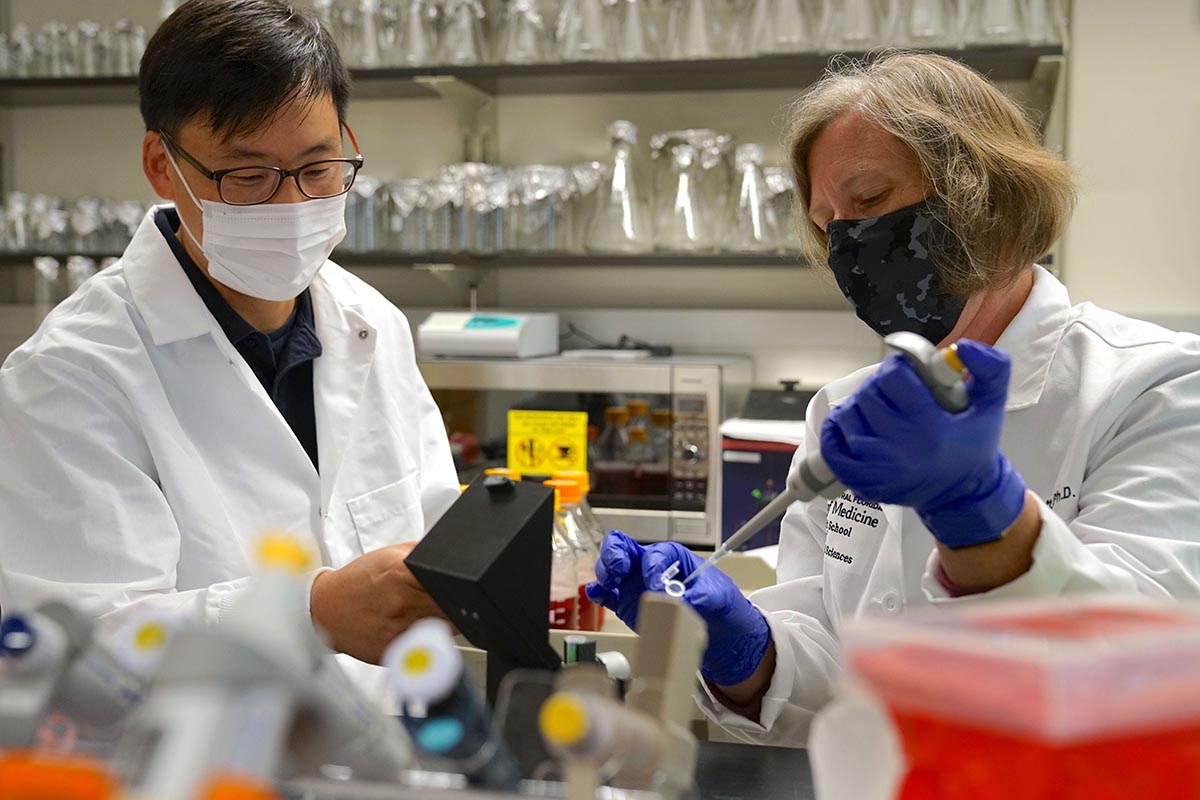 Global Lyme Alliance is funding researchers at The University of Central Florida to create a Lyme disease rapid test.

Mollie Jewett, associate professor and head of the Immunity and Pathogenesis Division at the College of Medicine, and Brian Kim, associate professor in the College of Engineering and Computer Science, will split a $325,000 grant over two years from the Global Lyme Alliance to create a rapid test that can detect the disease weeks earlier than current tests allow. The new test would eliminate the need to visit diagnostic labs and wait for the results.

Lyme disease is carried by deer ticks and infects people when they are bitten by ticks carrying the bacteria borrelia burgdorferi.  Deer ticks are especially common in the northeastern United States and people are exposed to the ticks usually during outdoor activities. Warming temperatures have helped tick populations explode and infiltrate more areas of the country increasing the chance of getting the disease.

The Centers for Disease Control and Prevention estimate that 476,000 people are infected with Lyme disease every year.

Early symptoms of Lyme disease are fever, headache, fatigue and the possibility of a telltale bullseye rash at the site of the bite. If left untreated, the infection can spread to the joints, heart, and nervous system and cause debilitating long-term conditions.

“Testing is a real obstacle for patients, the longer the patient goes without treatment the higher the potential for significant persistent symptoms,” says Jewett.  “Lyme disease antibodies takes up to 14 days to become detectable. By directly detecting the bacteria that causes Lyme disease, the test will fill the current blind spot in the time from infection to diagnosis.”

When the infection is caught early and treated with antibiotics in the preliminary stages, patients can recover quickly without long-term effects. Patients who are treated in later stages of the disease tend to respond well to antibiotics, however, some continue to suffer from ongoing symptoms, termed Post-treatment Lyme disease Syndrome.

Jewett is creating a molecular test that can not only test for antibodies in the blood specific for the infection, but also directly detect the bacteria that causes Lyme disease. The hand-held diagnostic device which the researchers call the Lyme iDS, combines Jewett’s molecular test with Kim’s detection device.

Click here to read the rest of the article.

One of the hardest things to accept is that testing for Lyme/MSIDS is imperfect at best and abysmal at worst.  The pathogens depress the immune system and some of the sickest NEVER test positive.  It doesn’t help that testing has been rigged for vaccine development but there are so many issues with testing it’s really a bust.  For far too long patients have had a literal laundry list of severe symptoms but are told they don’t have Lyme/MSIDS because they test negative.

Lyme literate doctors understand this and embrace clinical diagnosis based upon symptoms and exposure.  Mainstream medicine, on the other hand, misdiagnoses patients every single day of the year.  Patients have endured decades of abuse and gas-lighting.