COVID THEATER: Turns out Biden’s vaccine mandate for employers was a bluff; no idea when or if OSHA will ever issue rule 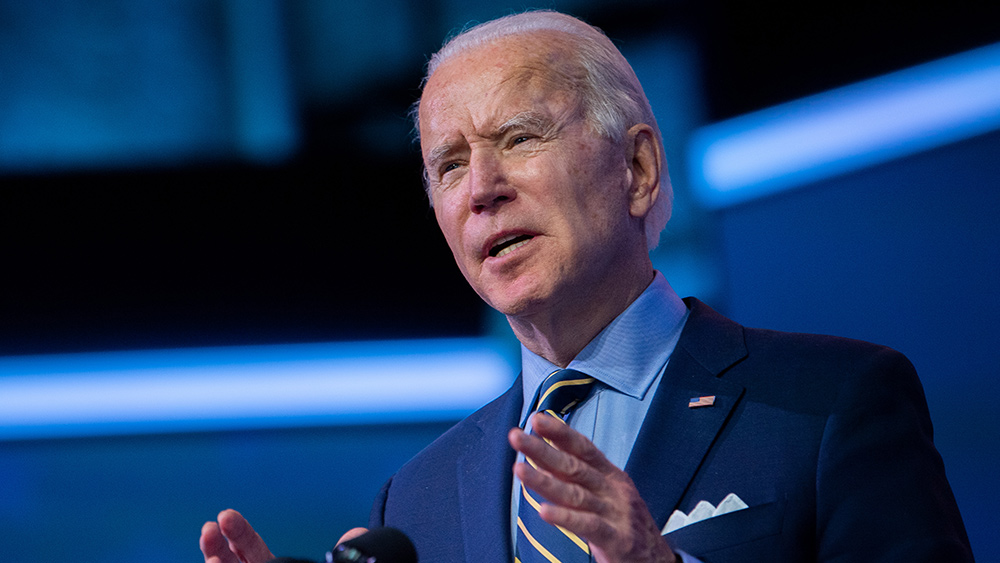 Earlier in September, Joe Biden took to national television to rail at unvaccinated Americans and blame them for the lingering COVID-19 pandemic.

Biden then went on to drop a bomb: He said his government would mandate that employers with more than 100 on staff would be required to force them to get the jab or else face a massive fine.

Watch Sharyl Attkison on Full Measure for a 9 minute report on the “vaccine” mandate.

Biden stated that the “vaccinated” workers need to be protected from unvaccinated co-workers – a complete myth as the jabs don’t protect you at all and in fact set you up for more severe illness with other mutations.

OSHA, is responsible for issuing the rule, but a new report suggests that rule is not forthcoming and may never be issued at all.  It was all a big, fat bluff, to get more people jabbed, and many spineless corporations have already rolled over all on their own.

The Dept. of Labor website and the OSHA information portal has no mention of the mandate at all.  (See link for article)

I’m talking about the Executive Order (EO) commanding all US companies with more than 100 employees to mandate the COVID vaccine for those employees.

I can’t find the EO. I don’t see it in the Federal Register, where it’s supposed to be published. (Note: the following two Biden EOs only cover Federal employees and Federal contractors.)

If it hasn’t been published, then there is no mandate.

If there is no mandate yet, then obviously, none of the companies are under any obligation to enforce it.

OSHA is apparently the federal agency responsible for framing a set of regulations for the mandate, including fines. But federal agencies only construct regulations after a law has been passed or an EO is issued.

If I’m correct, and no EO has been published, we have an odd situation, to say the least.

Governors and lawyers have been threatening to sue, because the EO is unconstitutional and overrides state powers. But if there is no Presidential EO, then all these legal cases would be meaningless, because, again, there is no official mandate.

Is the White House stalling? Do they realize the EO and the mandate will be overturned in court? Are they hoping to achieve corporate compliance without an official mandate?

I’ve queried several lawyers. One suggested that so far, in this situation, the feds are mandating by bluffing.

That indeed would be extraordinary.

Maybe the EO is forthcoming as we speak. Possibly (though I can’t imagine it), it’s been published somewhere other than the Federal Register. But until it’s visible and official, there is no private-sector mandate.

Unless speeches and press releases and media coverage suddenly, all by themselves, have the force of law.

Recently the FDA supposedly “approved” the COVID jab, yet it didn’t, not really.  It approved something that isn’t obtainable in the U.S.

The FDA appears to be purposefully tricking American citizens into giving up their right to refuse an experimental product, and now it appears they are bluffing to boot.

Yesterday, I wrote that there is no Biden Executive Order mandating the vaccine for all companies with more than 100 employees.

Several readers have mistakenly pointed to the EO that mandates the COVID vaccine for federal employees, federal contractors, and (now) sub-contractors. That’s NOT the EO I’m talking about.

Now I’ve learned that, apparently, Biden (his handlers) are pursuing a different strategy to mandate the vaccine for all employees of companies whose work force is more than 100.

Biden has issued a directive to the federal agency, OSHA, ordering it to frame a set of regulations that would, indeed, compel private sector companies with more than 100 employees to mandate the vaccine to those employees.

This Biden directive is operating under what’s called an ETS—Emergency Temporary Standard.

Three things to understand here, in my opinion.

ONE: Since OSHA has not yet issued any regulations, there is no binding legal reason, at the moment, for private-sector employers with more than 100 employees to mandate the vaccine to those employees. Unless those employers are federal contractors.

TWO: As I suggested yesterday, this whole operation smells like a stall on the part of the feds. The stall is already occurring, since OSHA hasn’t issued any regulations, and it will continue after OSHA acts, as various state governments and other parties file legal actions against the government.

Meanwhile, on the ground, companies are folding up and following Biden’s “decree.” They’re falling in line. This fait accompli is exactly what the White House wants.

Legal challenges to the OSHA ETS could take months, even years. If enough companies voluntarily go along with the decree, the feds will win.

THREE: It seems to me that not issuing an EO, and instead going the OSHA ETS route, is less direct, more muddy, and easier to wrangle about in court for a longer period of time. Which is what the feds want.

Meanwhile, back in the every-day world…back under the rule of the medical cartel…the beat goes on. And what is that beat?

The overall result of this program is the massive debilitation of the population.

In other words, the gross weakening of health and vitality, which translates into the lowered ability to resist the power of the State.

This is fact. This is outcome. This is what, under the surface of society, has been happening for decades and decades.

And now, in the US alone, reported COVID vaccine injuries have surpassed 700,000. This figure is patently false, meaning it represents underreporting. For example, the well-known Harvard Pilgrim Healthcare study concluded that reported vaccine injuries should be multiplied by 100 to arrive at a true number.

It’s long past the time when any doctor, nurse, or public health official can claim they’re unaware of the destruction pharmaceutical medicine is causing. They WANT TO be “unaware.” They WANT TO turn a blind eye. They WANT TO keep their jobs, paychecks, reputations, and status.

So, with that, I’ve republished my piece citing mainstream revelations that detail the amount of human devastation the medical cartel has been creating, for a long time. Consider the possibility that, for the moment, I’m the New York Times which has inexplicably received a heavy shot of Truth Serum.

Drug Treatment for Lyme Disease Could Lead to its Eradication