The evidence for persistent Lyme and promising new treatments 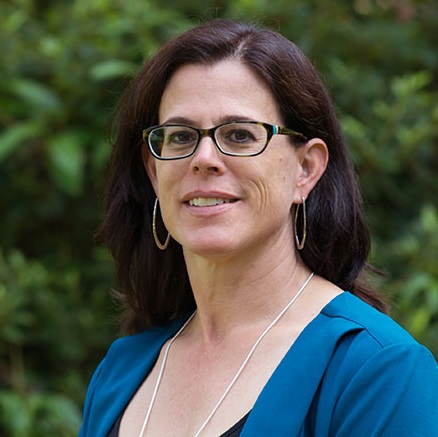 Emerging evidence from animal studies suggest that the Lyme disease bacterium, Borrelia burgdorferi, is a clever trickster that uses multiple strategies to evade the immune system and survive long after an onslaught of the recommended course of antibiotics. This begs the question—Are our current Lyme treatment protocols all wrong?

“It’s clear from the cumulative evidence that persistent Lyme disease is a common occurrence and that we urgently need to explore more effective treatment strategies,” said Embers.

This new 32-minute course, part of Invisible International’s Montecalvo Platform for Tick-Borne Illness Education, has been approved for 0.5 CME credit by the American Academy of Family Physicians. Each CME course includes a list of studies cited in the lecture.

One of the more surprising revelations in the lecture is that doxycycline, the drug of choice for treating adults with Lyme disease, doesn’t clear all of the causative bacteria. It only slows their proliferation, disrupting cell-wall creation as each forms a copy of itself by splitting into two. When the Lyme bacteria sense doxycycline, they shapeshift into spherical, dormant forms called persister cells, so they can wait out the chemical storm.

Dr. Embers backs up these claims with a series of thoughtfully designed experiments on nonhuman primates, our closest mammalian relatives. In one study, she treated five rhesus macaques with a 28-day course of doxycycline and five without. A year after the trial began, nine out of the 10 macaques, both treated and untreated, showed signs of ongoing illness and live Lyme spirochetes were isolated. In addition, those that received doxycycline had more bacteria in the brain.

“We observed evidence of persistent, intact, metabolically-active B. burgdorferi after antibiotic treatment of disseminated infection and showed that persistence may not be reflected by maintenance of specific antibody production by the host.”

Simply put, treating with doxycycline didn’t seem to be a cure, and the Lyme bacteria appear to have ways of suppressing antibody production so that it can fly under the radar of the immune system.

Given this evidence, why does the medical establishment still recommend doxycycline as a front-line Lyme treatment? One reason is that doxycycline appears to be effective at most early infections, along with Rocky Mountain Spotted Fever and anaplasmosis, other serious tick-borne diseases that are often mistaken for Lyme disease in the early stages.

Overuse of mice as test subjects?

Embers also says that treatment study results may be skewed by the overuse of mice as test subjects. Mice are cheap, but they’re lousy stand-ins for humans. They’ve evolved alongside ticks to serve as a living holding tanks for the Lyme bacteria, so they don’t get as sick as humans when infected.

Lyme disease is the fastest vector-borne illness in the United States, with an estimated 476,000 new cases a year, according to the Centers for Disease Control. Approximately 10 to 20% of those treated with antibiotics go on to experience disabling long-haul symptoms, such as severe fatigue, joint/muscle pain, brain fog, and neurologic symptoms.

At the end of lecture, Dr. Embers cited several lab studies (bacteria-in-a-dish) and animal studies showing that a cocktail of three antibiotics are highly effective in eradicating the Lyme bacteria. (This study from Johns Hopkins found that a combination of daptomycin, cefoperazone and doxycycline was effective in eradicating persister cells.) But of course, clinical trials are needed to validate these findings.

One of the ways Invisible International is working to accelerate the movement of treatment evidence to patient care is by launching Tick Bytes, a centralized clinical data repository that provides quality de-identified tick-borne illness patient data to researchers nationwide.

Researchers can mine this data using advanced biostatistical methods to discover symptom profiles for mixed infections and treatment regimens that work. With this precision medicine approach, more quality evidence will reach physicians, insurers, and the government. This in turn will improve diagnostics and treatment options, leading to better outcomes, insurance coverage, and more sophisticated understanding of tick-borne diseases. Invisible is currently looking for funding for 10 data collection sites.

Dr. Embers’ CME course was funded by the Montecalvo Platform for Tick-Borne Illness Education, through Invisible International, a 501(c)(3) nonprofit foundation dedicated to reducing the suffering associated with invisible illnesses and social marginalization through innovation, education, and data-driven change projects. You can sign up to receive news and updates on our website.

Comments Off on The Evidence for Persistent Lyme & Promising New Treatments

These Five Substances Protect Your Liver