“TrustWHO,” a documentary film produced by Lilian Franck, reveals the clandestine influences — including Bill Gates’s role as No. 1 funder — controlling the World Health Organization, to the peril of public health. 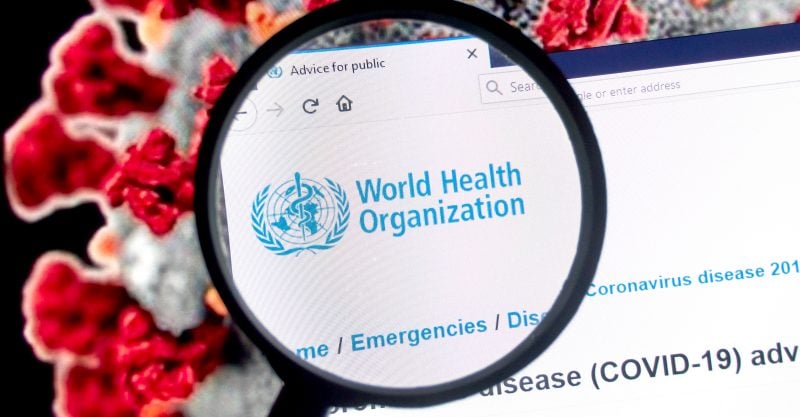 “TrustWHO,” a documentary film produced by Lilian Franck, reveals the clandestine influences that are controlling the World Health Organization (WHO) — and that have been since the very beginning. Founded in 1948 by 61 member states whose contributions initially financed the organization, WHO was quickly infiltrated by industry.

From Big Tobacco to the nuclear industry and pharmaceuticals, industry has historically dictated WHO’s global agenda and continues to do so in the present day, putting profits and power ahead of public health.

Bill Gates is WHO’s No. 1 funder

In April 2020, Donald Trump suspended U.S. funding to WHO while the administration conducted a review into its “role in severely mismanaging and covering up the spread of the coronavirus.” This clearly propelled the Bill & Melinda Gates Foundation into the WHO’s No.1 funder slot. Upon election, President Joe Biden reversed the Trump administration decision, restoring U.S. funding to WHO.

However, Bill Gates is still the No. 1 funder, contributing more to WHO’s $4.84 billion biennial budget than any member-state government. As revealed in a preview copy I received of “Vax-Unvax,” Robert F. Kennedy Jr.’s new book, which will be released in November 2021, “Gates has used his money strategically to infect the international aid agencies with his distorted self-serving priorities. The U.S. historically has been the largest direct donor to WHO.”

However, Bill Gates contributes to WHO via multiple avenues, including the Bill & Melinda Gates Foundation as well as GAVI, which was founded by the Gates Foundation in partnership with WHO, the World Bank and various vaccine manufacturers.

As of 2018, the cumulative contributions from the Gates Foundation and GAVI made Gates the unofficial top sponsor of the WHO, even before the Trump administration’s 2020 move to cut all his support to the organization. And in fact, Gates gives so much that Politico wrote a highly-critical article about his undue financial influence over the WHO’s operations in 2017, which Politico said was causing the agency to spend:

“… a disproportionate amount of its resources on projects with the measurable outcomes Gates prefers … His sway has NGOs and academics worried. Some health advocates fear that because the Gates Foundation’s money comes from investments in big business, it could serve as a Trojan horse for corporate interests to undermine WHO’s role in setting standards and shaping health policies.”

Plus, Gates “also routes funding to WHO through SAGE [Strategic Advisory Group of Experts] and UNICEF and Rotary International bringing his total contributions to over $1 billion,” Kennedy explains in the book, adding that these tax-deductible donations give Gates both leverage and control over international health policy, “which he largely directs to serve the profit interest of his pharma partners.”

As noted in the featured film, when it was founded, WHO could decide how to distribute its contributions. Now, 70% of its budget is tied to specific projects, countries or regions, which are dictated by the funders. As such, Gates’ priorities are the backbone of WHO, and it wasn’t a coincidence when he said of WHO, “Our priorities are your priorities.”

“Gates’ vaccine obsession has diverted WHO’s giving from poverty alleviation, nutrition, and clean water to make vaccine uptake its preeminent public health metric. And Gates is not afraid to throw his weight around,” according to Kennedy’s book. “… The sheer magnitude of his foundation’s financial contributions has made Bill Gates an unofficial — albeit unelected — leader of the WHO.”

During the 2009 H1N1 (swine flu) pandemic, secret agreements were made between Germany, Great Britain, Italy and France with the pharmaceutical industry before the H1N1 pandemic began, which stated that they would purchase H1N1 flu vaccinations — but only if a pandemic level 6 was declared by WHO.

The “TrustWHO” documentary shows how, six weeks before the pandemic was declared, no one at WHO was worried about the virus, but the media was nonetheless exaggerating the dangers. Then, in the month leading up to the 2009 H1N1 pandemic, WHO changed the official definition of pandemic, removing the severity and high mortality criteria and leaving the definition of a pandemic as “a worldwide epidemic of a disease.”

This switch in definition allowed WHO to declare swine flu a pandemic after only 144 people had died from the infection worldwide. In 2010, Dr. Wolfgang Wodarg, then head of health at the Council of Europe, accused pharmaceutical companies of influencing WHO’s pandemic declaration, calling swine flu a “false pandemic” that was driven by Big Pharma, which cashed in on the health scare.

According to Wodarg, the swine flu pandemic was “one of the greatest medicine scandals of the century.” In the investigation into WHO and Big Pharma’s falsification of a pandemic, an inquiry stated:

“… in order to promote their patented drugs and vaccines against flu, pharmaceutical companies influenced scientists and official agencies responsible for public health standards to alarm governments worldwide and make them squander tight health resources for inefficient vaccines strategies, and needlessly expose millions of healthy people to the risk of an unknown amount of side effects of insufficiently tested vaccines.”

While governments ended up with stockpiles of vaccines they would never use, many of those who received the H1N1 swine flu vaccine suffered from adverse effects including Guillain-Barre syndrome, narcolepsy, cataplexy and other forms of brain damage.

WHO’s investigation into COVID-19’s origin was also a “fake” investigation from the start. China was allowed to hand pick the members of the WHO’s investigative team, which included Peter Daszak, Ph.D., who has close professional ties to the Wuhan Institute of Virology.

The inclusion of Dazsak on this team virtually guaranteed the dismissal of the lab-origin theory, and in February 2021, WHO cleared the institte and two other biosafety level 4 laboratories in Wuhan, China, of wrongdoing, saying these labs had nothing to do with the COVID-19 outbreak.

Only after backlash, including an open letter signed by 26 scientists demanding a full and unrestricted forensic investigation into the pandemic’s origins, did WHO enter damage control mode, with Director General Tedros Adhanom Ghebreyesus and 13 other world leaders joining the U.S. government in expressing “frustration with the level of access China granted an international mission to Wuhan.”

A couple of noteworthy points — Gates handpicked Ghebreyesus as WHO’s director general, not because of his qualifications — Tedros has no medical degree and a background that includes accusations of human rights violations — but due to his loyalty to Gates, again according to Kennedy’s book.

Further, WHO’s allegiance to China was secured years earlier, when China secured WHO votes to ensure its candidates would become director-general. A Sunday Times investigation also revealed that WHO’s independence was severely compromised and its close ties to China allowed COVID-19 to spread in the early days of the pandemic while obfuscating the investigation into its origins. According to the Sunday Times:

“The WHO leadership prioritized China’s economic interests over halting the spread of the virus when Covid-19 first emerged. China exerted ultimate control over the WHO investigation into the origins of Covid-19, appointing its chosen experts and negotiating a backroom deal to water down the mandate.”

On Jan. 28, 2020, four weeks after Taiwan had alerted WHO that a mysterious respiratory illness was spreading in China, WHO had not yet taken action and continued to praise China.

Tedros even praised China for their transparency and said the Chinese president had “shown ‘rare leadership’ and deserved ‘gratitude and respect’ for acting to contain the outbreak at the epicenter,” the Sunday Times reported. “These ‘extraordinary steps’ had prevented further spread of the virus, and this was why, he said, there were only ‘a few cases of human-to-human transmission outside China, which we are monitoring very closely.’”

Speaking with the Sunday Times, professor Richard Ebright of Rutgers University’s Waksman Institute of Microbiology in New Jersey, said it was this close connection that ultimately steered the course of the pandemic:

“Not only did it have a role; it has had a decisive role. It was the only motivation. There was no scientific or medical or policy justification for the stance that the WHO took in January and February 2020. That was entirely premised on maintaining satisfactory ties to the Chinese government.

“So at every step of the way, the WHO promoted the position that was sought by the Chinese government … the WHO actively resisted and obstructed efforts by other nations to implement effective border controls that could have limited the spread or even contained the spread of the outbreak.

“It is impossible for me to believe that the officials in Geneva, who were making those statements, believed those statements accorded with the facts that were available to them at the time the statements were made. It’s hard not to see that the direct origin of that is the support of the Chinese government for Tedros’s election as director-general …

“This was a remarkably high return on [China’s] investment with the relatively small sums that were invested in supporting his election. It paid off on a grand scale for the Chinese government.”

Even prior to the pandemic, WHO had released a statement that it had been in discussions with Facebook to “ensure people can access authoritative information on vaccines and reduce the spread of inaccuracies.” At WHO’s first Global Vaccination Summit, held in Brussels in September 2019, Jason Hirsch, Facebook’s public policy manager, alluded to the censorship and media manipulation that was to come:

Rather than putting public health first, such as pushing for safety studies into vaccination, WHO’s history clearly illustrates its allegiance to Big Pharma and other industries. WHO, for instance, has downplayed the health effects caused by the 1986 Chernobyl nuclear disaster, stating that only 50 deaths were directly caused by the incident and “a total of up to 4,000 people could eventually die of radiation exposure” from the disaster.

WHO signed an agreement with the International Atomic Energy Agency, which is “promoting peaceful use of atomic energy,” in 1959, making it subordinate to the agency in relation to ionizing radiation.

WHO’s response to the Fukushima radiation disaster in 2011 was also criticized, with evidence of a high-level coverup. WHO once again downplayed the risks, stating “the predicted risks are low and no observable increases in cancer rates above baseline rates are anticipated.”

WHO also received more than $1.6 million from opioid giant Purdue from 1999 to 2010 and used industry-supported opioid data to incorporate into its official pro-opioid guidelines. According to the Alliance of Human Research Protection, WHO’s collaboration with Purdue led to expanded opioid use and global addiction.

Due to its acceptance of private money, a review in the Journal of Integrative Medicine & Therapy went so far as to say the corruption of WHO is the “biggest threat to the world’s public health of our time,” particularly as it relates to WHO’s drug recommendations — including its “list of essential medicines” — which it believes is biased and not reliable.

Given the strong and ongoing evidence that WHO is heavily conflicted and controlled by industry, its usefulness as a guardian of public health needs to be seriously reevaluated.

Comments Off on New Documentary on WHO Exposes Widespread Corruption, Massive Funding by Bill Gates