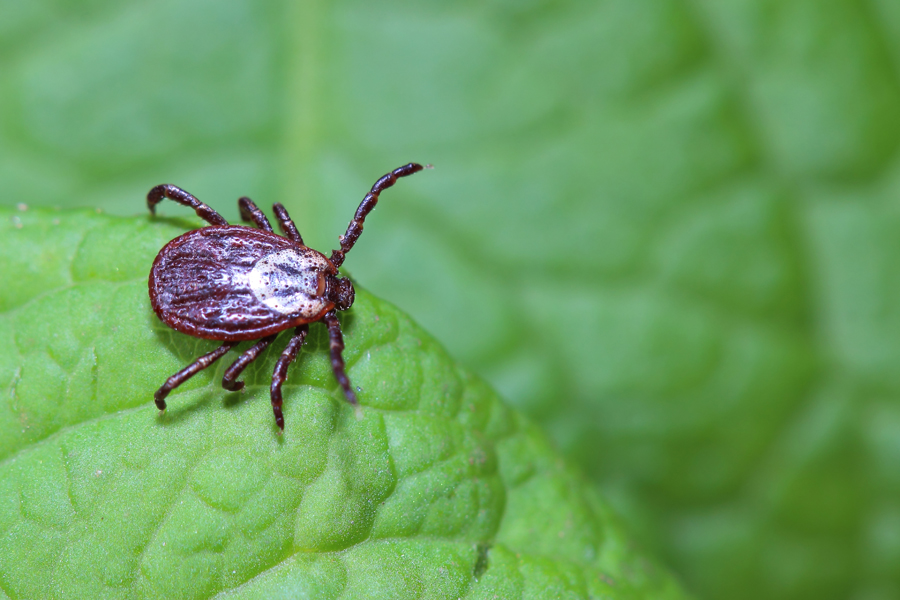 Ticks patiently hold on to blades of grass and shrubs in a position known as “questing” as they await their next meal or host. “Almost blind, ticks rely on chemosensation to identify and locate hosts for a successful blood meal,” write the authors of “Behavioral responses of Ixodes scapularis tick to natural products: development of novel repellents.”¹

As the number of tick-borne diseases grows and the geographical spread of ticks continues, there is increasing interest in what repellents are effective, safe and environmentally friendly. But little is known about how exactly ticks detect odors and what smells repel them.

Given the health concerns over DEET, researchers are turning their attention to plant-based repellents. “Plant-derived essential oils are natural products that exhibit insecticidal and repellent activities and represent a promising alternative to synthetic repellants,” Faraone writes.

“In behavioral bioassays we reported that lemongrass essential oil and its main chemical constituents (such as geraniol, β-citronellol and citral), as well as PEA [phenethyl alcohol], were significantly repellent to I. scapularis nymphs,” writes Faraone.

However, “the efficacy of lemongrass essential oil was dose-related, and was effective in repelling up to 76% of I.scapularis nymphs after 10 minutes when applied at the highest tested concentration.”

The substance was more effective at higher concentrations in repelling ticks. But, the effect declined after 2 hours from the first application to 62.5% compared to a DEET-based product of 87.7%.

The authors did not report on the repellent effects outside the lab. And given that the formulation was proprietary, its ingredients were not disclosed.

However, they found that “PEA- and geraniol-based formulas exerted an effective repellent action representing a valid natural alternative to synthetic repellents already available on the market.”

DEET (diethyltoluamide) repels ticks but its use raises environmental and health concerns. The concentration of DEET also affects its ability to repel ticks, as shown below:

Interestingly, 0% DEET repelled 8.5% of ticks at 10 minutes. This is similar to the placebo effect.

Most importantly, the study was completed on a paper filter. It remains to be seen how DEET or the natural-based products will work on people.

When do ticks quest, waiting for the next meal?

Dr. Cameron’s astute comments point out the limitations of this study and we must continue to be careful in our zeal to get answers. Studies have been done on natural products such as stevia and essential oils; however, they are done within a lab with set parameters which may not equate out in the human body and in reality.  Lemon EO oil is in the same camp and caution must be used.

A great point is that most people spend more than 10 minutes outside and we aren’t told what the exact dose is.  How lemongrass EO works after that point isn’t known but we are told effectiveness diminishes.

Most research such as this remains much of a mystery as the authors are hoping for a proprietary formula they can market. All efforts are for that specific outcome.

Comments Off on Study Looks At Deet & Natural Tick Repellents

Is the Mediterranean Diet the Best Diet on the Planet?