There are two petitions on this: 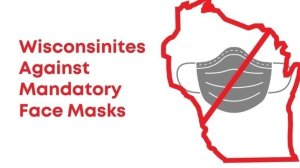 The mandatory mask wearing orders put out by the states governors, are NOT backed by any legitimate law and are unconstitutional. The studies on mask use are questionable at best and is being used as a social control apparatus. Dr. Fauci said that the mask is ineffective to combat this virus, and the CDC has put out a memo stating the same. The WHO has had the most recently study and they were forced to back track by the powers that be for no other reason but to keep us under control. NO ONE should be MADE to wear a mask, it is a SUGGESTION ONLY. This is getting WAY out of hand, and causing a lot more harm than good. Something must be done!

We the American people are tired of well respected doctors being censored by Big Tech social media platforms who give important information about Covid-19 therapeutics that could save the American people’s lives. We the people want to choose for ourselves with our doctors what is best for us and our families without political restriction and to allow all doctors to prescribe COVID -19 therapies as needed. The American people should not be restricted in any way to be allowed access to these safe therapies, especially Hydroxychloroquine and a new policy or an Executive Order should override all state and local orders to block it. We the American people want our freedom back to chose what is best for us and our families. Thank you!

As we look at events surrounding the “COVID-19 pandemic,” various questions remain unanswered. On Oct. 18th of 2019, only weeks prior to ground zero being declared in Wuhan, China, two major events took place. One is “Event 201,” the other is the “Military World Games,” held in none other than Wuhan. Since then a worldwide push for vaccines & biometric tracking has been initiated.

At the forefront of this is Bill Gates, who has publicly stated his interest in “reducing population growth” by 10-15%, by means of vaccination. Gates, UNICEF & WHO have already been credibly accused of intentionally sterilizing Kenyan children through the use of a hidden HCG antigen in tetanus vaccines.

Congress & all other governing bodies are derelict in duty until a thorough and public inquiry is complete.

You should receive an email confirmation once you’ve signed the whitehouse.gov petitions.  If you don’t, your signature didn’t go through.  You need to try again.

Calling for a Congressional investigation of the CDC, IDSA and ALDF For Their Disinformation Campaign Against Lyme Disease

There has been a combined effort on the part of the CDC, IDSA and ALDF to use the media for propagating the Lyme disease disinformation campaign following Chomsky’s propaganda model. They have used Medscape, Family Practice News, The New England Journal of Medicine, The Lancet Infectious Diseases and now The American Heart Association to spread the disinformation. This deliberate campaign is aimed at purposely confusing our medical community to keep case numbers artificially low by omitting the late stage of the disease entirely as there is absolutely no medical training whatsoever for the later stages of this disease (Willful Ignorance) so patients are often ping ponged though the medical community for years or decades before obtaining a late stage Lyme diagnosis. Nine Steps to Deny an Epidemic on a National Level 101

It has become blatantly obvious that the CDC will go to great lengths to insure that Lyme disease remains within its narrow definition in order to fit the vaccine model. Chronic Lyme does not fit any vaccine model.

The CDC has long known about the virulence and persistence of this spirochete focusing on a vaccine as the cure-all to this world wide epidemic. The late stage/chronic Lyme community has become collateral damage for a vaccine market in the course of a government sponsored initiative as Baxter’s phase III clinical trials are underway.

The CDC has aligned itself with institutions/researchers with a bias against persistent infection and has misused its authority by inappropriately allotting government funds to Mass General Hospital (Dr Alan Steere) and New York Medical College (Dr Gary Wormser) as identified in the following communications.

Comments Off on Important Petitions

Top Expert: Most of U.S. Already Has Herd Immunity