‘Anti-Vax’ Labelling and the Mainstream Media: Who is Coordinating This?

‘Anti-vax’ labelling and the mainstream media: Who is coordinating this? 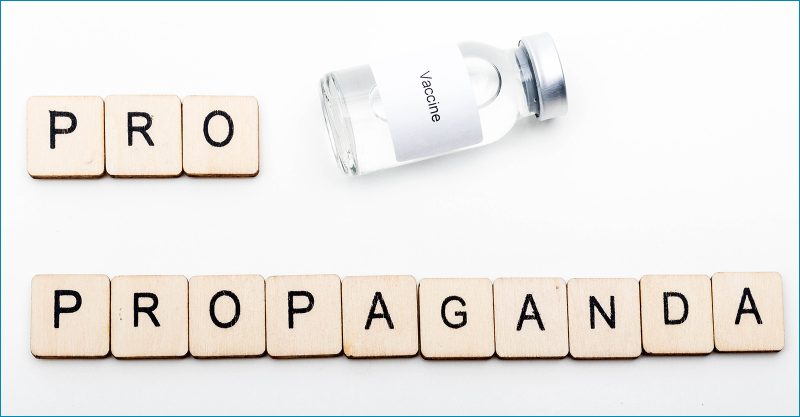 International vaccination policy is being manipulated to develop massive vaccine markets. It’s time to throw a spotlight on conflicts of interest, and identify who is behind the demonising and censoring of people who question vaccination policy. 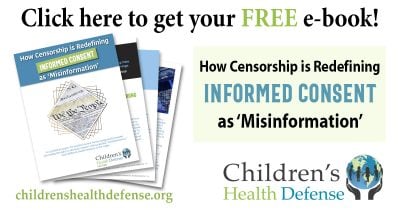 The mainstream media has been shown to be unreliable, biased, and often conflicted, and is failing to critically analyse and report on international vaccination policy for the global community.

Is the highly conflicted Bill and Melinda Gates Foundation shaping the media’s reporting on vaccination issues?This article published in February 2013 provides some interesting background on the Gates’ historical influence on the media, noting that in 2012, the Foundation gave out $25 million in media grants the previous year, which was less than 1% of the organization’s budget.

In regards to biased media, see for example this article in The Guardian which includes references to Robert F. Kennedy, Jr., Children’s Health Defense, and Stop Mandatory Vaccination. The piece points out to readers that “Anti-vaxxers’ influence and power could affect Americans’ willingness to take a Covid-19 vaccine, experts warn.” Note that The Guardian receives funding from the Bill and Melinda Gates Foundation, which is driving “the race” for coronavirus vaccines.

This is yet another propaganda piece attempting to discredit and marginalise people who legitimately question international vaccination policy and the burgeoning number of vaccines being added to international vaccination schedules. People with valid concerns about vaccinations are labelled “anti-vaxxers” and are described as being in the “anti-vaxxer movement” in a manner that seeks to marginalise them in broader society and to alienate them as “untouchables”.

The lobbying of coercive vaccination groups such as Friends of Science in Medicine in Australia, and similar lobbying internationally, must be investigated to understand the big picture.

Who is coordinating this?

It’s been going on for years, starting with the demonising of Andrew Wakefield, (via the Murdoch Sunday Times newspaper and The BMJ), central to the narrative, and has since widened to encompass others. For those who follow such things, it’s obvious this is being orchestrated, but by whom?

We know The Vaccine Confidence Project headed by Heidi Larson is a key entity in monitoring global dissent on vaccination, and that this organisation has been funded by the Bill & Melinda Gates Foundation in the past. But there are others in the network of monitoring dissent including academics such as Julie Leask and Katie Attwell in Australia.

The lobbying of coercive vaccination groups such as SAVN and Friends of Science in Medicine in Australia, and similar lobbying internationally, must be investigated to understand the big picture.

We’ve seen the deliberate hindrance of discussion on vaccination going on for years, but it’s reaching a crescendo now, with censorship on social media interfering with citizens’ rights to discuss vaccination. It remains to be seen what will be the outcome of Donald Trump’s Executive Order on Preventing Online Censorship.

Biased international media is cranking up yet again, with the current coronavirus crisis being used to demonise people questioning vaccination, and information is being twisted and ignored to suit the purposes of vested interests, see for example:

See also Tracking the Anti-Vaccination Movement, an article published by the National Press Foundation (US), which reports on “a new digital tool called Project VCTR that can track anti-vax messengers and messages across Twitter, Facebook, popular websites and other platforms”.  And who is behind the official sounding “National Press Foundation”? Have a look at the list of funders which includes vaccine manufacturer GSK and a host of others who may have significant conflicts of interest.

Citizens questioning vaccination policy must be heard, and governments, vaccine manufacturers, and academics with conflicts of interest, must be stopped from executing Bill Gates mission to take away the fundamental human right of informed consent.

The ante has been upped considerably with the arrival of COVID-19, and Bill Gates’ insistence that a coronavirus vaccine be made “available to almost every person on the planet”. In the space of a few months, we’ve seen another disease pop up as a global threat as the result of SARS-CoV-2, a virus of still undetermined origin.

There are many unknowns about SARS-CoV-2/COVID-19, and yet it’s reported that over a hundred groups are involved in the “race for the vaccine” with highly questionable vaccine trials underway. Even with all of these unknowns, already there are calls for mandatory vaccines when they become available. It’s shocking to see how this is being fast-tracked, without any real consideration of data from the current crisis. In this regard, see Dr. Malcolm Kendrick’s blog post: COVID deaths – how accurate are the statistics?

[Bill] Gates is an unelected individual who is wielding his enormous wealth and political influence to impose his will on the global community.

The driver of the current race for coronavirus vaccine products is Bill Gates, who has been manipulating international vaccination policy for years. His Foundation is now the top financial donor to the World Health Organisation after the recent withdrawal of the US by President Donald Trump.

Gates is an unelected individual who is wielding his enormous wealth and political influence to impose his will on the global community. See for example Bill and Melinda Gates personal phone call with Boris Johnson, Bill Gates Seeks EU Help on Vaccine Aid, EU-led telethon raises 7.4 billion for vaccine financing – without US, and Australia pledges $350 million to EU coronavirus vaccine research fund.

There must be an investigation into how international vaccination policy is being manipulated to develop massive vaccine markets. We must throw the spotlight on conflicts of interest and those who are behind the demonising and censoring of people who question vaccination policy.

The mainstream media has been corrupted and is failing the global community; it’s worse than useless. It’s time for citizens around the world to forge a new way ahead if we are to retain our basic human rights.

Comments Off on ‘Anti-Vax’ Labelling and the Mainstream Media: Who is Coordinating This?

5G Technology and Induction of Coronavirus in Skin Cells

Easton CT is Suing NO THANKS to 5G, and We Can Too!