What is Vaccine Shedding?

What is vaccine shedding? 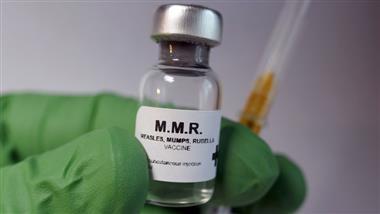 When you’re infected with a virus that causes an illness, that virus is shed in your saliva and other bodily fluids, and sometimes also via skin lesions. This means that a person who comes into direct contact with the shed virus may also become infected. The same holds true for live attenuated viral vaccines.

While inactivated vaccines use a killed version of the pathogen, live viral vaccines use a weakened (or attenuated) version of the virus. Typically, the live virus used in vaccine production is passed through a living cell culture or other host, such as chicken embryo, many times over until it becomes weakened to a point that it’s not likely to make you sick when it’s injected or, in the case of live oral vaccines, swallowed.

That being said, a live vaccine strain virus is still active and strong enough to trigger an inflammatory response in your body, prompting the creation of vaccine-acquired antibodies. There are a few problems with this, such as the possibility that the weakened vaccine-strain virus can revert to virulence, leading to serious complications identical or similar to complications of the natural disease the vaccine is supposed to prevent in the vaccinated person.1

Another noted problem is that the person who is given a live attenuated viral vaccine can asymptomatically shed and transmit vaccine-strain virus for a period of days, weeks or months and potentially infect close contacts, who can also experience symptoms of the very disease the vaccine was intended to prevent.

The possibility of vaccine strain viral shedding takes on renewed importance in the case of the government’s strong recommendation for annual flu vaccination. The U.S. Centers for Disease Control and Prevention’s (CDC) Advisory Committee on Immunization Practices (ACIP) recommends annual influenza vaccinations for everyone 6 months and older.

The live influenza vaccine FluMist, which is approved for nonpregnant women as well as anyone aged 2 to 49 years, is administered in the form of a nasal spray.

While the CDC states that the live type A and B vaccine strain influenza viruses in FluMist are too weak to actually give recipients influenza, research has raised some serious doubts that this is the case. One recent study revealed not only that influenza virus may be spread via simple breathing (i.e., no sneezing or coughing required) but also that repeated vaccination increases the amount of influenza virus released into the air.3

What’s more, individuals who had been vaccinated in the current and previous season had 6.3 times more aerosol shedding than those who had received no vaccination in those two seasons. The researchers concluded:5

“The association of current and prior year vaccination with increased shedding of influenza A might lead one to speculate that certain types of prior immunity promote lung inflammation, airway closure and aerosol generation … If confirmed, this observation, together with recent literature suggesting reduced protection with annual vaccination, would have implications for influenza vaccination recommendations and policies.”

Virus shedding is common following FluMist — and can transmit flu

In 80 percent of the FluMist recipients, at least one vaccine-strain influenza virus was isolated anywhere from one to 21 days following vaccination. They further noted, “One placebo subject had mild symptomatic Type B virus infection confirmed as a transmitted vaccine virus by a FluMist recipient in the same playgroup.”6

Another MedImmune study revealed that 89 percent of babies under 2 years who received FluMist shed vaccine-strain influenza virus, as did 20 percent of adults. The most virus was shed two to three days following vaccination, continuing for up to 11 days.7

While the CDC claims vaccine-strain virus shedding, and subsequent transmission of disease, is rare, they have also stated that people with a weakened immune system, or those who will be caring for someone with a weakened immune system within seven days of vaccination, should not receive the live attenuated influenza vaccine due to the “theoretical” risk that the recently vaccinated person could shed and transmit the vaccine-strain virus to immunocompromised individuals.

That being said, there’s no way to know for sure how often vaccine-strain live virus shedding and disease transmission actually occurs. Barbara Loe Fisher, cofounder and president of the National Vaccine Information Center (NVIC), wrote a special report, The Emerging Risks of Live Virus and Viral Vectored Vaccines: Vaccine Strain Virus Infection, Shedding and Transmission, which contains over 200 references and delves into virus shedding and vaccine virus shedding. She noted:8

“There is no active surveillance and testing for evidence of vaccine strain live virus shedding, transmission and infection among populations routinely being given multiple doses of live virus vaccines, including measles vaccine. Therefore, it is unknown exactly how many vaccinated children and adults in the U.S. or other countries are shedding and transmitting vaccine strain live viruses.

Whether or not vaccine strain live virus shedding, transmission and infection is causing undiagnosed or misdiagnosed health problems, especially among people with severe immune deficiencies or autoimmune and other immune system disorders, is an open question.”

Which vaccines are capable of shedding?

The live oral polio vaccine (OPV) is one of them. OPV is no longer used in the U.S., having been replaced by inactivated injectable polio vaccine in 1999, but OPV is still used in some developing countries. In 2017, there were 21 reported cases of vaccine-derived polio, compared to six cases of wild polio — marking the first time more cases of polio were caused by vaccine-derived strains than wild or naturally occurring strains.

In Syria alone, 15 children were paralyzed by vaccine-derived polio, according to the World Health Organization (WHO).10 Research published in the journal Cell also revealed that the live vaccine strain virus used in the oral polio vaccine can easily mutate and spread through a community.11 NPR reported:12

“After a child is vaccinated with live polio virus, the virus replicates inside the child’s intestine and eventually is excreted. In places with poor sanitation, fecal matter can enter the drinking water supply and the virus is able to start spreading from person to person.

‘We discovered there’s only a few [mutations] that have to happen and they happen rather quickly in the first month or two post-vaccination,” [lead study author Raul] Andino says. ‘As the virus starts circulating in the community, it acquires further mutations that make it basically indistinguishable from the wild-type virus. It’s polio in terms of virulence and in terms of how the virus spreads.'”

WHO also noted, “When a child is immunized with OPV, the weakened vaccine virus replicates in the intestine for a limited period … During this time, the vaccine virus is also excreted.”13 In some people, however, the period of replication may not be so “limited.”

One British man received three doses of attenuated live virus polio vaccine at 5, 7 and 12 months of age. He also received a booster at age 7, as was recommended. The man has a health condition that suppresses his immune system, making it more difficult for him to clear vaccine-strain poliovirus from the body.

Although he had no symptoms of the disease, when researchers tested his stool (more than 100 samples were taken over a period of 28 years), they confirmed high levels of the poliovirus even decades later.

The CDC recommends the MMR (measles, mumps and rubella) vaccine for children aged 12 to 15 months, with a booster between ages 4 and 6 years. This live attenuated combination vaccine has also been associated with vaccine-strain virus shedding and disease transmission.

For instance, following live virus measles vaccination, measles virus RNA was detected in 10 of 12 children, as early as one day or as late as 14 days after vaccination.14 Vaccine virus-related measles has also been documented, including in one 2-year-old boy who became ill 37 days after receiving an MMR vaccine.

The researchers who published the case report explained, “Although this is the first such reported case, it likely represents the existence of additional, but unidentified, exceptions to the typical timeframe for measles vaccine virus shedding and illness.”15

Likewise, mumps vaccine strain virus has also been confirmed as being transmitted by recently vaccinated children to their parents, while live rubella vaccine virus can be transmitted via breast milk. The live attenuated chickenpox vaccine can also cause vaccine-strain chickenpox in healthy or immunocompromised vaccine recipients — or their close contacts. According to Fisher:16

Generally, it is advised that persons recently given chickenpox vaccine avoid close contact for at least six weeks after vaccination with potentially susceptible persons, such as immune compromised persons, pregnant women, newborn infants and premature babies, especially if a rash develops after vaccination.”

Why are live virus vaccines still being used?

With documented cases of live virus vaccines contributing to vaccine strain virus shedding and transmission, it’s clear there remain many questions about their safety and effectiveness. Yet, their use continues, in part because the immune response triggered by live virus vaccines is considered to be superior to that triggered by inactivated vaccines.

In short, live virus vaccines tend to stimulate an immune response that’s more similar to one that would occur had you been exposed to the wild-type virus naturally. That being said, live virus vaccines rarely confer the same kind of longer lasting immunity that exposure to a naturally acquired infection can confer.

This is why booster shots are necessary, and why some have recommended that a third MMR vaccine dose be added to the U.S. vaccine schedule.

At the very least, it’s important to be aware of the differences between attenuated live virus vaccines and inactivated vaccines, especially if you’re part of a vulnerable population, such as very young children, the elderly, pregnant and breastfeeding women and people with acute or chronic health problems or a compromised immune system.

For now, however, there remain many unanswered questions regarding live virus vaccines and their ultimate impact on public health. As Fisher explained:17

“The impact of vaccine-strain virus shedding infection and transmission on individual and public health is a question that deserves to be asked and more thoroughly examined by the scientific community. The fact that children and adults given live virus vaccines have the potential to pose a health risk to both unvaccinated and vaccinated close contacts should be part of the public conversation about vaccination.”

https://articles.mercola.com/sites/articles/archive/2015/03/24/dissolving-illusions-measles-vaccine.aspx  (CDC reports no measles deaths in U.S.in the past 12 years but 98 measles vaccine related deaths reported in U.S. since 2003 along with 694 measles vaccine-related disabilities)

Comments Off on What is Vaccine Shedding?

Fully Vaccinated vs. Unvaccinated – A Summary of the Research

The Basics of Serology