In addition to being a painful distraction, the blood-sucking parasites can transmit deadly diseases.

The Lone Star tick, a type of tick that’s known to cause some people it bites to develop an allergy to red meat, has reportedly been found in northern Wisconsin — a rare occurrence as these small arachnids aren’t typically found in the state.

The tick was purportedly spotted near Eau Claire County, per local news Channel 3000. Lone Star ticks, which are not native to the state and are named for the white spot on the back of adult females, are sometimes reported in the southern half of Wisconsin, if at all, according to the Department of Entomology at the University of Wisconsin-Madison.

Susan Paskewitz, the chair of the Entomology Department at the university, told Channel 3000 the Lone Star tick reported likely found its way north by attaching itself to a bird or other animal that later made its way to the area.

Last summer, Scott Commins — an allergist and associate professor of medicine at University of North Carolina, Chapel Hill and one of the first physicians to discover the connection between Lone Star tick bites and the alpha-gal meat allergy —  told Fox News the allergy caused by a Lone Star tick bite is relatively rare. That said, the number of cases has sharply increased from the roughly two dozen he and his colleagues first studied in 2009.

Commins offered a few different reasons for the increase.

First, doctors can now perform a blood test that detects the allergy, “which has made the diagnosis much easier,” he said. 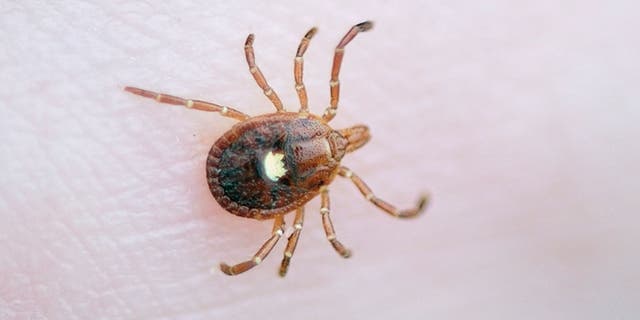 Additionally, the “range of the Lone Star tick is increasing and expanding,” Commins said, which ultimately increases the chance of getting bitten. Higher costs of living could partly be to blame, causing more people in recent years to trade urban life for the suburbs. This movement results in closer contact with tick-carrying deer, which subsequently increases the chance for tick bites.

Commins also said a heightened awareness about the allergy has led those with symptoms to talk to their doctor and investigate if a Lone Star tick bite could be the cause.

Though it’s not totally clear how Lone Star tick bites sometimes result in the allergy, Commins said the tick’s saliva may be a factor.

“There’s a common pathogen in all of these ticks,” he said at the time.  “It could be a protein or enzyme in tick spit. We’re working on that in the lab at the moment.”

Not unlike the symptoms of a peanut, egg, tree nut or a shellfish allergy, many people who are allergic to red meat may experience hives, a skin rash or anaphylaxis.

Commins warned many also experience “severe GI [gastrointestinal] distress,” such as stomach pain, indigestion, vomiting and diarrhea. Some people have described their gastrointestinal symptoms as “stabbing pain or [being stuck with] a hot poker,” he added.

That said, the symptoms of a red meat allergy are not always immediate. In fact, Commins said, it usually takes hours after eating red meat for the symptoms to appear.

There is no cure for the allergy at this time; the most those with the allergy can do is to avoid red meat, which includes beef, lamb, pork, veal, and goat, among others.

But the news isn’t all bad.

“There is a bright spot in this; this is one of these food allergies that will resolve over time,” he said, though he noted additional tick bites may prolong the condition.

________________
**Comment**
Another example of a tick in a place it’s not supposed to be.
BTW: this isn’t the first time it’s been found in Northern Wisconsin:  https://madisonarealymesupportgroup.com/2017/01/12/tick-related-red-meat-allergy-found-in-minnesota-wisconsin/  Excerpt:

According to Dr. Alaaddin Kandeel, an allergist at Essentia Health in Duluth, he’s diagnosed 18 patients with alpha-gal allergy – 10 from northeast Minnesota and 8 from northwest Wisconsin – hardly accepted Lone Star territory.  In the audio he states he diagnoses approximately 1 patient per month with Alpha-gal allergy and that the reactions can be severe, from passing out to life-threatening reactions.

One patient a month.  NOT RARE.

And while tick borne diseases are reportable by law, allergies like the alpha-gal allergy are not, so nobody truly knows prevalence.

Doctors should NEVER use a map to turn a patient away who is presenting with symptoms. If they do, turn them in to the authorities.

Many people do not know it isn’t just meat those with Alpha Gal have to avoid.

This is about the worst news possible for Wisconsinites whom can handle pain like nobody on the planet, and keep a stiff upper lip that many would collapse under, but take away our meat, cheese, and beer, and we are an absolute mess!

‘Horns’ Are Growing on Young People’s Skulls. Phone Use is to Blame, Research Suggests