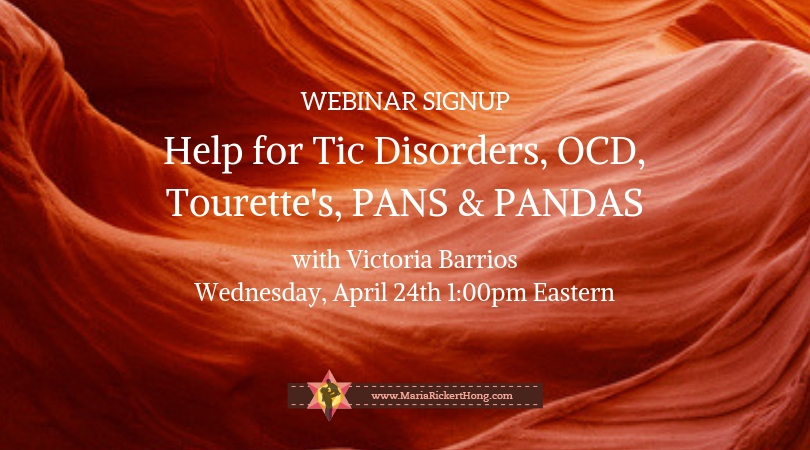 Victoria Barrios hosts the Thriving with a Tic Disorder online summit, which explores the root causes of tic disorders.

In this webinar, she’ll discuss highlights from what she’s learned from experts in her summit such as:

•Jane Hersey of the Feingold Association

•Mark Blaxill, author of “The Age of Autism”

We’ll talk about things such as:

•Triggers of tics such as food additives and medication

•The role of stress and anxiety

Join us to ask your own questions!

RSVP at link above.

As a child, Victoria Barrios was diagnosed with Tourette Syndrome, a neurological disorder that involves uncontrollable, repetitive movements or tics.

After cutting out any and all added and artificial sugars and preservatives, her symptoms were no longer controlling her and she was able to function in society again.

Her world later shifted when she discovered that within two weeks of eliminating any and all dairy products she had not ONE sign of acne.

She finally understood how food could either be our nourishment or our destruction.

She is now a health coach who is the host of the Thriving with a Tic Disorder online summit.

**Be sure to sign up, even if you can’t attend in person so you can get the replay when it comes out the next day.**