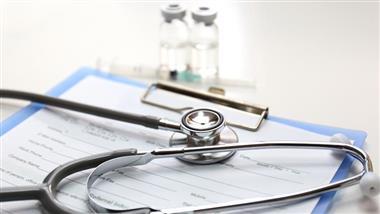 The following referenced information contains opinion and perspective on a health topic related to vaccine science, policy, law or ethics that is being discussed in public forums, including in medical, law and other professional journals; newspapers, magazines and other print; broadcast and online media outlets; state legislatures and the U.S. Congress.

The World Health Organization has stated that “vaccine hesitancy” is one of the top 10 global public health threats.

Mandatory use of the first vaccine — the smallpox vaccine — became common in the 19th century because that infection had a mortality rate of 30 percent.1 Measles is not and was never as deadly as smallpox. In 1962, a year before the measles vaccine was licensed in the U.S., the measles death rate was reported to be 1 in 1,000 cases.2

However, that 20th century death rate has been challenged by Physicians for Informed Consent arguing that the case fatality figures are based on reported cases and most cases of measles are benign and go unreported.3

Recovery from measles confers lifelong naturally acquired immunity. There is evidence that whatever immunity the measles vaccine provides can wane over time and wear off completely within a decade4 or two.5,6

The answer, we’re told, is booster shots, and making sure every single individual is vaccinated in order to ensure “herd immunity” — a concept that historically applies to naturally-acquired immunity following the recovery from the disease.

Measles infection in developed countries like the U.S. very rarely involves complications that lead to injury or death. If you’re over 50, you might recall a time when measles was a common childhood illness, and most children experienced it and were immune by age 15.7

Parents were not extremely fearful of measles before the vaccine was widely used because, like chickenpox, it was accepted as a childhood rite of passage and complications were rare.

However, measles does have more serious complications for older children and adults, which is why parents in the past wanted their children to get the disease when they were young. Authors of a recent study8 in The Lancet Infectious Diseases reported that when measles infection is delayed, negative outcomes are 4.5 times worse “than would be expected in a prevaccine era in which the average age at infection would have been lower.”

You can see a graph of the exact number of measles cases for each year going back to 2010 on the CDC’s website.11 The National Vaccine Information Center (NVIC) also has a page detailing the history of measles in the U.S. and other countries with accompanying statistics and references.12

According to the CDC, the last recorded measles-associated death in the U.S. occurred in 2015.13 But even before the measles vaccine was introduced and given to children in the early 1960s, the annual death toll from measles in the U.S. was between 450 and 500,14 and never approached the high death rate of smallpox, which was a far more deadly disease, and which prompted calls for states to pass mandatory smallpox vaccination laws for children.15

While any death, for any reason, is tragic, it is reasonable to ask whether it makes sense to mandate that children receive vaccines for diseases with low mortality rates when there are many other causes of death that are not only easier to prevent but would save far more lives.

Twenty percent of deaths (4,074 children) were caused by motor vehicle crashes, which came in at No. 1, followed by firearm-related injuries at 15 percent (3,143 deaths). In terms of disease, cancer was the primary cause of death (1,853 deaths), followed by suffocation (1,430 deaths) and drowning (995 deaths). A total of 982 children died from drug overdoses. Heart disease killed 599 children and chronic lower respiratory disease took the lives of 274.

Where is the evidence that measles is a catastrophic public health concern comparable to smallpox that warrants forcing all children to get vaccinated or be barred from getting a school education?

The U.S. Senate Committee on Health, Education, Labor and Pensions held a hearing March 5, 2019 titled “Vaccines Save Lives: What Is Driving Preventable Disease Outbreaks?” 18 The entire hearing centered around the testimony of five witnesses, all of whom were in favor of vaccines.

Meanwhile, more than 500 people, a majority of them mothers of vaccine-injured children, remained unheard in a crowded hallway or overflow rooms, unable to enter the small hearing room.19 According to The Washington Post, Sen. Rand Paul, R-Ky., was the only senator or witness who made a statement questioning vaccine mandates and the threat they pose to autonomy and liberty.20

It’s worth noting that two of the most impassioned senators advocating for mandatory vaccinationsand the elimination of vaccine exemptions, Sens. Bill Cassidy, R-La., and Bob Casey, D-Pa., have also received the largest payments from the drug industry.21 Cassidy received $156,000 from the pharmaceutical industry in 2018, and Casey received $532,859 that year.

How can we expect impartiality from lawmakers advocating that everyone should be forced to buy and use vaccines when so many members of Congress have financial conflicts of interest with Big Pharma?

Ironically, while defending the absolute safety of vaccines, Casey and Cassidy are cosponsors of the Vaccine Access Improvement Act (S.3253), introduced in 2018-2018.

This legislation aimed to streamline the taxation for new vaccines eligible for coverage under the federal Vaccine Injury Compensation Program (VICP), which was created by Congress in the 1986 National Childhood Vaccine Injury and expanded under the 21st Century Cures Act enacted in 2016. Cosponsor senator Johnny Isakson, R-Ga., commented on the bill in July 2018:24

“The Vaccine Access Improvement Act offers a commonsense solution to get vaccines to patients more quickly, helping to protect Americans against life-threatening diseases while ensuring that the small number of patients who experience side effects get the care they need.”

The Acts passed by Congress in 1986 and 2016, as well as the Vaccine Access Improvement Act (which died in committee in July 2018),25 acknowledge that damage occurs from FDA licensed and CDC recommended vaccines and that injured children and adults should receive financial aid.

So why were no individuals who have been personally affected by vaccine injuries and deaths allowed to speak at the hearing?

One of the five witnesses was 18-year-old Ethan Lindenberger, whose mother made an informed decision and did not vaccinate him as a child. After doing his own online research, when he turned 18 he made the choice to get vaccinated. In his testimony, a transcript26 of which can be found on the U.S. Senate website, he talks about his mother’s views, saying:

“These beliefs were met with strong criticism, and over the course of my life seeds of doubt were planted and questions arose because of the backlash my mother received when sharing her views on vaccines. These questions and doubts were minor and never led to a serious realization of how misinformed my mother was.”

Repeating identical talking points offered by all of the invited witnesses and all but one senator on the committee, Ethan also stated confidently, “In its essence, there is no debate. Vaccinations are proven to be a medical miracle, stopping the spread of numerous diseases and therefore saving countless lives.”

“There is no debate?” Typically, only talking heads paid by industry take a denialist position like that. A rationally thinking person who has taken the time to look at all of the evidence quickly realizes that

the debate is far from over and vaccine science is nowhere near settled.

The week before the senate’s hearing on vaccines, the U.S. House Energy and Commerce Oversight and Investigations Subcommittee held a hearing on the measles outbreak and response efforts.27 This hearing can be viewed in its entirety on C-SPAN’s website.28

As expected, the witnesses and members of the committee denied there are serious vaccine risks — or if there are, they are almost nonexistent — and pointed the finger at parents with unvaccinated children attending school as the reason for measles outbreaks.

However, according to the CDC, over 94 percent of kindergarten children nationwide have received two doses of measles-containing MMR vaccine and only about 2 percent of children attend school with vaccine exemptions.29

The herd immunity threshold for vaccine-acquired artificial immunity is thought to be between 80 and 95 percent,30 depending on the disease in question. For measles, it’s between 90 and 95 percent. Yet, the high vaccination rate in the U.S. isn’t enough to thwart outbreaks, and evidence suggest they would probably continue to occur even if vaccine coverage was at 100 percent.

One of the problems is that measles outbreaks occur even in highly-vaccinated populations.31,32,33,34,35,36A 1994 study37 looking at measles incidence in Cape Town, Africa, indicated that as vaccination rates increased, measles became a disease in populations where the majority of children had been vaccinated. The immunization coverage was 91 percent and vaccine efficacy was estimated to be 79 percent.

According to the authors,

“The epidemiology of measles in Cape Town has thus changed as evinced in this epidemic, with an increase in the number of cases occurring in older, previously vaccinated children. The possible reasons for this include both primary and secondary vaccine failure.”

By the early 1980s, about 95 percent of children entering kindergarten in the U.S. had received a dose of measles-containing vaccine but, in 1989-1990, there were outbreaks of measles among school-age children and college students.

Public health officials responded by recommending a second dose of MMR vaccine for all children. In an article published in Clinical Microbiology Reviews in 1995, researchers stated:38

“Measles, which was targeted for elimination from the United States in 1979, persisted at low incidence until 1989, when an epidemic swept the country. Cases occurred among appropriately vaccinated school-age populations and among unimmunized, inner-city preschool children.

In response to the epidemic, measles immunization recommendations have been modified. To prevent spread among school-age populations, a second dose of MMR vaccine is recommended at 5 to 6 or 11 to 12 years of age.”

Today, measles outbreaks are occurring even in populations that have received two or more doses of measles vaccine, and/or where vaccination rates are above the “herd immunity” threshold. Examples include:

• A 2017 measles outbreak in a highly vaccinated military population in Israel, ranging in age from 19 to 37. The first two patients identified had both received two doses of measles vaccine. Patient zero, a 21-year-old soldier, had documentation of having received three doses.39

• A 2014 study40 conducted in the Zhejiang province in China found that populations that have achieved a measles vaccination rate of 99 percent through mandatory vaccination programs are still experiencing consistent outbreaks far beyond what the World Health Organization expects.

What’s more, 93.6 percent of the 1,015 participants in this study tested seropositive for measles antibodies, which theoretically means they should have been protected against the disease.

Parents who have experienced the pain of watching a perfectly healthy child decline shortly following vaccination, or who die or are left with disabilities and chronic poor health, are legitimately crying foul for being left out of congressional hearings that called for stricter mandatory vaccination laws, and which criticized parents of unvaccinated children while suggesting vaccine conversations about vaccine risks should be censored on social media.

Where are the scientifically sound studies comparing the health outcomes of vaccinated and unvaccinated individuals?

When government officials flat-out deny the obvious, the seeds of public mistrust are planted. Today, many of us know someone who has been injured by a vaccine, and more and more people are sharing their stories in an effort to prevent others from having to live through the same pain. It is a reality that simply cannot be denied any longer. To learn more about vaccine injury reports, visit:

Comments Off on Measles Propaganda Can Have Dire Public Health Ramifications

How Do Hormones Affect the Heart?