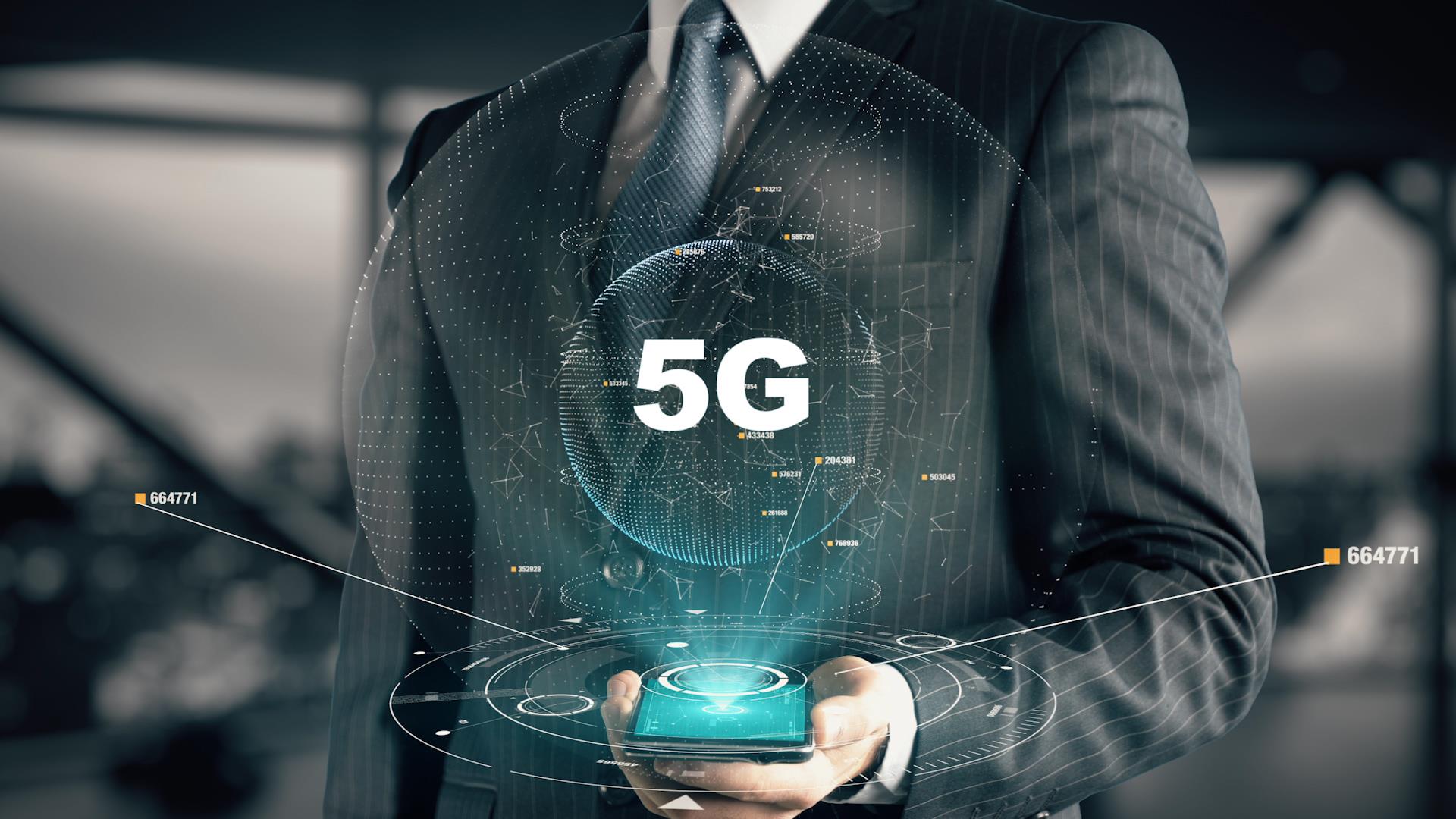 Concerns about the upcoming launch of 5G radio telecommunications technology has prompted a mass petition against the move on safety grounds by thousands of scientists and related professionals.

Wireless Radiation: Stop The 5G Network On Earth And In Space, Devastating Impacts On Health And The Environment

To the UN, WHO, EU, Council of Europe and governments of all nations

We the undersigned scientists, doctors, environmental organizations and citizens from (__) countries, urgently call for a halt to the deployment of the 5G (fifth generation) wireless network, including 5G from space satellites. 5G will massively increase exposure to radio frequency (RF) radiation on top of the 2G, 3G and 4G networks for telecommunications already in place. RF radiation has been proven harmful for humans and the environment. The deployment of 5G constitutes an experiment on humanity and the environment that is defined as a crime under international law.

Telecommunications companies worldwide, with the support of governments, are poised within the next two years to roll out the fifth-generation wireless network (5G). This is set to deliver what is acknowledged to be unprecedented societal change on a global scale. We will have “smart” homes, “smart” businesses, “smart” highways, “smart” cities and self-driving cars. Virtually everything we own and buy, from refrigerators and washing machines to milk cartons, hairbrushes and infants’ diapers, will contain antennas and microchips and will be connected wirelessly to the Internet. Every person on Earth will have instant access to super-high-speed, low- latency wireless communications from any point on the planet, even in rainforests, mid-ocean and the Antarctic.

What is not widely acknowledged is that this will also result in unprecedented environmental change on a global scale. The planned density of radio frequency transmitters is impossible to envisage. In addition to millions of new 5G base stations on Earth and 20,000 new satellites in space, 200 billion transmitting objects, according to estimates, will be part of the Internet of Things by 2020, and one trillion objects a few years later. Commercial 5G at lower frequencies and slower speeds was deployed in Qatar, Finland and Estonia in mid-2018. The rollout of 5G at extremely high (millimetre wave) frequencies is planned to begin at the end of 2018.

Despite widespread denial, the evidence that radio frequency (RF) radiation is harmful to life is already overwhelming. The accumulated clinical evidence of sick and injured human beings, experimental evidence of damage to DNA, cells and organ systems in a wide variety of plants and animals, and epidemiological evidence that the major diseases of modern civilization—cancer, heart disease and diabetes—are in large part caused by electromagnetic pollution, forms a literature base of well over 10,000 peer-reviewed studies.

If the telecommunications industry’s plans for 5G come to fruition, no person, no animal, no bird, no insect and no plant on Earth will be able to avoid exposure, 24 hours a day, 365 days a year, to levels of RF radiation that are tens to hundreds of times greater than what exists today, without any possibility of escape anywhere on the planet. These 5G plans threaten to provoke serious, irreversible effects on humans and permanent damage to all of the Earth’s ecosystems.

Immediate measures must be taken to protect humanity and the environment, in accordance with ethical imperatives and international agreements.

5G will result in a massive increase in inescapable, involuntary exposure to wireless radiation

In order to transmit the enormous amounts of data required for the Internet of Things (IoT), 5G technology, when fully deployed, will use millimetre waves, which are poorly transmitted through solid material. This will require every carrier to install base stations every 100 metres[1] in every urban area in the world. Unlike previous generations of wireless technology, in which a single antenna broadcasts over a wide area, 5G base stations and 5G devices will have multiple antennas arranged in “phased arrays” [2],[3] that work together to emit focused, steerable, laser-like beams that track each other.

Each 5G phone will contain dozens of tiny antennas, all working together to track and aim a narrowly focused beam at the nearest cell tower. The US Federal Communications Commission (FCC) has adopted rules[4]permitting the effective power of those beams to be as much as 20 watts, ten times more powerful than the levels permitted for current phones.

Each 5G base station will contain hundreds or thousands of antennas aiming multiple laser-like beams simultaneously at all cell phones and user devices in its service area. This technology is called “multiple input multiple output” or MIMO. FCC rules permit the effective radiated power of a 5G base station’s beams to be as much as 30,000 watts per 100 MHz of spectrum,[2] or equivalently 300,000 watts per GHz of spectrum, tens to hundreds of times more powerful than the levels permitted for current base stations.

At least five companies[5] are proposing to provide 5G from space from a combined 20,000 satellites in low- and medium-Earth orbit that will blanket the Earth with powerful, focused, steerable beams. Each satellite will emit millimetre waves with an effective radiated power of up to 5 million watts[6] from thousands of antennas arranged in a phased array. Although the energy reaching the ground from satellites will be less than that from ground-based antennas, it will irradiate areas of the Earth not reached by other transmitters and will be additional to ground-based 5G transmissions from billions of IoT objects. Even more importantly, the satellites will be located in the Earth’s magnetosphere, which exerts a significant influence over the electrical properties of the atmosphere. The alteration of the Earth’s electromagnetic environment may be an even greater threat to life than the radiation from ground-based antennas (see below).

Please go to Global Research to read the entire article.

20,000 Satellites For 5G To Be Launched Sending Focused Beams Of Intense Microwave Radiation Over Entire Earth

Public attention about 5G has been focused on the plans of telecom companies to install millions of small cell towers on electric utility poles, on public buildings and schools, on bus stop shelters, in public parks, and anywhere they want in national parks and on federally owned land.

In local urban communities there would be a cell tower approximately every 500 feet along every street.

As bad as these small cell towers might seem from the standpoint of constant exposure to radio frequency (RF) radiation in close proximity to the source, perhaps an even more alarming prospect will be the beaming of millimeter length microwaves at the earth from thousands of new communication satellites.

The total number of satellites that is expected to be put into low and high orbit by several companies will be 20,000 satellites. [1]

These satellites will use the same type of phased array antennas as will be used by the ground-based 5G systems.

This means that they will send tightly focused beams of intense microwave radiation at each specific 5G device that is on the Earth and each device will send a beam of radiation back to the satellite. [2]

Previous generations of RF cellular communication used large antennas to send a blanket of radiation in all directions. The lower frequencies they used and the broad distribution of microwaves limited the numbers of cellular devices that could connect through an individual tall tower.

The much shorter length microwaves used for 5G will make it possible to use small phased array antennas to send and receive signals.

Phased array antennas consist of clusters of hundreds of tiny antennas that work together to shoot a ray of energy at a target just like a bullet. A cluster of these tiny antennas can be arranged in a 4 inch by 4 inch matrix.

The rays of microwaves they produce will be strong enough to pass through walls and human bodies. If they were not strong enough to do this, then everyone with a 5G smartphone would have to stand outside when using the devices. [2]

Each 5G product will also have multiple phased array antennas which will be used to create a powerful beam of radiation back to the 5G devices mounted on electrical utility poles or toward a specific satellite in space.

These beams of radiation will also need to be strong enough to pass through walls and human flesh such as a hand or head to reach the intended destination. [2]

This means that if you are in a crowded location, such as an airport or on a train, there will be hundreds if not thousands of invisible beams of radiation flying through the environment at the speed of light.

As people move in that environment, their bodies will be penetrated by numerous beams of radiation as they walk or as other people walk around them with their 5G smartphones. [2]

5G Phones will be much more Powerful than Previous Phones

The effective radiated power of the 5G phased array antennas in phones will be 10 times more powerful than 4G phones.

No one will be free from exposure.

In addition, 5G beams of microwave radiation will be received and transmitted from new computer equipment, household appliances, and automobiles.

Stationary equipment such as Wi-Fi hubs in homes and offices will be permitted to use microwave beams that are 15 times stronger (300 watts) than the signals from 5G phones or 150 times stronger than 4G phones. [2]

For an interesting read on the connection between COVID-19, COVID injections, 5G, and Chemtrails.

…globalist entities that are behind the military deployment of 5G worldwide needed a cover for the inevitable outbreaks of both 5G Flu and 5G Syndrome.  The coronavirus pandemic has provided just that, especially in light of the fact that many of the symptoms of both are quite similar. See: Is The “Coronavirus” Actually Microwave Illness from 4G and 5G Radiation?

There have been many telltale signs that are dead giveaways about the close coordination between the military deployment of 5G just before the first major COVID-19 outbreaks around the world.  For example, Wuhan was established as China’s first 5G “Demonstration Zone” in 2019. See: Wuhan City Was expected to have 10,000 5G base stations operating by the end of 2019

Another major clue concerns the highly suspicious work being conducted at Harvard University.  The activation of 5G energy grids amps up the manifestation and severity of Covid symptoms considerably which is why Harvard’s Charles M. Lieber holds the U.S. Patent for using 5G radiation to vibrate corona virus particles from preset nanotubule containers.  The Chair of the Chemistry Department was arrested and indicted in June of 2020.

….Just how many assaults can the human body take before it starts to break down, particularly for the elderly and those with serious comorbidities. See: CHEMTRAIL SYNDROME: A Global Pandemic Of Epic Proportions

The article also points out that the aerosolized and chemically mobile aluminum oxide is “particularly toxic to the brain when permitted to pass through the blood-brain barrier.” This was accomplished through the invasive nasal COVID-19 testing which punctured the brain lining, causing some to need surgery.

Comments Off on Petition: 26,000 Scientists Oppose 5G Roll Out