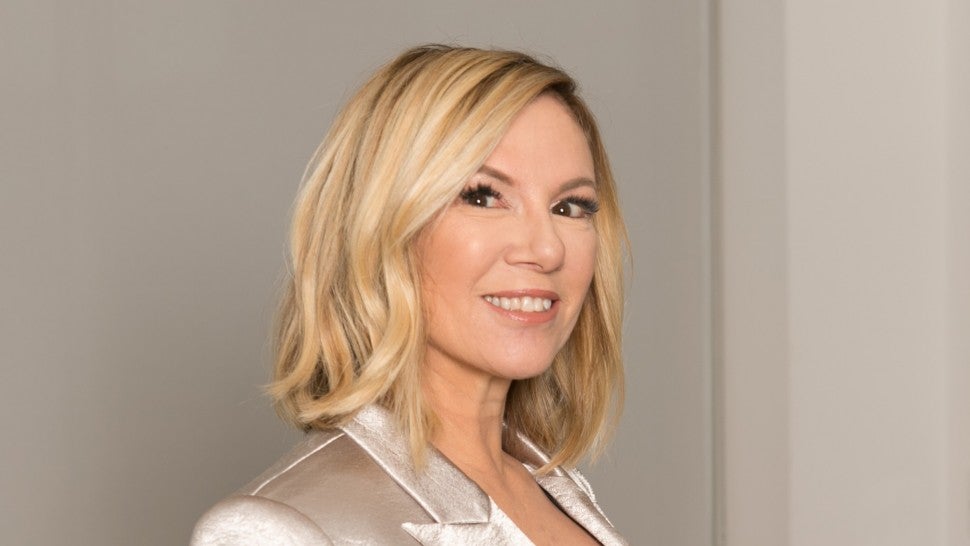 It was three decades ago when Ramona Singer first heard about Lyme disease, puzzled about what the mysterious illness was after a partner mentioned the term. Little did the Real Housewives of New York City star realize how much the disease would impact her in years to come, which would see her witness several close friends battle the disease and go on a “rampage” to find the best doctors after learning her own sister had the potentially fatal, tick-borne illness.

“I was involved with a man who’s a doctor and he volunteered at the first Lyme disease clinic at Lenox Hill maybe 30 years ago and when he first told me I said, ‘What do you mean, Lyme disease!?” Singer recalls to ET. “Then his sister started complaining about not feeling well and being fatigued — he thought she was just being a hypochondriac, then found out she had Lyme!”

Singer was later distraught to find out her own younger sister had the debilitating illness, which causes flu-like symptoms, rashes, joint and muscle pain and limb weakness. With celebrity sufferers including Avril Lavigne and Shania Twain, the disease has increased 25-fold since national surveillance began in 1982, and the common diagnostic test is inaccurate more than half the time.

While Singer is generally private about her sister’s identity and scary health battle, she’s sharing some details of the ordeal for the first time, telling how following the diagnosis, she immediately sprang into action, setting about on a mission to find the best help she could for her loved one.

“She was complaining about all kinds of pain eight years ago, to the point where she was having problems walking,” Singer, 61, shares. “We finally come to our own conclusion that this must be Lyme disease, then she was tested for it. I’ve become a maven since then. I’m aggressive, so I started calling all my friends saying, ‘My sister has Lyme disease, who do you know? Who can I call?’ I was on a rampage to find the best doctor because even once you’re diagnosed, some doctors don’t know how to treat it or can’t be bothered treating it.”

“It’s incredible in this day and age how ignorant people are and the tests aren’t always foolproof,” adds Singer, who recalls talking to one sufferer who was experiencing near-psychotic episodes due to the disease reaching his brain, yet kept getting told by doctors he was mentally ill before finally being diagnosed with Lyme disease. “It’s just a really scary disease and it’s not black-and-white.”

Thanks to being detected early, Singer’s sister, now in her fifties, was able to take a 30-day course of antibiotics and make a full recovery, something the family feels eternally “blessed” about. However, several other loved ones have meanwhile been diagnosed with the illness, which is more common in East Coast areas, with one of Singer’s pals still struggling to overcome it.

One of the most gut-wrenching parts of watching those close to her suffer has been seeing how it restricts their ability to live a normal day-to-day life and witnessing the effects the disease can have on a person’s mental health.

“They just have no energy,” says Singer, who has a 23-year-old daughter, Avery. “Life is about having your health — health is everything, and if you’re waking up in the morning and feeling bedridden, you don’t want to go and meet your friends for lunch or work out. Life is about embracing your passions, whether it’s work, family or friends and this disease inhibits people’s lifestyles.”

“It also causes depression,” Singer adds. “When you’re not feeling well or you have a bad cold for a week, you get depressed because you can’t do anything.”

Singer notes how difficult it is for newly diagnosed patients to find resources, the right healthcare specialists and not “feel alone out there,” so she has become an avid supporter of the Global Lyme Alliance, which works towards conquering Lyme disease and other tick-borne disease and helps connect patients with the best doctors.

On Thursday, Singer will attend the organization’s 4th Annual New York Gala at Cipriani 42nd Street, as an honorary speaker for the event, where Younger star Sutton Foster will perform and equestrian Erin Walker (wife of golf champ Jimmy Walker) will serve as the honored guest.

Last year’s gala honored Matchbox Twenty frontman Rob Thomas’ wife, Marisol, who has been battling the disease for 15 years, with Thomas previously telling ET that Lyme disease has been “like a weird alien inhabited my wife.”

Other key supporters of the Global Lyme Alliance include Singer’s fellow Housewives franchise star and Lyme patient, Yolanda Hadid, whom she rubbed shoulders with at last year’s event. “She’s very fortunate as she has lovely children who support her tremendously and I know she has made great strides, but it took a toll on her life, her marriage and on her relationships,” Singer says. “But she has gotten through it and she’s definitely an inspiration.”

Beyond the event, Singer is keeping busy, currently selling the four-bedroom apartment which has been her family home for the last 20 years and preparing to launch her Ageless by Ramona skincare line in the spring.

Then of course there’s another season of RHONY!

With season 11 filming underway, Singer hints she’ll be back for more drama. Season 10’s dramatic finale and reunion show saw her embroiled in further drama with Bethenny Frankel, who refused to support Singer’s business ventures, failing to show up to a pre-launch event for Ageless by Ramona.

“You know, as women, we all have a camaraderie with each other — we fight with passion and we make up with passion, so that’s why the show is still relatable 11 years later,” Singer says about the conflict. “It’s like friendships, right … you have ebbs and flows, highs and lows!”