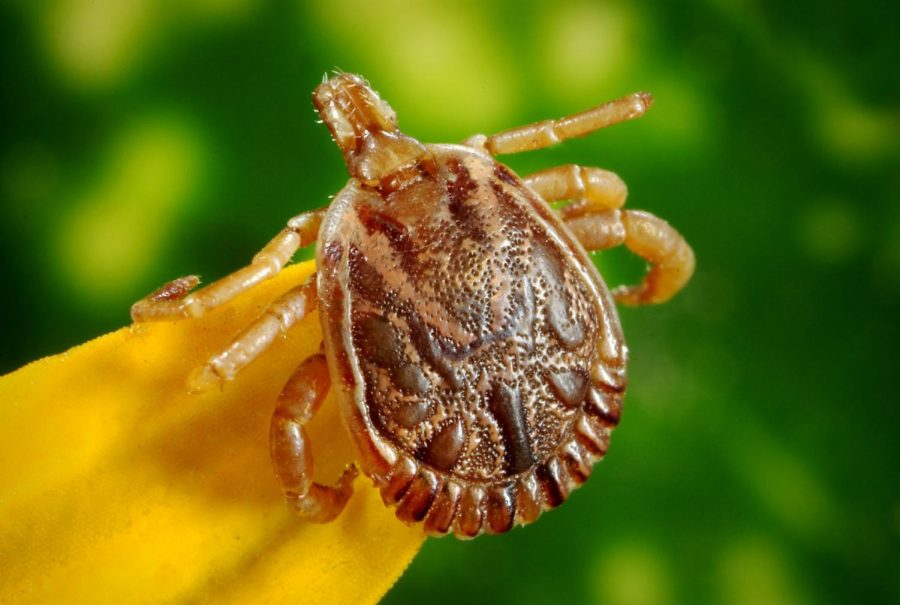 Understanding how immune responses affect disease transmission could be the first step toward eventually developing a preventative treatment for tick-born illnesses, researchers say.

Research at WSU to understand how the mechanisms of tick immune systems operate could help uncover ways to affect how ticks carry and transmit diseases, many of which affect humans.

One type of tick, Ixodes scapularis, can transmit at least seven different diseases from feeding on the blood of a host, a number that is relatively high when compared to other bugs and insects that carry disease, said Dana Shaw, microbiologist and researcher at WSU.

Shaw said the I. scapularis’ high vector competency or ability to carry and transmit diseases, is what caught her attention. She wanted to study how the immune system of a tick operates to understand what mechanisms affect a tick’s ability to spread disease.

Shaw said much of what is known about the mechanisms and chemical pathways of arthropod immune systems comes from research done with Drosophila, a genus of fruit fly.

With the Drosophila, the biochemical pathway leading to an immune system response to certain gram-negative microbial infections is triggered by the presence of transmembrane peptidoglycan recognition proteins, or PGRPs.

In other words, the PGRPs are necessary to trigger an immune system response to these infections in the Drosophila.

Genome sequencing research done on the I. scapularis tick previous to Shaw’s study had indicated that transmembrane PGRPs and other downstream molecules were not present in I. scapularis ticks as they were in the Drosophila.

This led Shaw and colleagues to ask how the biochemical pathways that cause an immune response in the I. scapularis were being triggered without the presence of molecules similar to transmembrane PGRPs and other downstream molecules in the Drosophila.

Shaw’s research group is now hypothesizing that the immune response in ticks is triggered by a cellular reaction known as the unfolded protein response, or UPR.

After analyzing the transcriptional response of a sample of I. scapularis ticks, Shaw’s team found 14 genes that indicated the potential for a UPR activation in the event of an infection with the Anaplasma phagocytophilum pathogen.

In humans, it is known as known as granulocytic anaplasmosis, and can cause respiratory failure, organ failure or death in its late stages.

To test the hypothesis that UPR activation would trigger an immune response to infection, the researchers used tick cell lines that had been infected with A. phagocytophilum. Before infecting the tick cells, a sample set of cells underwent a process known as transcriptional knockdown.

Kristin Rosche, scientific assistant at WSU, said transcriptional knockdown blocks specific RNA from creating the proteins it would normally create. In this case, it was used to block the UPR genes in I. scapularis ticks.

“Whether this is through an innate immune response or not is not yet known,” Shaw said. “We are still in early stages of the UPR project and we cannot draw any hard conclusions with our preliminary evidence.”

What this research may have uncovered is knowledge about a new immune signaling pathway that could affect a tick’s ability to carry and transmit pathogens.

Rosche said this research is significant because tick habitats are changing and expanding to new areas, and tick-borne diseases are difficult to diagnose and treat.

This research is a step toward developing preventatives for certain tick-borne illnesses, even if that possibility is far away.

“This research is necessary in order to have other people take the next steps,” Rosche said.

Why wouldn’t research on sexual transmission be done on the most common vector borne disease?

This is the million dollar question that remains unanswered.

Comments Off on Understanding Disease Transmission in Ticks