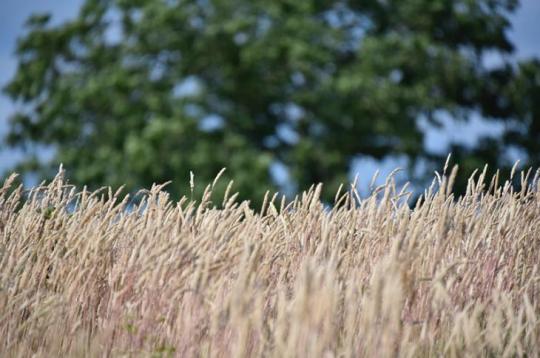 The spread of tick diseases on the Vineyard is a growing public health concern.  Jeanna Shepard

With tick-borne diseases a growing matter of public health concern on Martha’s Vineyard, education and prevention are more important than ever, the state’s leading expert in infectious diseases said in an interview this week.

Dr. Catherine Brown, the state epidemiologist and senior scientist for the Massachusetts Department of Public Health, spoke with the Gazette by telephone following the death of a Vineyard seasonal resident from tularemia in late August. Davio Danielson fell ill after cutting brush on his Oak Bluffs property; he later died after seeking treatment at a Northampton hospital near his home in western Massachusetts. The cause of death was confirmed by his family as tularemia, contracted on Martha’s Vineyard.

Citing laws that protect patient privacy, Dr. Brown, a veterinary doctor who specializes in infectious diseases, would not discuss the specific case.

But she did confirm that unlike other tick-borne illnesses such as Lyme disease, in New England tularemia occurs uniquely on the Vineyard.

“Martha’s Vineyard is actually a hot spot for tularemia — other hot spots in the country are more in the Arkansas and Missouri area,” Dr. Brown said, explaining that the disease first cropped up in the 1930s after hunters transported rabbits to the Island from Arkansas, where it is known as rabbit fever. “The year after those rabbits were introduced the first cases of tularemia were identified on the Vineyard,” she said.

She said tularemia can occur in many forms, with at least six different manifestations of the disease on the Vineyard. The most common form on the Island is the otherwise rarely seen pneumonic form, when the bacterial organism becomes airborne, usually from a dead or decaying animal that was infected.

In 2000 there was an outbreak of pneumonic tularemia on the Vineyard, with some 16 cases reported in a single year.

“It was so unprecedented that the Department of Public Health called in The Centers for Disease Control,” Dr. Brown said. “That was when the association between brush cutting and lawn mowing was made . . . the relatively high occurrence of the pneumonic form of tularemia has remained a problem until more recently,” she added.

Now, Dr. Brown said an increasing number of cases of tularemia that were transmitted by a tick bite are being seen. Tularemia is transmitted by dog ticks, which also can transmit Rocky Mountain spotted fever. Lyme disease, babesiosis and erlichiosis, which are transmitted by tiny deer ticks, also occur on the Vineyard.

And with the relatively recent spread on the Island of lone star ticks, a new species, Dr. Brown said there is added concern about the potential for more disease transmission.

The Martha’s Vineyard Tick-Borne Illness Prevention Program, spearheaded by the Island boards of health and led by biologist Richard Johnson, has been tracking and documenting the spread of lone star ticks for the past three years. First confined to a remote area of Chappaqudidick and Aquinnah, lone star populations are popping up in many others areas around the Island.

“The newer player we have been seeing emerge — the lone star tick — also has the potential to spread tularemia,” Dr. Brown said. “I think that is something we need to watch over time. The question will be are we seeing a change in the primary mode of transmission on the Vineyard because of a new species of tick, or is it because of the environment? I think we need to watch carefully and look at how that new tick may be interacting in the environment with the pathogens and the people. Time will tell. We don’t know yet. The good news is that the prevention messages stay the same.”

Meanwhile, the work of the tick-borne illness prevention program remains ongoing, with new maps created this summer by the Martha’s Vineyard Commission showing tick populations around the Island.

Efforts to reduce the size of the Island deer herd could get another boost with a proposal to put a refrigerated facility on Agricultural Society land in West Tisbury where hunters can hang their deer while waiting for them to be processed. The West Tisbury board of health was due to consider the proposal at a meeting Thursday.

A deer processing program which donates and distributes fresh venison on the Island was begun last year by the Island Grown Initiative.

With no state funding available, all the education and prevention programs rely solely on donations.

There will be an extra week of bow hunting for deer this year too, sanctioned by state Fish and Wildlife officials.

Dr. Brown praised the work of Mr. Johnson and other community groups on the Vineyard that are leading the way in tick-borne illness prevention and education.

https://madisonarealymesupportgroup.com/2016/10/25/of-rabbits-and-men/ Transmission can occur through the skin or mucous membranes when handling infected animals as well as through tick bite, contact with fluids from infected deer flies, mosquitoes or ticks, handling or eating undercooked rabbit, drinking contaminated water, inhaling dust from contaminated soil, and handling contaminated pelts or paws of animals. It can also be inhaled from infected hay, grain, or soil. Dr. Lepore had patients who contracted it from their pet dog who shook rain water on them after chewing on a dead rabbit, as well as from folks eating road kill, a person who held sick animals, and a gentleman who slept with his pet bunny.
http://www.siumed.edu/medicine/id/tularemia.htm
Tularemia, in aerosol form, is considered a possible bioterrorist agent that if inhaled would cause severe respiratory illness. It was studied in Japan through 1945, the USA through the 60’s, and Russia is believed to have strains resistant to antibiotics and vaccines. An aerosol release in a high population would result in febrile illness in 3-5 days followed by pleuropneumonitis and systemic infection with illness persisting for weeks with relapses. The WHO estimates that an aerosol dispersal of 50 kg of F. tularensis over an area with 5 million people would result in 25,000 incapacitating casualties including 19,000 deaths.

Comments Off on After Tularemia Death, Experts Stress Education