Good News For Pain Patients & Their Physicians From the U.S. Supreme Court

Good News for Pain Patients and Their Physicians from the U.S. Supreme Court 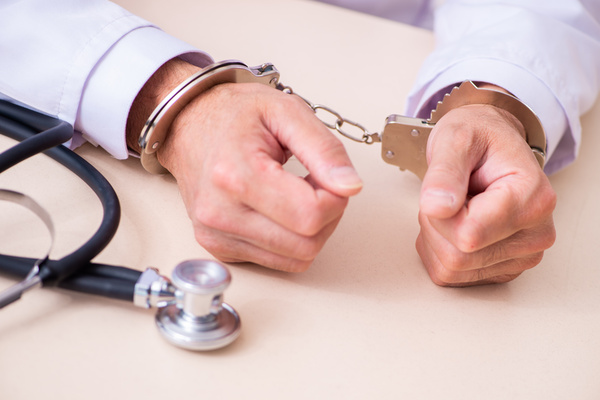 In a rare unanimous decision, the U.S. Supreme Court recently held that a physician who writes opioid prescriptions for their pain patients is not committing a criminal act. This will hopefully put an end to physicians refusing to treat pain patients due to fear of criminal prosecution.

History of Prosecution of Physicians for Opioid Prescribing

For over two decades the U.S. Drug Enforcement Agency (DEA) has been selectively raiding the offices of physicians who were writing prescriptions for high doses of opioids, seizing their records and assets, and charging them as drug dealers under the Controlled Substances Act (CSA). While a few of these doctors may have been operating pill mills, writing prescriptions or directly selling opioids to recreational users or drug addicts, most were engaging in the legitimate practice of medicine. They were prescribing opioids to help their pain patients manage their pain.

These targeted physicians lost their licenses, life savings and livelihoods, and many ended up in prison, some for terms of 20 years or longer. This has had a chilling effect on other physicians, many of whom abruptly discontinued or abruptly tapered their opioid-dependent patients off their opioids or abandoned them altogether. The practice became much more common after the CDC published opioid prescribing guidelines in 2016 with recommended dosage and duration limits.

This abrupt reduction in opioid prescriptions caused great suffering for pain patients, throwing them into horrific withdrawal and left them with no way to manage their pain. These patients were shunned by other doctors who were afraid to take them on. Some patients committed suicide; others turned to more dangerous street drugs. The rest suffered more and had reduced functionality and quality of life.

The Supreme Court Decision on Prosecution of Opioid-Prescribing Physicians

“the Government must prove beyond a reasonable doubt that the defendant knowingly or intentionally acted in an unauthorized manner.”

Previously the standard of proof being used was a preponderance of evidence, a lower bar that the justices found unsuitable given the harsh sentences that were possible under the CSA. Also, previously the defense that doctors were acting in good faith to help their pain patients as authorized by their licenses was not accepted by the lower courts.

This is not a “get out of jail free card” for Ruan or Kahn. Their cases are being referred back to the lower courts for review or retrial under the new standards. The same holds true for any other physicians currently serving time for similar charges. It remains to be seen at what point other physicians will feel reassured and feel safe to prescribe opioids again.

One Prosecuted Physician Who Has Been Documenting the Abuses

I recently spoke with Linda Cheek, a retired family practice physician who operates a website, www.doctorsofcourage.org, that tracks cases of physicians charged with opioid drug crimes. Her website currently lists over 1800 physicians who’ve been targeted and the outcomes of their cases. Dr. Cheek was herself charged under the CSA and spent 26 months in prison as a result.

At the time Dr. Cheek was arrested, she was in solo practice as a family practice physician in Virginia. She practiced integrative medicine, combining alternative treatments, including homeopathy and prolotherapy, to treat the root causes of her patients’ pain. She was prescribing opioids as needed until her patients’ pain levels decreased and she could safely taper them off their medication. (As an aside, I first met Dr. Cheek at an integrative pain management conference.)

Dr. Cheek reported that one day 20 law enforcement agents unexpectedly raided her office on the pretext of Medicare/Medicaid fraud and later charged her with drug crimes under the Controlled Substances Act. This is a common tactic, reports Cheek, as almost anyone can be found on a technicality to have committed Medicare/Medicaid fraud. Although Dr. Cheek has completed her prison sentence, her license to practice medicine is still revoked.

According to Dr. Cheek, doctors, particularly minority doctors, who practice alone, have been the primary targets of these arrests. This is because these doctors do not have large institutions to back them up as physicians do who practice in hospital or other large healthcare settings.

It remains to be seen what will happen to Ruan and Kahn when their cases go back to the lower courts and what will happen with other doctors who have been prosecuted under the CSA. It will most likely take a while for physicians who treat pain to be reassured that they are no longer at legal risk for using tools they are authorized to use to help their patients, but this Supreme Court decision is at least one step in the right direction.

As long-time readers of my blog know, I am not a fan of opioids for pain relief. I believe there are safer and more effective options. However, most physicians are not educated in alternative treatments for pain and those that are find that most of their patients cannot afford to access alternatives due to lack of insurance coverage. Criminalization of opioid prescribing for pain has resulted in significant harm to patients and their physicians and the sooner this stops the better. Patients and their doctors need education about and affordable access to alternative care and the ability to voluntarily taper if and when other methods relieve or eliminate their pain.

The author, Cindy Perlin, is a Licensed Clinical Social Worker, certified biofeedback practitioner and chronic pain survivor. She is the founder and CEO and the author of The Truth About Chronic Pain Treatments: The Best and Worst Strategies for Becoming Pain Free. She’s located in the Albany, NY area, where she has been helping people improve their health and emotional well-being for over 28 years. See her provider profile HERE. She is available for both in-office and virtual consultations.

Comments Off on Good News For Pain Patients & Their Physicians From the U.S. Supreme Court