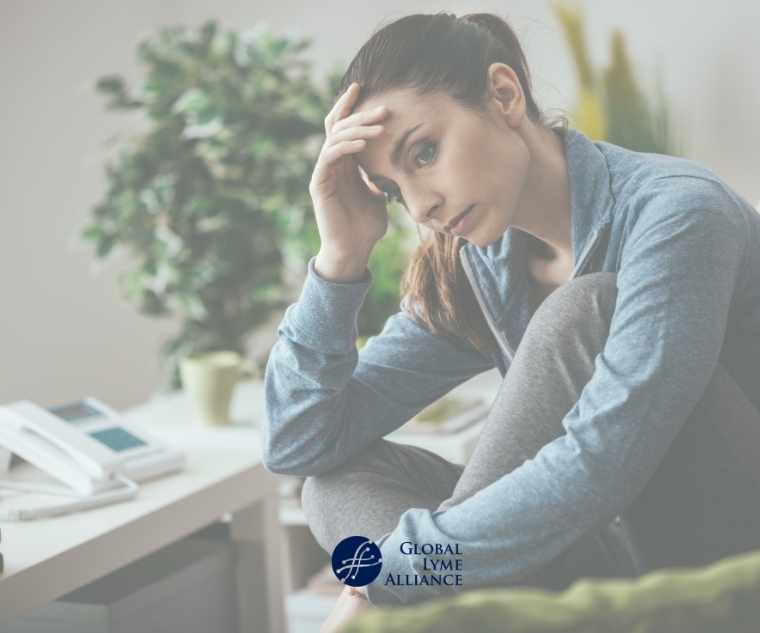 It’s a line many Lyme patients have heard from family, friends, co-workers, and even physicians. Particularly for those struggling with undiagnosed Lyme disease, this suggestion is a popular “answer” when patients don’t otherwise fit into an easy diagnostic box. When I was first wrestling with symptoms of tick-borne illness at age 19, a nurse at my college health center said, “Maybe you should see someone in counseling about all of this” when she tired of my frequent visits for hypoglycemia, fatigue, headaches and fevers. At such an impressionable age, I worried she was right.

In some ways, she was. Seeing a counselor might have helped me work through the complex emotions of being sick, not having a diagnosis, and not being able to keep up with my peers academically or socially. Later, when I was being properly treated for Lyme disease, babesiosis, ehrlichiosis, possible bartonella, and chronic active Epstein-Barr virus, a therapist was an important part of my support system.

But seeing a therapist wouldn’t have solved my physical ailments, because depression was an effect of them, not the cause. Anyone who suffers from a long-term illness, who wakes up day after day feeling like they never slept, who can’t get out of bed, is bound to get depressed. For some people, chemical depression is indeed the diagnosis that causes both mental and physiological symptoms. For Lyme disease patients, however, depression is a symptom of that tick-borne infection.

A recent study by Dr. Michael Eriksen of Copenhagen University and Dr. Brian Fallon of Columbia University showed an increased risk of psychiatric illness in Lyme disease patients. Collecting data from over 7 million Danish people over 22 years—including 12,000 people diagnosed with Lyme disease—the researchers found that with a single diagnosis of Lyme disease, there is a 24% increased risk of any mental disorder, including depression. Two or more episodes of Lyme disease increases that risk to 79%. This elevated potential for mental disorders was highest in subjects ages 20-29. Having struggled with depression throughout college and my early twenties, both as a side effect of being sick and as a side effect of Lyme disease itself, I can certainly attest to the particular vulnerability of young people.

If this list seems scary, don’t despair. While Lyme disease, especially when complicated by co-infections, can have devastating effects, those effects can also improve significantly with proper treatment. Antibiotics and complementary therapies helped me battle my tick-borne illnesses into remission. While I do still struggle at times with anxiety and depression, they are much better than they were when I was first sick. Talk therapy, medication, and cognitive behavioral therapy have all helped. So has understanding the derivation of my anxiety and depression, and recognizing that when they do flare up, it generally means that Lyme disease symptoms are flaring, too. For example, I have noticed that when I get over tired, I get very sad. Nothing external triggers this sadness; it’s brought on by inflammation and fatigue. Rest—and occasionally small tweaks to my protocol—help me get back on track.

If you have depression as part of tick-borne illness, please know that this is normal, and that there is help. Speak with your Lyme Literate Medical Doctor (LLMD) about psychiatric treatment and/or talk therapy, and know that things can get better. I am living proof.

Some; however, struggle more than others and require psychiatric help.  Just make sure you get a psychiatrist who you have vetted and is at least “Lyme friendly, if not “Lyme literate,” as I’ve heard stories of abuse from these professionals who are uneducated and misinformed as to what Lyme/MSIDS can do to your emotions and cognitive/psych issues.

One thing is for sure: proper, appropriate antimicrobial treatment will help alleviate or take away these symptoms all together.

Comments Off on Lyme Disease & Depression

Of Alzheimer’s, Lyme, and Family Caught in the Squeeze