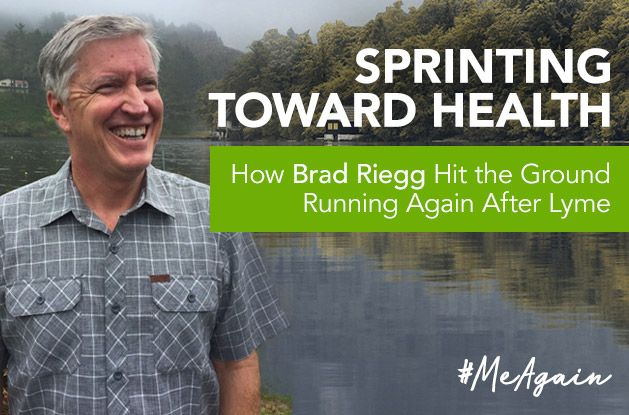 Like many people struggling with chronic Lyme disease, Brad Riegg felt perfectly fine — strong, fit, and vibrant even — until he didn’t.

A small business owner in Oregon and father of five, Brad had always been active and athletic. He did cross country in high school and ran a half marathon in college, averaging an impressive 5:15 minute mile. On the morning of his wedding day in 1987, Brad ran the Bay to Breakers 12K race in San Francisco dressed in a fake tuxedo t-shirt with his groomsmen by his side.

As the years passed, he and his wife walked or biked miles together every day, and he loved playing basketball with his sons. “They’re about six inches taller than me so that’s always a challenge, but I have more weight on them, so I can kind of push them around a little bit,” Brad jokes.

“I would try to run and could barely get two laps in, the pain in the soles of my feet was so bad.”

The first sign of something wrong came in the form of shingles that infected his eye in 2011. “It was really, really painful — I felt like I had an icepick in my eye for about three weeks,” says Brad. An antiviral medication cleared up the infection, but looking back, Brad now considers it an indication that his immune system was compromised.

It would be seven years before his health took another bad turn, but this time, the symptoms weren’t going away without a fight. First came the jolts of joint pain. “It was like bee sting pains — really sharp, but short — that just kind of surprised you,” Brad describes.

Then he started experiencing debilitating pain in the soles of his feet. “I would try to run around a nearby park, and I could just barely get two laps in, the pain was so bad the whole time.” 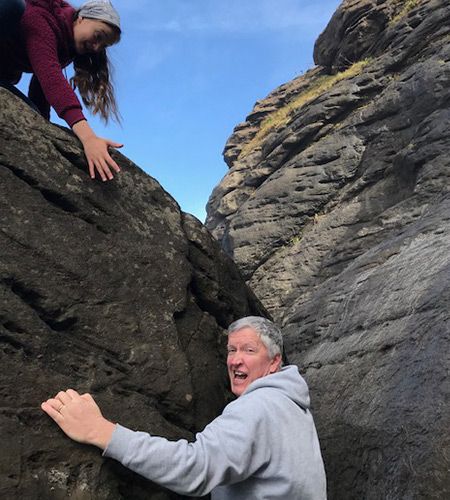 Doctors diagnosed him with rheumatoid arthritis and plantar fasciitis, which was more than enough to cope with, but then more symptoms set in. “I had brain fog and a crummy-feeling stomach that would wake me up at night — not like I was going to throw up, but just bad,” Brad says. “I also had night sweats and a bad sleep cycle; I was waking up in the middle of the night and then not able to go back to sleep.”

It was another eye infection that led him to believe something bacterial was to blame. “My eye was horribly red under my lower lid. One ophthalmologist said I had a virus on my cornea, but another said it was some kind of bacteria, and he put me on doxycycline for a full year.” The antibiotic resolved the eye infection — as well as his joint and foot pain. “I thought, ‘Huh — maybe that rheumatoid arthritis diagnosis wasn’t right,’” says Brad.

“Dr. Rawls’ book was enough to give me the clue that I think I’m dealing with Lyme.”

Meanwhile, the effects of taking doxycycline long-term were taking their toll, and Brad felt as if his body was starting to break down — digestive issues and inflammatory bowel disease are a common side effect of long-term use — not to mention the benefits of pain relief were starting to go away. He started online researching alternative causes for his symptoms online and found that all signs were pointing to a new culprit: Lyme disease.

More Googling led him to Dr. Bill Rawls, an integrative health and Lyme disease expert who forged his own, natural path to recovering from chronic Lyme disease using a combination of herbal therapy and healthy lifestyle changes. Brad attended an educational webinar on Lyme hosted by Dr. Rawls, and read his book, Unlocking Lyme. “I just glanced through it because I didn’t have a lot of energy for even reading, but it was enough to give me the clue that I think I’m dealing with Lyme.” 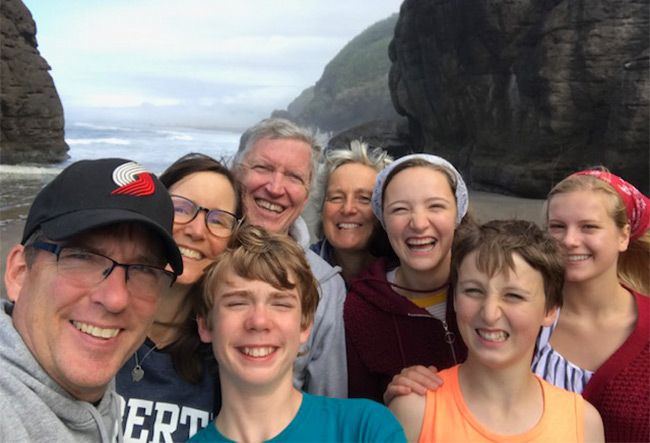 Brad made an appointment with a new naturopathic doctor, who tested him for Lyme despite a previous negative test, and it came back positive for three common Lyme coinfections. “I asked the doctor, ‘Are you sure? Does this really mean I have Lyme?’ I had tick bites when I was young, but that was at least 40 years ago. But she said, ‘Yes, you definitely have it.’ That’s when I started Dr. Rawls’ herbal protocol.”

“When you’re really down and out and you feel like just giving up the fight, hang in there.”

That was in September of 2019. Today, Brad says he’s about 85% to 90% back to his normal, healthy self again. “I didn’t have big results fast — I just gradually got better and better, with plateau periods where I would just hover for a while. But I would stay on the protocol and keep getting better.” Within about six months, Brad says he really turned the corner to feeling significantly better.

“We go on a mission trip every year to Mexico, where we do a lot of walking every day, and the last few years the pain in my feet was so bad that I would just lie down at night and I could barely get back on my feet,” he says. “This March, we were down there, and I could walk the whole time, and didn’t really have an issue with it.” 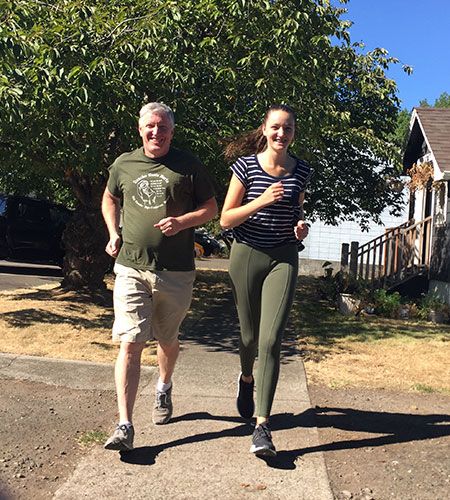 Brad has also returned to one of his favorite pastimes — running. “My daughter likes to get me out there before breakfast about five days a week. I don’t really have any symptoms anymore except I still notice the pain in the bottom of my feet once in a while.”

Brad plans to continue Dr. Rawls’ protocol long-term, and perhaps try titrating down his doses to see if it’s enough to maintain his health. This notion of sticking with what works and not giving up is something he advises others to do who are going through the struggle of overcoming chronic Lyme disease. “When you’re really down and out and you feel like maybe just giving up the fight, hang in there, and keep doing the research to find solutions even when it’s really hard to do it,” he says.

Three other pieces of advice Brad would share to those in similar shoes:

Welcome to the #MeAgain Story Series. Our aim is to share stories from people who have recovered, or are recovering, from chronic disease in order to give you hope that healing is within your reach. This series will highlight their struggles and triumphs to inspire you to take action and reclaim your life. Enjoy!

Comments Off on [#MeAgain] Sprinting Toward Health: How Brad Riegg Hit the Ground Running Again After Lyme