PANDAS AND LYME DISEASE IN A 7-YEAR-OLD CHILD 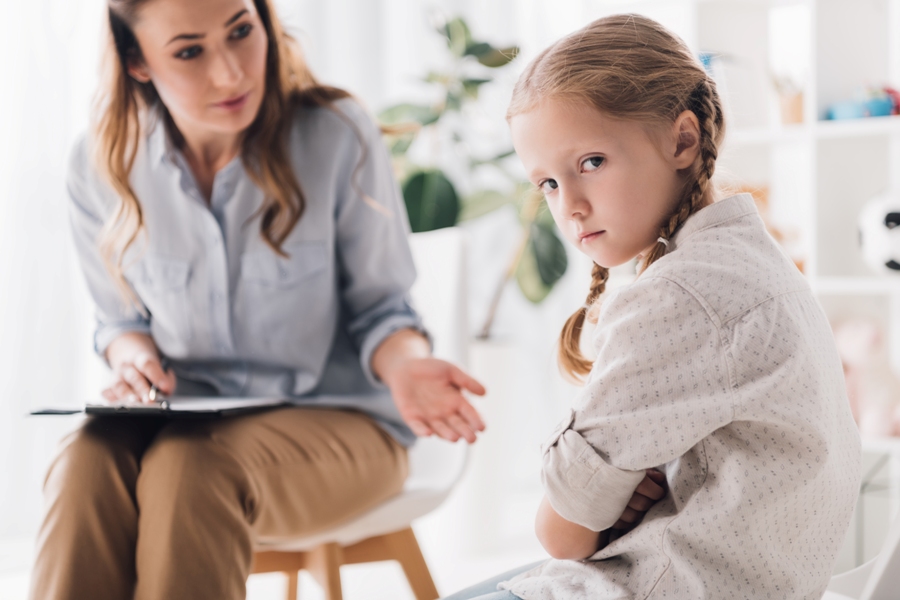 Hello, and welcome to another Inside Lyme Podcast. I am your host Dr. Daniel Cameron. In this podcast, I will be discussing the case of a 7-year-old child who was initially diagnosed with PANDAS and later, Lyme disease.

The 7-year-old girl developed multiple physical and neuropsychiatric symptoms six months after travelling to a tick endemic region of the U.S. During this period, she was treated for 3 separate strep infections and was subsequently diagnosed with Pediatric Autoimmune Neuropsychiatric Disorders Associated with Streptococcal infections (PANDAS). PANDAS was considered based on classic symptoms and a history of strep, a positive ASO titer and a slightly elevated DNase B titer.

However, despite treatment, the patient’s symptoms continued to worsen. Additional testing revealed that she was also positive by CDC’s criteria for Lyme disease. The Lyme EIA and western blot IgM were positive (with 2 of 3 bands). The western blot IgG was positive for 3 of 10 bands at the IGeneX lab. Her B. henselae IgG was positive at Quest labs. Her IgG Mycoplasma and IgG Babesia duncani antibodies were positive at IGeneX.

The patient’s symptoms were extensive, Jones explains, and included:

The young girl was considered a gifted child and excelled in academics. But cognitive symptoms emerged. She reportedly told her mother, “Mom, something happened to my brain.”

“The patient regressed from being a year ahead of her class in math, to being unable to add beyond the number 10. She began having trouble comprehending more difficult reading,” the authors explain.

“During a ride home with her mother, the patient asked, ‘Who are you? What’s your name again?’ And ‘I know you are mommy but what’s your name?’”

PANDAS may be diagnosed when a strep infection triggers multiple neurologic and psychiatric symptoms. PANS or Pediatric Acute-Onset Neuropsychiatric Syndrome, on the other hand, may be triggered by other bacterial, viral or fungal infections. Researchers believe that Borrelia burgdorferi, the bacteria that causes Lyme disease can trigger PANS in some patients.

Lyme disease, PANS and PANDAS can present with similar symptoms. Dr. Bransfield, a psychiatrist who specializes in tick-borne diseases, describes a broad range of neuropsychiatric symptoms that he has seen in his Lyme disease patients. [2]

According to the authors, the child was treated with multiple courses of oral and IV antibiotics including: intravenous ceftriaxone, Omnicef 300 mg BID, Zithromax 250 mg BID, 500 mg BID and Tindamax 250 mg QD (Saturdays and Sundays only), Bactrim and Mepron. Despite this, her symptoms continued and the Cunningham Panel™ of tests was ordered.

“The Cunningham Panel was ordered to assess the presence of antineuronal antibodies against specific neuronal receptors,” the authors write. “If the Cunningham Panel is positive or strongly positive, that would be an indication that one has an autoimmune problem that needs to be treated with IVIG, as well as antibiotics,” explains Jones.

“Based upon the patient’s Cunningham Panel tests results, the decision was made to prescribe IVIG,” the authors write.

“Over a span of 31 consecutive months of treatment with various antimicrobials and 3 courses of IVIG she experienced complete remission and remains symptom free at the time of this publication.”

“Currently this patient appears to be fully recovered and has been discharged from the care of the pediatric Lyme disease specialist. She is asymptomatic and performing academically at the “top” of her class according to her mother,” the authors write.

According to Jones, “multiple concomitant infections may be involved and require treatment to effectively resolve symptoms. Improvement in neuropsychiatric symptoms does not typically occur unless all co-infections are addressed and resolved.”

This podcast addresses the following questions:

Please remember that the advice given is general and not intended as specific advice as to any particular patient. If you require specific advice, then please seek that advice from an experienced professional.

Comments Off on Pandas & Lyme in a 7-Year Old