Can You Really Sweat Out Toxins? The Truth About Exercise & Detoxing 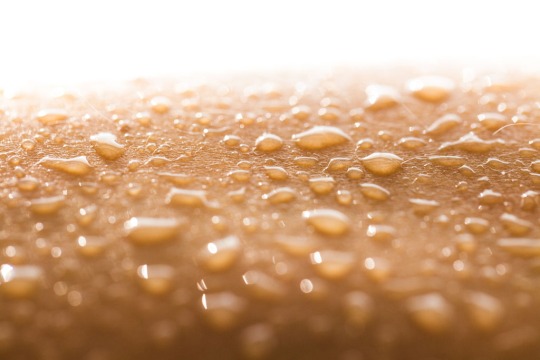 Can You Really Sweat Out Toxins? The Truth About Exercise and Detoxing

Exercise is one of those things that’s so good for you and has so much science backing up its advertised health benefits, it’s not hard to believe one more proclaimed benefit: That a good, sweaty workout would help expel toxins. After all, your body only has a few ways to get rid of waste, and it makes sense it would do so through the pores of its largest organ — skin — if given the chance.

In reality, the link between exercise and detoxification isn’t quite so simple. Exercise does play a huge role in the process, but it doesn’t have much to do with sweat. While researchhas found traces of heavy metals like lead, mercury, and cadmium in the sweat of those with high blood levels of the toxins, for example, whatever toxins are released through perspiration (if any) are likely an overall drop in the bucket compared to what’s eliminated via urine and stool. 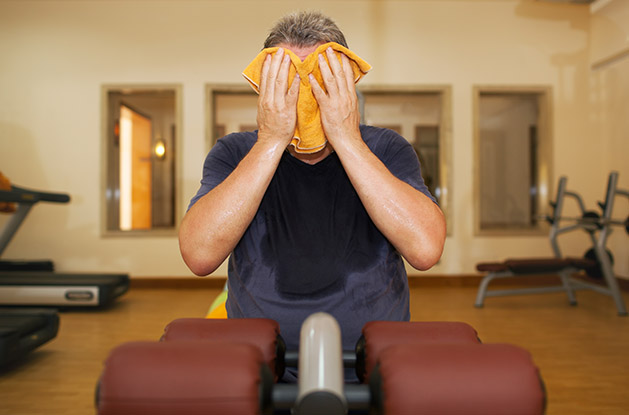 “Sweat is certainly an area of interest, and there’s the possibility that some things do come out in sweat,” says Dr. Bill Rawls, M.D., medical director of Vital Plan. “But sweat’s primary function is thermoregulation, not detoxing. The main way your body removes toxins is through the liver and kidneys, which process them and turn them water soluble so they can be expelled through urine and stool.”

Even so, being active does play an integral role in the detoxification process. Keep reading to learn more — plus natural ways to maximize the cleansing power of exercise.

For all of you who hear the word exercise and automatically think it means you must hit the gym, break into a jog, or otherwise go hard, relax — literally. While there’s certainly benefits to intense physical activity, low-to-moderate intensity activities are also extremely good for you, especially when it comes to detoxing.

“What we all really need is to just be active and move more throughout the day, and that can mean anything, really,” Dr. Rawls says. For example, everyday leisure activities like walking, biking and kayaking count. 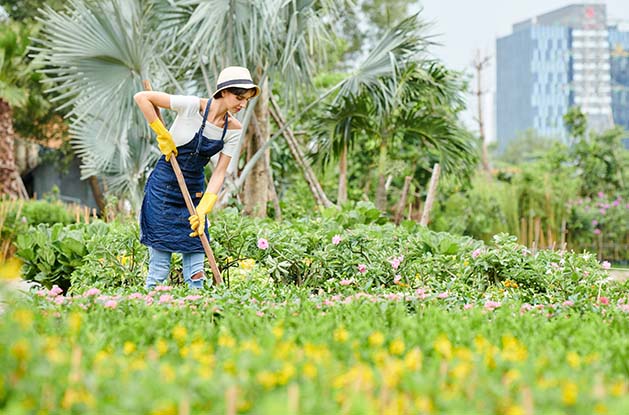 So does housework, gardening, and other “work” you might otherwise have a machine do, which might mean raking leaves versus blowing them, or washing dishes by hand instead of loading them into the dishwasher. “Our bodies were designed to move, and up until about 100 years ago, when we started processing and using petroleum, that’s what we did,” Dr. Rawls says.

Unfortunately, the modern world has dealt most people a one-two punch when it comes to toxins: Not only are we moving much less than our ancestors thanks to machines, appliances, cars, and industrial processes, we’re also exposed to many, many more toxins because of those exact things. We’re also exposed to toxins from cleaning and other household items, self-care products, as well as in food in drinks in the form of herbicide and pesticide residue, plus chemicals from plastic packaging. 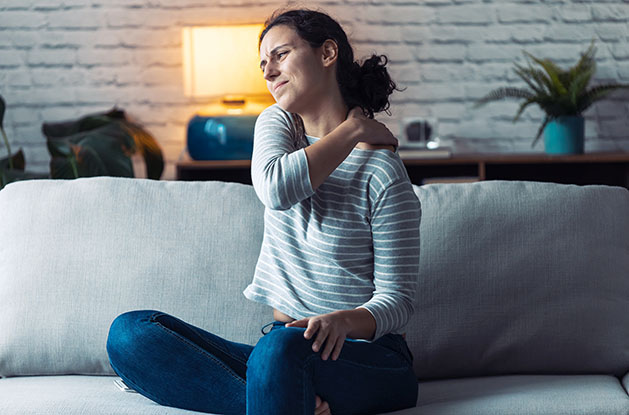 “All those toxins are not compatible with human life; they damage cells and DNA, they inhibit normal functioning of cells, and they interfere with cellular messaging systems,” Dr. Rawls explains. Many also are free radicals that directly attack cells.

All combined, toxins put an enormous amount of stress on cells, causing them to burn out faster, which ultimately accelerates aging. In other words, detoxing is not only key for your health and healthy functioning of your systems now, it’s an investment in longevity, he says. And that’s why exercise, especially, which is already a multifaceted, well-known age decelerator, is the perfect detox tool.

All cells are water-based and bathed in what’s called extracellular fluid, which helps encourage cells to release toxins and carry them away to the liver and kidneys for disposal, Dr. Rawls says. However the less you move, the more that fluid stagnates and the more toxins build up in your system and can do damage.

“You don’t have to do triathlons or run 10 miles a day,” says Dr. Rawls. “Just make it your goal to move more throughout the day, which is enough to flush out toxins from cells and the fluid around cells and keep it flowing.”

Physical activity has also been proven time and again to help control inflammation, which reduces your body’s overall toxic load. Because while there are plenty of toxins we take in from the external world — from air pollution or pesticides, for example — chronic inflammation is itself toxic to our cells and produces an overabundance of natural “toxins.”

Here’s what’s happening: Under normal, healthy conditions, the body uses free radicals to break down cellular waste — the byproducts produced by cells as they make energy as well as other debris like bacteria or neutralized viruses. That waste is then carried away through the lymphatic system and filtered out in lymph nodes. The process is typically tightly controlled because free radicals also break down healthy tissue. 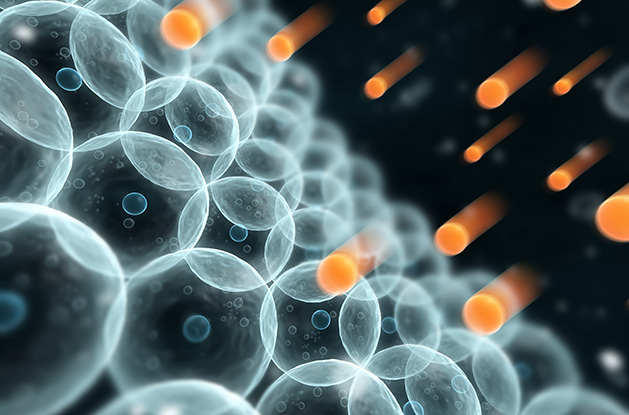 However, when cells are stressed due to environmental toxins, as well as psychological stress, a poor diet, lack of sleep, and other factors, cells produce more waste and burn out more quickly. That leads to a flood of excess free radicals, which also begin breaking down more and more healthy tissue, leading to more waste. It’s a vicious cycle that contributes to chronic illness and accelerates the general aging process.

“In short, chronic inflammation is a reaction to the whole plumbing system of the body becoming overwhelmed and getting clogged and backing up,” Dr. Rawls says. “Your cells are so polluted that your system is collecting waste at a faster pace than the normal flow can get rid of.” Physical activity is effective because it helps both reduce inflammation and help clear lymphatic congestion.

3. It Helps Reduce Places For Toxins to Hide.

Fat tissue seems to be one place certain toxins like to hide once they get inside your body. And research suggests those who are overweight or obese tend to have higher body burdens of common environmental toxins. Exercise, along with a healthy diet, helps reduce fat tissue and keep your weight and, potentially, the amount of toxins in your system in check.

Herbs That Support Your Detox Efforts

Increasing your daily activity will go a long way toward more effective detoxification. Add supportive herbs into the mix, and the results are likely to be even better. Here are a few areas and specific herbs to focus on, according to Dr. Rawls:

Adaptogens are very beneficial overall because they help balance and support a number of different functions and systems. One of their most important jobs, however, is supporting the immune system, which controls your body’s inflammatory response. So while they’re well-known for their anti-inflammatory powers, they also help protect the vascular system and liver.

Plants known to help protect cardiac function and your vascular system help ensure good circulation and blood flow for the carrying away of toxins. They also contribute to the cardio-protective effects of exercise, Dr. Rawls says.

Most herbs have anti-inflammatory (as well as antioxidant) powers. However certain plants and other substances are known to help system-wide inflammation, as well as the inflammation that can contribute to the painful joints that otherwise may make exercise uncomfortable.

“We’re exposed to so many toxins these days that we’re burning out our liver cells quickly,” Dr. Rawls says. Herbs that help protect liver cells do so by increasing their natural antioxidant protection. And the healthier your liver, the better the detoxification process.

No matter what you do when you start to think about optimizing your body’s detoxification powers, be wary of products that claim too-good-to-be-true cleansing powers. Most of them simply pump you full of natural laxatives without actually addressing the bigger, underlying issues, Dr. Rawls says.

The truth is, you already have the best detox tool available — the ability to move. Look at products, then, that help support healthy functioning of your cells and body so you feel motivated, energized, and ready to get up and go.

Comments Off on Can You Really Sweat Out Toxins? The Truth About Exercise & Detoxing